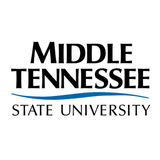 Article by Patsy B. Weiler, Allison Gorman, and Drew Ruble

From Murfreesboro to Montana, the work of the MTSU Center for Historic Preservation (CHP) continues to expand both academically and geographically, administering millions of research dollars along its path.

Arguably the center’s biggest impact is on the communities of Tennessee—large and small, rural and urban—in developing and providing, at no charge in most cases, historic preservation plans, historic structure reports, heritage tourism plans, Main Street program assistance, National Register and survey projects, and a host of other related assistance. The center also provides administrative and planning assistance to many of Tennessee’s heritage organizations.

Along the way, MTSU master’s and doctoral students in Public History have worked alongside the CHP’s nationally recognized director, Carroll Van West, and his staff, getting real-world historic preservation experience. (The Ph.D. program, launched in 2005, is one of only six in the nation.)

“There is no better way to learn history and develop a passion for it than to go put your hands on it,” West said.

Since 1985, CHP staff have managed the Tennessee Century Farms program to identify, document, and recognize farms that have been continuously in the same families for at least 100 years. The ongoing research has certified more than 1,800 Century Farms scattered across Tennessee’s 95 counties. The program allows the CHP to collect information necessary to interpret agrarian history and has become a model for similar programs in numerous other states.

A second major statewide project, the Rural African American Church Survey, has engaged congregations large and small in the preservation and heritage development of these extraordinary properties, leading to many National Register of Historic Places nominations such as Parker's Chapel Baptist Church in Portland, Tennessee, listed in 2021.

In 2001, the CHP also became the administrator of the Tennessee Civil War National Heritage Area, a private-public partnership with the National Park Service and the first National Heritage Area in America managed by a university. During the ensuing two decades, CHP staff and students have steadily enhanced the effectiveness of statewide Civil War interpretation, preservation, education, and heritage tourism efforts, effectively overseeing nearly $8.2 million in funds. The program is a go-to institution for communities, nonprofit groups, government officials, and property owners who wish to join efforts to tell the state’s story of the Civil War, one of America’s greatest challenges.

The CHP gives priority to requests for assistance with African American history, especially with historic schools, churches, and cemeteries. CHP staff and graduate students have met with citizens to prepare National Register nominations for Beck's Knob Cemetery in Chattanooga and the Evergreen Graveyard in Murfreesboro. West also is working with two MTSU alumni, Katie Randall and Cheri Szcodronski, to landmark key places and neighborhoods associated with the Civil Rights Movement in Montgomery, Alabama. Additionally, West and graduate students are nominating the African American “campsite” farms along the Selma to Montgomery National Historic Trail.

Tennessee has clearly benefited from the tireless work of the center, but CHP’s geographic scope has significantly expanded since the calendar flipped to the 21st century.

During the summer of 2021, CHP staff and students began to put boots on the ground in Butte, Montana, to establish an Ethnic Community History Center. An agreement allows a center graduate student to work in Butte during the next four summers. Outside of Santa Fe, New Mexico, the CHP is nominating the 300-year-old El Rancho de las Golondrinas to the National Register.

SHOWCASING HOW UNIVERSITIES CAN WORK WITH PUBLIC AGENCIES AND NONPROFIT ORGANIZATIONS IS PART OF THE MISSION.

The center also expanded its role in the preservation of famous sites associated with 20th-century American popular music. In 2016, the RCA Studios Building in Nashville was listed in the National Register of Historic Places. National Register nominations for Nashville’s Exit/In music club and King Studios in Cincinnati (where James Brown recorded) have been completed. The latter project combined the center's expertise with MTSU Music Industry Professor Charlie Dahan, a partnership that will next tackle the possible nomination of Gennett Records in Richmond, Indiana, the location of pivotal early records from such jazz and blues masters as Louis Armstrong and Charley Patton.

HEAD OF THE CLASS

The CHP’s expansive fieldwork is impressive. So, too, is the CHP’s status as a national stalwart in the development of teaching methodology related to American history.

In 2008, the MTSU center joined with the Library of Congress and received funds for the Teaching with Primary Sources program across Tennessee. Five years later, when the Library of Congress released the first issue of Teaching with Primary Sources Journal, it was all about CHP’s work in Tennessee teaching the Civil War era in a multidisciplinary context. Thousands of teachers across the nation have since read the edition and used the materials in their classrooms.

“Teaching about the Civil War with primary sources—original documents and objects that were created at the time under study—provides opportunities for expanding this familiar topic in history into subject areas as varied as geography, language arts, and science,” the journal stated, “giving students unique opportunities to discover how this epic struggle bled into nearly every aspect of American life.”

Kira Duke is the CHP education specialist leading the Library of Congress’s Teaching with Primary Sources program. The endeavor has received approximately $1.75 million in grant money since its inception, including current funding of $146,000.

A desire of educators to further understand the rich history of World War II and its impact on Tennessee similarly led to a $43,000 Library of Congress grant.

“Our goal is to create a comprehensive, primary source-centered curriculum on World War II’s impact on the Tennessee Homefront that can be used in fifth grade, high school, and U.S. history survey undergraduate classes,” Duke said.

“Showcasing how universities can work with public agencies and nonprofit organizations is part of the mission of the Center for Historic Preservation,” summed up West, who is also the Tennessee state historian.

“These projects not only enhance education and economic opportunities in Tennessee, but they also allow us to provide significant hands-on professional experiences for MTSU students and give them a competitive edge in the national marketplace.”

AN ARMY OF PRESERVATIONISTS

Indeed, developing students has been central to the CHP’s mission since it was established in 1984 by the Tennessee General Assembly as MTSU’s first Center of Excellence.

MTSU alumna Annabeth Hayes knows the education and hands-on experience she received while studying at the CHP gave her the tools to be successful in her job at the Tennessee State Museum.

Since 2019, Hayes has been curator of decorative arts and is “responsible for the care, research, and exhibition of the museum’s decorative arts collection, which includes furniture, silver, ceramics, and other related objects,” she said.

“In this role, I’m also the curator that is responsible for the collection at the Tennessee Executive Residence,” added Hayes, a CHP research assistant during 2015–17. She graduated from MTSU in 2018 with a master’s concentration in Public History.

Torren Gatson, an assistant professor in the field at the University of North Carolina–Greensboro, attended during 2014–18 and earned his Public History Ph.D.

“The impact of the [CHP] on the field is obvious just from the hundreds of former students who are now leading preservationists and scholars across the United States,” Gatson said. “Each one is a constant representation of what the CHP has meant for not only MTSU and historic preservation, but for the field of public history at large.”

“While none of us walked into our current positions straight out of graduate school in Murfreesboro, I do believe that our education and hands-on training at MTSU gave us a foot in the door, which undoubtedly led to where we are now,” Durbin said.

Future fireworks on the CHP drawing board include Tennessee’s plans to commemorate the 250th anniversary of the American Revolution and Declaration of Independence.

In late 2020, West was named as the initial chair of the Tennessee 250th Commission, created for the semiquincentennial celebration of the United States, on July 4, 2026.

West firmly believes the center’s future is exciting, yet challenging as well.

“Over the last 38 years, MTSU has grown and matured so, so much as a leading higher education center that it consistently attracts stronger students, faculty, and staff from all walks of life,” he said. “We are so much stronger today because we are more diverse, inclusive, and representative of the state and nation; there is literally no place the center cannot go and make a positive impact.”

According to West, the CHP’s graduate research assistants will be of immeasurable help in navigating this new landscape.

“Not only do they ‘stretch’ us in that their ideas, needs, and goals are different from those of a generation ago, but they also come with those 21st-century skills in communication, research design, and community outcomes that we could have never envisioned on our own,” he said.

With such fresh perspectives coming on board, the CHP is clearly positioned to continue making the adventure of exploring public history an amazing adventure indeed.

This story is from:
MTSU Research 2022
by Middle Tennessee State University