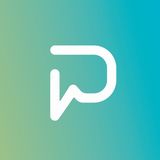 Remembering Kobe Bryant and his Legacy

“He has become so synonymous with sports in general,” senior marketing major Charles McKean said, “that you don’t even have to say his last name to know the name Kobe.”

Amotivator, leader, role model, baller, coach and dad: these are just some of the roles Kobe Bryant played during his life. He has inspired countless amounts of young men and women of an entire generation.

The biggest reason Bryant became so famous during his lifetime was his work ethic and mentality that was coined as “Mamba Mentality.” This mentality can be transferred across platforms, from basketball to academics to life.

“On the court, I think it means doing whatever it takes in order to be the best at your craft,” Jayneisha Davis, a junior basketball player, said. “Off the court, I think it applies the same. No matter if you play a sport or you’re just really focused on your academics, really tuning into the little things.”

Bryant was a five-time NBA champion, 18- time All-Star, the 2008 NBA MVP and a twotime NBA finals MVP. He finished his career third in scoring in NBA history. Bryant did not just get there overnight.

“I was listening to an interview where he was saying how he went to a tournament when he was younger and didn’t even score a point,” Will Young, a junior basketball player, said. “After that, he thought

it out like simple math. If the average player works out this amount a day for this amount of time, all he had to do was put in the extra work.”

That is exactly what Bryant did. He was infamous for showing up six, seven, even eight hours early on game day just to shoot around and watch film. It was this effort and drive that has inspired McKean, Davis, Young and countless others.

“It’s hard to find someone who is willing to give every single minute and every single ounce of themselves to stay dedicated to something,” McKean said. “To see someone who is able to put that into real life action, that’s what is the most inspiring.”

Bryant trusted the process and pushed himself beyond what anybody ever thought was possible for him to achieve.

“It’s not just in that moment, it’s a process. He’s giving everything up until that point,” Young said. “He’s doing everything he can when they win or lose, when he scores a lot of points or not. It just inspires people to try to even come close.”

As a little girl, Davis’ first NBA game she attended was one where Bryant was playing.

“I remember looking at my uncle and saying, ‘I like him.’ He was like, ‘You like Kobe?’ I was like, ‘No, I want to be Kobe,’” Davis said. “Because he did things that were never done before.”

One of those things was his fade-away. Bryant’s patented shot inspired youth all over the world to shoot trash into the trash can and exclaim, “Kobe!”

More important than his basketball life was his life as a “girl dad.” Because of that, Bryant was extremely influential in women’s sports.

Sarah and Payton Chester, John, Keri and Alyssa Altobelli, Christina Mauser and Ara Zobayan all left behind families. “I would probably just tell him thank you for everything he has done with the game,” Davis said.

While these people may not have had the fame and fortune of the Bryants, they all played an integral part in the life of Gianna and those around them. Their legacies will live on through their families and those lives in which they had touched. Kobe and Gianna Bryant’s will undoubtedly be carried on throughout their fans across the world.

“I definitely would’ve said, ‘Thank you for teaching people what the definition of hard work really is,’” McKean said.

To Kobe, Gianna, Sarah, Payton, John, Keri, Alyssa, Christina and Ara, you will not be forgotten.

“From what I’ve seen him do and heard him preach, I would say just to keep working hard at what I love,” McKean said about carrying on Bryant’s legacy.

Had they been given the opportunity to speak to Bryant, Davis and McKean did not hesitate when it came to their responses.

“He not only impacted the NBA, but he also impacted the WNBA and women's college sports,” Davis said. “So, you have people growing up trying to emulate what he has done, which is ultimately part of his legacy.”

Bryant’s second daughter, Gianna, also passed away in the helicopter accident. His other daughters, Natalia, Bianka and Capri have a big legacy to live up to. Davis believes that Bryant has laid the foundation for his daughters to follow in his footsteps.

“I think he left a great picture for them of what it means to be great,” Davis said. “He left those steps along the way, so they have something to follow.”

Bryant and Gianna died on their way to something they loved. Some of Gianna’s teammates were unfortunately on the helicopter with them. INSPIRATIONS Hanging in Will's room is a poster of Kobe and Michael Jordan — his two favorite basketball players of all time, who he’s always looked up to.

This story is from:
Swinging Bridge Magazine: March 2020
by Messiah Pulse