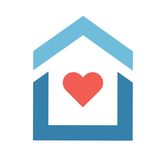 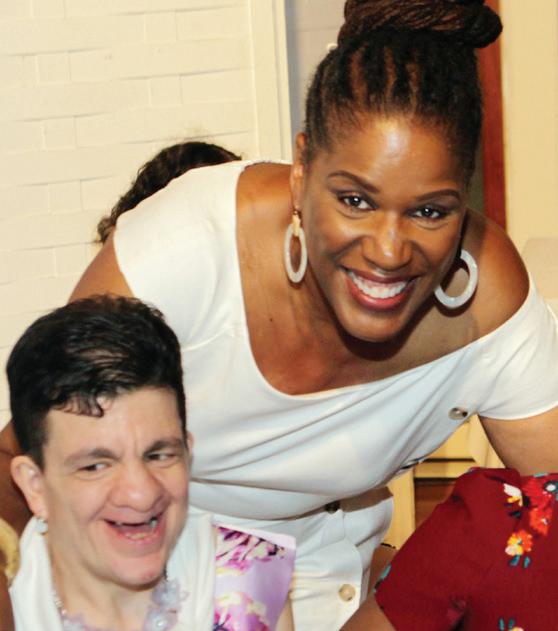 Letter from the Executive Dire...

“We were brave, and we got through this together.”

“I felt depressed,” Hank stated when describing how he felt when he heard that day programs would be closed. He worried about becoming bored inside the house and was anxious about not knowing when the virus would be over. As a frequent traveler and social butterfly, not being able to go on outings with Mercy Home was difficult. Like Hank, the other individuals at the Joseph’s residence shared that they missed seeing their friends, going to program, and the independence gained from activities like getting lunch or shopping on their own. The pandemic meant adjusting to a new reality and grappling with feelings of distress and agitation that accompanied this sudden change in routine.

Like you, COVID-19 had a profound impact on us. The sudden shutdown and stay-at-home orders were difficult for everyone to cope with, but they had a dramatic effect on people with intellectual and developmental disabilities.

In March of 2020, New York State called for the suspension of all non-essential businesses and activities in response to the growing health crisis. The stay-at-home orders were necessary to prevent the spread of the virus, but meant that Day Habilitation programs would be indefinitely suspended, and we could no longer plan activities to get the people we care for out into their community, such as volunteering or attending a class or a show. The closure of these vital programs, which provide supportive therapy and structured activities that build a sense of autonomy, made COVID-19 much more difficult for the people we care for to understand and to manage.

Perhaps the person who experienced the most amount of change in the early months of the pandemic was Fran, who retired from her job at Target months earlier than expected and who stayed at her sister’s home for a few months. She expressed that leaving Joseph’s and becoming adjusted to life without some of the independence that she gained from her job was a lot to take in.

Those who remained at Joseph’s tried to stay positive and work through their feelings. James focused on prayer and helping keep the house sanitized. He prayed to protect everyone inside of the house and for more activities and games to make the time pass more quickly. With the help of you and all our supporters, Joseph’s received games and entertainment devices that helped put anxieties at ease. Hank was able to watch his favorite classic musicals on streaming services and DVDs and play Bingo which is his new favorite game. Spending more time inside also helped some residents discover new interests and hobbies. Matthew began using Spotify and exploring his love of music, and Phillip spent much more time in the kitchen and learned how to make his own coffee and assist with dinner preparations.

Although it was difficult to be separated from some of their friends, our residents were able to communicate and spend more time with their loved ones. Hank was able to regain contact with one of his cousins and began to get frequent calls from extended family which improved his mood tremendously. For others, however, COVID-19 prevented them from having regular in-person visits with family. Phillip used to see his grandmother every other weekend, but during the height of the pandemic they were only able to communicate over the phone. James could no longer go on regular trips with his father and sister, and instead made frequent video calls.

continued on next page...

This story is from:
Mercy Home's 2019-2020 Annual Report
by MercyHomeNY