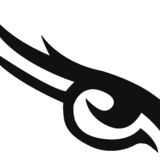 from Special Issue: In Memoriam (Donate)
by The Eagle Eye

from 'Special Issue: In Memoriam (Donate)'

Whether it be for his flashy blonde-dyed hair, his love for the Venezuelan national soccer team or his relentless support for the Miami Heat and his favorite player, Dwyane Wade, Joaquin Oliver, or “Guac” to those who knew him, brought a smile to the face of everyone he came into contact with.

Born on Aug. 4, 2000 in Venezuela to his proud parents Patricia Padauy and Manuel Oliver, Joaquin was always a quiet, noble child. He only spent his first three years in Venezuela, but the impact it left on him would stay with him throughout his life.

At 3 years old he moved to the United States, but despite becoming a naturalized citizen in January 2017, Joaquin stayed true to his Venezuelan roots. He supported the protests of his oppressed countrymen through social media, with his posts showing posters with the words, “USA is With Venezuela” and “Gochos,” the nickname for natives of the three Venezuelan Andean states. He also participated in one of the South Florida protests against President Nicolás Maduro.

Joaquin lived his life as a moral compass that pointed unwaveringly north. He valued fairness and justice more than just about anything else, believing that everyone deserved to be equal in the eyes of society. He displayed this morality time and time again throughout his life by attending protests and preaching to those close to him about his beliefs.

There is no doubt that if Joaquin was here, he would be leading the charge and cheering on the activist movement that has emerged from the students and faculty of Marjory Stoneman Douglas High School since Valentine’s Day, according to his friends.

After moving from Venezuela, it was hard for his parents, as they worked countless hours to provide for their two children. Because of that, Joaquin developed a very close relationship with his sister, who often took care of him during his childhood.

“He was my little baby,” Ghersi said. “When he was a kid, it was me giving him dinner, putting him [in] bed, showering him… Of course there were times when we fought or didn’t speak, but there wasn’t a day that we didn’t say ‘I love you’ to each other.”

They continued their close relationship into later years, developing traditions like Sunday night “Game of Thrones” watch parties and frequent conversations about his beloved friends.

It was during his time in middle school and early high school, however, that Joaquin transformed. He blossomed from a quiet young boy into a social butterfly who understood his place in the world and was at peace with himself and his beliefs.

He knew who he was and lived as that person unapologetically, never changing himself to please others and sticking true to the moral compass that guided him in life. Unlike most high schoolers, he was comfortable in his own skin and unafraid to display that for the world to see.

“He kind of went from a caterpillar to a butterfly,” Ghersi said. “He found who he wanted to be. He would say ‘you gotta be who you are. Who cares what anyone else says?’ He really lived his life to the fullest and stayed true to himself.”

Part of his new attitude toward his social life was thanks to his extremely close-knit group of friends that stuck by him through thick and thin, many of them having known each other for years. Their friend group became so close that one’s home was all of their homes, and one’s family was all of their families. They went to parties, dinners and sports games together daily, and it was stranger to see them apart than it was to see them together.

From regular pizza runs to hours playing basketball at Pine Trails Park, the 10 or so friends were just about inseparable, and with the time they spent together, it would not be crazy for people to think they were family.

Joaquin’s dad even went as far as to build a bunk bed into his room to ensure that there was enough room for his friends to stay over whenever they came by for one of their frequent sleepovers.

“Basically my parents are his parents, and his parents are my parents,” senior Julian Decoste said. “We were just always together, always laughing. One of my favorite memories was when we went to Universal together. We were even able to convince this lady to give us fast passes.” Despite the tough-guy exterior he tried to show to the rest of the world, his friends knew that beneath the surface, he was a big softie. Joaquin displayed to those close to him a caring and sweet personality that not everyone was able to see. He always bought thoughtful gifts for his friends, making sure that each gift was tailor-made for the person who would receive it.

He knew his friends like the back of his own hand, and because of this he could always tell whenever something was wrong or when one of them was upset, and he would always be the one there for them to help them get through it. Joaquin was an irreplaceable friend to them — someone they could count on even when they felt like the rest of the world did not understand them.

“I’m a real hothead, and he was literally my saving grace,” senior Darius Trotman said. “He was the only one who could calm me down, to talk me through things… I wouldn’t be here if it wasn’t for him.”

One of the greatest bonds that Joaquin had with his friends was their mutual love for watching and playing sports. Starting with baseball as a kid, Joaquin played a number of sports over his childhood years, but he found his calling in his love for basketball. He and his friends walked to Pine Trails Park almost daily since their elementary school days to play basketball.

ESPN was always on TV in his house, and when that wasn’t on, he had sportthemed video games booted up, with the different games as various as the sports he played. Joaquin’s love for basketball started from a young age, as he was a Dwyane Wade and Miami Heat fan since he was 4 or 5 years old.

“His first build-a-bear was even dressed as Wade,” Ghersi said. “He was so dedicated to basketball, and he looked up to Wade so much. He was his hero.”

Aside from basketball, Joaquin was also very passionate about music. His diverse style of music was the background of his life, since he always walked around with music playing from his phone or on his speaker. He particularly loved Frank Ocean, having multiple posters dedicated to Ocean in his room. Ocean also served as the inspiration for Joaquin to dye his hair blonde, a decision which many MSD students have taken up in his memory.

“He had such a different taste in music. It could go from Billy Joel to Gucci — from Frank Ocean to Queen,” Ghersi said.

There was one thing, though, that he was more dedicated to than anything else: his cherished girlfriend, junior Victoria González. After months together, he and González knew each other inside and out. They weren’t just each other’s significant others; they were each other’s home and heart.

Joaquin’s affection for his girlfriend seemed to know no bounds, and he displayed it in a variety of ways, especially through indulgent and beautiful gifts. He put such immense thought into all of his gifts, thinking about what to get her even during family vacations to Disney. For her last birthday, he got her a telescope, setting it outside her window the night before so that she would be able to see it when she woke up, apparently worrying about it for days beforehand. Gifted in writing, he also wrote her poetry and letters to demonstrate the extent of his love for her.

“I could see from the start how they were together. He had been through relationships before, but I knew that Tori was who he was going to end with,” Decoste said. “He would send me pictures of all his gifts for her the night before, and I would be like, ‘dawg, you snapped. You did so good.’ Like he made an actual scrapbook for her; it looked literally professional.”

It wasn’t just in his love letters and poetry that his ability for writing stopped, as he found another passion in the art of the pen. He journaled his feelings daily, taking his anger out in the form of written words rather than with fist fights. Even from a young age, his skill was apparent, but he had only recently begun to understand his true potential as a writer with the help of creative writing teacher Stacy Lippel.

“That talent was in him the entire time,” Lippel said. “His writing always had such depth and emotion to it. He wrote a piece about his girlfriend, and when I read it I was like ‘I know I’m an adult, but I am melting right now.’”

Since meeting him in his sophomore year, Lippel saw past Joaquin’s exterior for who he truly was. While some adults would dismiss him as an aloof, popular kid, she saw his potential as a man who was not only smart, but also talented and kind.

“He could look like a punk sometimes,” Lippel said. “But, he was just so intelligent. I just saw this passion and kindness in him.”

The kindness that Lippel saw in him was displayed daily by Joaquin, even if at times it appeared to go unnoticed. Whenever he saw a girl in the hall crying, he would check to see if she was okay and ask how to help. His selflessness and generosity was not limited to any singular group of kids of school, even those he did not know and had no connection to.

“In my class, he knew everybody; everyone was his best friend,” Lippel said. “He was honestly just the sweetest boy with the biggest heart of anyone I knew. If he wasn’t there in my class one day, it was very strange, very quiet.”

Although he had not yet decided where he was going to go to college, there were a few things about his future that he had already decided on. He was considering going into marketing, and Orlando looked like a good bet if that was the career he wished to pursue, but wherever he went, he wanted to be with his friends and those he loved. No matter what he did in his life, he believed the most important thing he could do was to surround himself with those who made him happy and made him feel as though he was on top of the world.

This story is from:
Special Issue: In Memoriam (Donate)
by The Eagle Eye