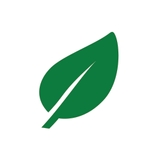 Mary Fehr’s decisionmaking on a career path took her thousands of miles away from home, to multiple places before returning to the family business a decade later.

Fehr, daughter of Uni-Fab president Abe Fehr, told the story of her journey along with her father in a seminar at MEDA’s annual convention in Tucson in early November. Uni-Fab is one of Ontario’s largest custom metal fabricators. It works in the aerospace, machine and tool and oil and gas sectors, primarily in North America, with some of its products shipped worldwide.

Abe, his brother and two other co-workers founded Uni-Fab in the fall of 1991, when Mary was one year old. The firm has grown to 160 employees in a 130,000 square foot plant in Leamington, Ontario.

Uni-Fab is looking at twinning its existing building and possibly building another facility. “We’re constantly being asked to take on more work, and that’s why I’m looking at expansion,” Abe said.

The company has done work for Airbus, Boeing and machine tool firms that supply the industrial giants. It built 265 stainless steel hydraulic tanks used in the second channel of the Panama Canal, and several tanks used for the space shuttle program of Blue Origin (owned by Amazon founder Jeff Bezos).

Mary Fehr worked in the shop at Uni-Fab beginning at age 12. She left the small southern Ontario community after high school to attend college in Boston, Massachusetts.

She played hockey for the Boston Shamrocks while doing an undergraduate marketing degree. She did an internship with MEDA in Tanzania. After meeting Sarah French, also a MEDA intern at the time, the two of them did a bike trip across Canada in 2015 to raise money for MEDA’s Ghana project. That effort raised over $321,000 to support women soybean farmers and she was named one of MEDA’s 10 Young Women Changing the World at the 2016 MEDA convention.

Offered a job by MEDA board member Jim Miller, she moved to Sarasota, Florida for several years and did marketing for his JMX Brands, an internet retailer of Amish furniture. Missing changing seasons and hockey, she moved to Waterloo, Ontario in 2018 and entered a Master of Business Administration program at Wilfrid Laurier University.

By that point, she knew she wanted to return home and work at Uni-Fab. After Abe bought out his brother in 2016 to become Uni-Fab’s sole owner, Mary began to think about what would happen to the firm when he retired. “The more I thought about it, the more I hated to see that vision leave the family after just one generation.”

That realization led her to sit down and begin conversations about her future with her father.

While Abe had always left the door open to family members joining the company, there was never any pressure to do so, she said. “I think a lot of people might have known I was probably going to come back before I did.”

Conversations led to dreams about what could be. Mary worked on her business degree to bring new skills to the table. They hired family business consultant John Fast as an advisor, and continually discussed each others’ dreams and ambitions. For Abe, ensuring that long-term staff, some with 23- or 24-years experience, would be comfortable with Mary’s move into company management, was a key issue to address. “How are they going to feel, when Mary comes on board at age 29,” he recalled asking himself. “How are things going to change in the company?” “We’ve always had such open communication about what was best for both,” Mary said. “What was best for him, what was best for the business and what was best for me.”

For Mary, being close to family and making a difference in whatever she does were factors that drew her into the business.

Abe hopes that as succession planning develops, “the day will come” where Mary will take over the firm. There is one other Fehr family member involved in the business now. Abe’s son David, who worked in Western Canada for a number of years, returned to Leamington last year to join Uni-Fab in the sales department.

The transition period will likely stretch both Abe and Mary, who currently works as Uni-Fab’s director of strategic development. “I don’t doubt that there’s going to be some headbutting at some point,” Abe said.

At the same time, he recognizes that the business will go further if it incorporates new skills and perspectives. His own formal education ended after Grade 8, when his family moved to Paraguay. He was pleased to see all three of his children get postsecondary education. Mary admits to having a large learning curve ahead and will have work to do to develop her own voice in the company. Feeling comfortable in the areas of marketing and human resources, she wants to better understand finance and accounting.

When she asked her father where she can see the firm’s strategic plan, he has pointed at his head and said: “right here.” Over the years, he has often held “board meetings” and developed business plans in his mind while driving down the highway.

Mary would prefer to have things written down.

Asked about their relative risk tolerance, Mary replied that like her father, she is comfortable with taking risks. “We both have that entrepreneurial bent. We like adventures, and we like growth.”

That similarity in outlook means they may need a third person with a different perspective, she said. “Somebody to bring us back down once in awhile.”

The entire Fehr family, including a sister who is not part of the busi ness, is involved in discussions about the future, Mary said. “We’re all trying to figure out exactly where we want to be, and where our dreams are leading us.”

For Abe, wearing his father hat and his employer hats at the same time while continuing to treat his existing staff well and integrating his children into the business in meaningful roles are important considerations.