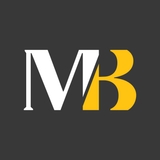 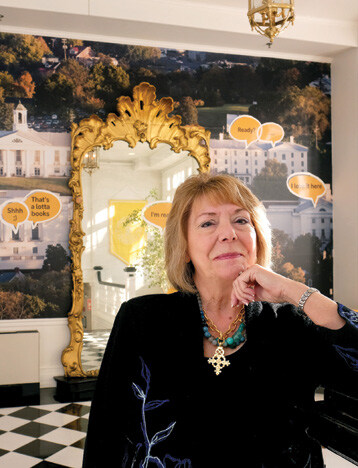 From the President's Desk

Lavoughnda White MBA ’20 wanted to found a company to fight colorism. MBU helped her make that dream a reality.

In 2016 Lavoughnda White MBA ’20 was on the way to the Washington D.C. school where she taught second grade when a friendly-seeming young Black man approached her: “I just want to let you know that you’re pretty to be dark skinned.”

“It took me a second to process the subtext,” said White, an African American. Her first response was a burst of expletives. Then she caught her breath. “I looked him in the eye and said: ‘Nah, I’m just pretty.’”

The incident stayed with her — and ultimately inspired her to found a social enterprise company that was recently celebrated by Forbes Magazine for its efforts to fight colorism.

“I couldn’t stop thinking about it,” said White, now 33. Her emotions oscillated between anger and confusion: The event embodied an oppressive undercurrent that had plagued her since childhood. “I kept asking myself, ‘Why am I letting this guy’s ignorant remark get to me like this?’”

White needed to deconstruct and contextualize her experience, and the feelings it had evoked. She turned to peers in educational online forums for clues. Within days she was devouring magazine features and scholarly articles about the pernicious social phenomenon known as “colorism.”

“Colorism refers to discrimination based on skin color within a particular race or ethnic group,” said National Conference for Community and Justice (NCCJ) spokesperson Erika Rain Wilhite. In the United States, “it disadvantages people with darker skin by upholding [Eurocentric] standards of beauty that, in turn, afford greater benefits to those with lighter skin.”

While colorism is a global issue, its prevalence in the U.S. stems from the racist legacy of slavery. African Americans are therefore disproportionately affected, and women in particular. Research conducted by organizations like the NCCJ has linked darker skin with increased instances of childhood bullying, higher rates of prosecution, longer prison terms, fewer job prospects, lower salaries, reduced likelihood of marriage — the list goes on.

White called discovering the above infuriating, “but also empowering.”

“I realized I’d been subjected to colorism since I was a little girl,” she said. “I’d never understood why, [even among Black people], there was this disdain for darker skin. I hadn’t been able to put a name to what I was experiencing, much less understand [its sociological origins and psychological effects].”

Probing early memories she recalled things like family members making condescending remarks about their darker-skinned peers. Friends wondered why their sisters were being celebrated like princesses for having a lighter complexion. In high school and college, men sometimes told White they didn’t find “dark” women attractive. At early jobs she witnessed dark-skinned female peers being reprimanded for raising concerns in an “aggressive tone” that was, in fact, indiscernible from those employed by white coworkers.

Here’s how she described the experience of growing up with dark skin to Forbes Magazine last March:

How do you communicate to people that you hated your skin tone and wanted to bleach your skin to become lighter, just so you could feel beautiful and accepted by society? I didn’t! I internalized; I tried to make myself as invisible as possible. I figured if I could remain unseen, then the ‘Blacky’ jokes would magically skip over me. I subsequently spent years in bondage to other people’s ideas of me, and the negative thoughts that I had about my own beauty.

But now that White was armed with the knowledge and language she needed to understand and protect herself?

“Everything changed,” she said. “For the first time, I could truly see my own beauty, and embrace myself as beautiful. I finally felt safe to love and accept myself.”

The catharsis filled White with fiery inspiration: “No young girl should have to wait until their late-20s to feel that,” she said. Colorism has to be dismantled and eradicated ASAP.

White’s journey to awareness had primed her to take up the cause.

She started by asking: “What can I do that will have the greatest impact?”

White had earned a BA in communications from the University of Michigan and co-founded a nonprofit called Helping Young People Evolve, which taught children in underserved communities communication skills, conflict resolution, and self expression through dance. In recent years, she’d become intrigued by social enterprise brands like Helpsy, a company that helps consumers reuse and recycle old clothes.

“I started thinking about how apparel has this unique power to be both an outward expression of identity and a message to others,” said White. She imagined her assertion, “Nah, I’m just pretty,” emblazoned across t-shirts, handbags, hoodies, hats, and more. With the right branding, it could be a rallying call and mission statement rolled into one. Better still, customers would likely be interested in related activism and educational initiatives, which could be funded by profits from sales.

There was just one catch: White knew little about running a business. She decided to pursue an MBA to prepare herself.

Her search began with topranking business schools like Stanford, Northwestern, the University of Chicago, and MIT. Then White discovered Mary Baldwin.

“I loved how the program was centered around sustainability, environmental responsibility, ethical practices, and social justice,” she said.

But there was more: Professors presented themselves not as one-and-done lecturers, but as allies and mentors that were deeply invested in their students’ success. Alumni raved about small class sizes, the intensity of student engagement, and MBU’s focus on lifelong community — which combined to create an incredible learning experience and career-spanning friendships.

“Everybody I talked to — professors, staff, alumni — they were all so friendly, inviting, and caring,” said White. “They went out of their way to find out who I was, and what I was trying to do … I realized very quickly Mary Baldwin was a special kind of institution.”

White enrolled in online classes in 2018 and discovered that, if anything, the university’s marketing materials and reviews had been understated.

“I knew right away I was in the right place,” she said. “I’d found where I belonged; I had no doubt the program was going to help me make my business a success.”

White spent the next two years honing plans for and launching Nah I’m Just Pretty under the expert guidance of professors like Dr. Joanne Tritsch. Along the way she studied business and social entrepreneurship from a global perspective, deconstructed the social impact policies of companies like Ben & Jerry’s with an eye toward implementation, and spent a semester studying abroad at the University of Cape Town in South Africa, where she connected with local artisan manufactures for what has since become a specialty line of products.

By the time White graduated in 2020, Nah I’m Just Pretty had sold its first items of clothing. Within a year buzz around the brand was attracting the attention of major media outlets like Forbes. National exposure brought a flood of sales, which White parlayed into virtual workshops and town hall events to educate people about colorism, and give them a forum to share stories about its harmful effects.

Looking to the future, she hopes to pilot a youth outreach program in St. Louis (where she currently lives) to teach Black middle schoolers about colorism. Her goal is to use it as a springboard for national expansion.

“This is about so much more than selling t-shirts,” said White, who refers to her customers as the Nah I’m Just Pretty “village.” “It’s about building an activist community that’s capable of affecting a national movement to ensure no child is made to feel less-than simply because of the color of their skin.”

This story is from:
Mary Baldwin Magazine Vol. 33 No. 1 / Winter 2022
by Mary Baldwin University