How Religions Around the World have been Affected by Lockdown from In Time of Lockdown: Reflections on Locks, Lockdown, Isolation
by Marlborough College

from 'In Time of Lockdown: Reflections on Locks, Lockdown, Isolation' 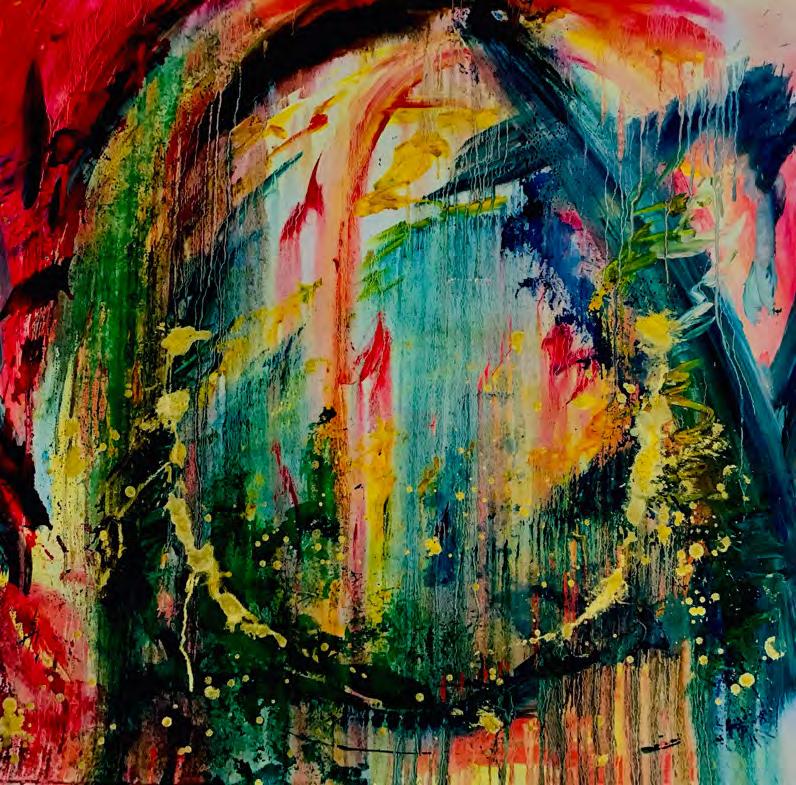 The United Kingdom has entered its third lockdown during the Coronavirus (Covid-19) pandemic to prevent the spread of the virus and ease the stress on the NHS. The main rules, in a nutshell, are to stay at home and not to gather in large groups with other households – all this requires certain venues to close. One might think that these rules would prevent places of worship from staying open, but they are actually one of the very few legal exceptions. They remain partially open, but people are encouraged to stay home if possible. However, the government’s website says: individual prayer, communal worship with a number of participants (based on the capacity of the venue), funerals, support groups and weddings or civil partnerships (limited numbers) are permitted. A place of worship, as the website describes, is a ‘building used for regular religious ceremonies, communal worship or similar gatherings by religious organisations’, so these rules apply to all religions.

However, in the United States, coronavirus saw ‘houses of worship being shuttered around the country’ in the words of the Washington Post in March 2020. This rule then changed in many states to limiting the number of worshippers to ten people or fewer, whilst some states made places of worship completely exempt from the rules. Others prohibited them from conducting services - instead broadcasting services online and over radios with the rules changing all the time. China had a different response entirely, taking Covid as an opportunity to continue its anti-religious campaigns promoting state atheism, and in the Shandong Province, even banning online preaching. Saudi Arabia suspended all visits to many holy sites, including Mecca and Medina, out of fear the virus would spread uncontrollably. This has affected multiple Muslims around the world, as usually there would be over two million people travelling there as part of a religious pilgrimage each year.

Many religious communities have altered their practices and customs to try and prevent the spread of the virus, such as the Jummah prayers in Mosques being shortened, and a new prayer being added in many Jewish synagogues that is recited while people wash their hands. Multiple branches of orthodox Christianity completely suspended ‘divine services, events, and rites, with the exception of private prayer in churches that will remain open’ according to the Ecumenical Patriarchate of Constantinople. Similar statements were made by the Greek Orthodox Patriarchate of Antioch and All the East, and churches in countries such as Serbia and Lebanon. Multiple religions have also had to cancel important festivals due to social distancing and other regulations. The Panguni Uthiram festival, which is an important celebration for Tamil Hindus and is usually full of processions and crowds, was cancelled for this reason, and so was the Jain festival Mahavir Jyanti, celebrating Lord Mahavira’s birthday. Not being able to worship in the same way as before Covid has negatively affected many people’s mental health, although religious communities are trying their hardest to prevent this. A common way religious communities have got around the rules and restrictions is by doing services online, over platforms like Zoom, or posting them on websites or YouTube and even creating podcasts.

The rules are changing all the time as Covid is monitored. This means, eventually, the rules will ease up as the situation improves, and religious practices will return to ‘normal’ bit by bit. But perhaps the way people practice their religion will change irrevocably and people might remain worshipping in the way they are doing so now, as it could work better for them. This may be because it is easier for them to worship from home or online. One thing is for certain, though, and that is that religions all over the world have been affected, but how this will affect them in the future remains to be seen.

This story is from:
In Time of Lockdown: Reflections on Locks, Lockdown, Isolation
by Marlborough College