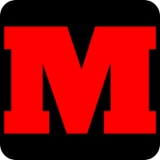 The trophy remains in the Gauteng province as Tshwane University of Technology (TUT) won the competition last year. JVW FC is a South African women's football club based in Bedford view Ekurhuleni.

Since 2014, the club has been affiliated to the South African Football Association. The First Team competes at the highest level of women's football in South Africa, The Sasol League, whilst the rest of the club competes in the local league, under Eastern Local Football Association. Established in 2013, the team is part of the JVW Girls Football Development Program, which was founded in 2012 by the South African Senior Women’s National Team captain, Janine van Wyk. Van Wyk.

As finalists, both JVW Girls Football and runners-up Ma Indies have been being promoted to the SAFA National League. Tsakane Stadium is the official host of the Sasol National Championship Women’s League which kicked off on December 3 until the 8th.

This story is from:
eMapepeza V6 Issue 16
by Mapepeza Newspaper