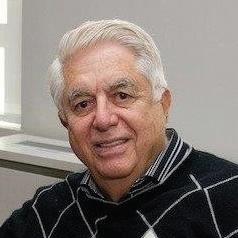 Those comparing the value differentials between career specialization and versatility should consider Sean Muzzy, ’99, president of Matterkind, part of Interpublic Group. In a world that is wrestling with the negative effects of hyper specialization, Muzzy serves as a prime example of why it pays to learn a variety of different skills. With a diverse professional and educational background that includes advertising, business, data analytics, journalism, management, marketing, writing and more, he has now risen to the heights of his industry as president of Matterkind, following more than 15 years as a senior executive at Ogilvy. Growing up on Long Island, Muzzy recalls early childhood dreams of playing for the New York Mets, but his first serious career aspiration came in high school after he participated in a journalism class at American University. During his undergraduate education, Muzzy elected to major in English and decided he wanted to pursue a career in teaching. As it turned out, he ended up heading in a very different direction after graduating and landed a job in data processing. The corporate environment proved to be a lasting fit.

At the same time, Muzzy’s girlfriend, who is now his wife, was a student at LIU and she encouraged him to consider the University’s MBA program. The recommendation proved wise and Muzzy credits his MBA education with much of his success, citing a forwardthinking approach that has stuck with him over the years. One class he took in international economics, where he studied Islamic banking, has proven particularly insightful once he began working at global companies, such as Ogilvy, TD Waterhouse, and Interpublic Group. “That’s a lot of what I do today, coming up with enterprise marketing solutions that are technology enabled,” he said. Given Muzzy’s remarkable success since graduating, those in the industry often ask him about the value of earning an MBA degree. “I definitely think there’s a correlation between where my career has gone and my MBA studies,” he said. “A lot of it has to do with certain intangibles around leadership, studying international economics or organizational behavior.” The well-rounded education complemented Muzzy’s existing skillset, which was already an ideal fit to adjust to the incoming digital revolution of the 21st century. With his strong background in data processing, business, advertising and marketing, the shift from print to online media was more exciting than daunting. “As technology started to really evolve marketing and advertising, that made my past experiences even more valuable,” he said. “I’m able to take what works in one sector and then apply it to another.” Over the years, Muzzy has discovered a passion for launching new initiatives and leading the teams that oversee them. In an industry that runs on innovation, Muzzy’s foresight and willingness to venture into the unknown has set him apart from the rest of the pack. “It’s challenged me to think about the next thing,” he said. “You start to see changes happen before they actually happen.”

This story is from:
Fall 2020 LIU Magazine
by Long Island University