TWO NEW COACHES TAKE IT TO THE HOOP 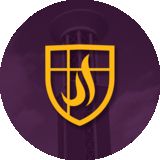 Two new coaches take it to the hoop

“WHEN THE GAME IS ON THE LINE, DON’T FEAR. GRAB THE BALL. TAKE IT TO THE HOOP.”

—BASKETBALL RULE #9 FROM “THE CROSSOVER” BY KWAME ALEXANDER

THIS PAST SPRING, LIPSCOMB UNIVERSITY ATHLETICS TOOK THE BALL TO THE HOOP AND STARTED A NEW CHAPTER IN THE ANNALS OF LIPSCOMB’S RICH BASKETBALL LORE WHEN THE UNIVERSITY HIRED NOT ONE, BUT TWO, HEAD BASKETBALL COACHES.

The following is a reprint of a spring 2019 interview. The 2019-20 season saw the men’s basketball team head to the ASun championship game for the third consecutive year, with both programs laying a strong foundation for great accomplishments in the future. Find extras including complete bios and additional comments by both coaches at bit.ly/BisonBballcoaches.

On April 23, Lauren Sumski, former head coach at Rhodes College, was introduced to Bison Nation as the new head coach of the women’s basketball program. The following day Lennie Acuff, former head coach at the University of Alabama-Huntsville, met Bison fans for the first time as the newly appointed head coach of the men’s basketball program. Over the last year, both have been busy building coaching staffs, recruiting, learning the strengths of their teams, practicing and preparing for their debut in this past season.

Lipscomb Now recently spent time with each new head coach to learn more about what to expect this season, their coaching philosophies and about their love of the game.

Sumski comes to Lipscomb after serving as head coach for the Rhodes College women’s basketball team where she compiled a 35-21 overall record in her first head coaching position. As a high school player, Sumski was rated the 28th-best high school prospect in the nation by ESPNU Hoopsgurlz 100. In college, she played one season under the legendary Pat Summitt at the University of Tennessee in 2010-11. She played her final three seasons with Rhodes, leading the nation in points per minute and finishing second in the nation in scoring. Passing on numerous professional basketball playing opportunities, Sumski decided to pursue a career in coaching and was awarded her first coaching opportunity as an assistant coach on Mark Campbell’s staff at Union University in August of 2014.

Lipscomb Now: What do you love about basketball?

Lauren Sumski: As a coach, I love the people that I have been able to meet and all of the relationships that the sport allows me to develop and grow. I love the process of unique individuals from different backgrounds and experiences all coming together to form a cohesive unit with the same mission and goals. I love how team sports like basketball requires everyone to do a specific job or have a role for the betterment of the whole. It’s just the idea of putting the needs of others before yourself and participating in something much bigger than me.

LN: You have learned from some of the best teachers of the game. How did they help shape you as a coach?

LS: Yes! I was so fortunate to have been coached by Hall of Famers like Coach Pat Summitt, Coach Holly Warlick and Coach Mickie DeMoss at the University of Tennessee. I also got my collegiate coaching start under Hall of Famer Mark Campbell, who is a former Bison, while at Union University. I was able to learn so much about their philosophies, their coaching styles/approaches and what made their teams successful from a win/loss standpoint. I’ve incorporated things from all of them, while fitting in my personal coaching philosophy and personality. However, the greatest lessons that I learned from each and every one of them (in their own way) was how important it is to continue learning, keeping things in perspective and seeking balance from a family standpoint early in my career.

LN: Every coach has guiding principles or philosophy. What is Lauren Sumski’s philosophy of coaching?

LS: My philosophy is pretty simple. My mission is simply for everyone in my program to be better every day, in every area of their lives. I believe my job is to help everyone in my program to realize their gifts, to continually develop those gifts and to learn how to be good servants so that they will be markedly better people than when they arrived and ready for leadership after Lipscomb. I try to do this by loving my players, encouraging them, supporting them, holding them accountable and challenging them every day.

I LOVE THE PROCESS OF UNIQUE INDIVIDUALS FROM DIFFERENT BACKGROUNDS AND EXPERIENCES ALL COMING TOGETHER TO FORM A COHESIVE UNIT WITH THE SAME MISSION AND GOALS.

LN: What is your vision for the future of the Lipscomb women’s basketball program?

LS: My vision for the future of the Lipscomb women’s basketball program is for us to leave a legacy as a program that is simply set apart, a light to the world because of who we are and why we play. I want our program to be known as one of the premier Christian women’s basketball programs where we do things the right way, our players go on and serve/lead others the Lipscomb way, and we win lots of championships. The championships definitely won’t be the validation or even the primary motivation, but I do believe they will be a by product of how we do things.

LN: Tell me what we can expect to see from the Bisons on the court?

LS: There’s no question about it that we will be a team that finds our identity in our defense, our toughness, our intelligence and our togetherness. Those are things we talk about every day. That’s not to say we won’t work on or focus on other things, but we should be set apart in those ways.

LN: What do you want Bison fans to know?

LS: I’d like to tell our fans how much we appreciate them! I’d also like them to know that we have some of the best young women and young men (practice squad) that I have ever met and had the pleasure to coach. We will all work hard every single day and be extremely grateful for their support. Lastly, I’d like them to know that this is a special group. They are so spiritually mature and really committed to their faith walks. They are definitely a light to me and a light to this campus!

For the past 22 years, Acuff was at the helm of the University of Alabama in Huntsville men’s basketball program where he built them into a national power with a 437-214 overall record. Acuff has been named the NABC District Coach of the Year four times and has been honored as the GSC Coach of the Year eight times, a conference record. Highly respected by his peers in the collegiate coaching ranks, Acuff is one of just two NCAA-DII coaches to serve on the National Association of Basketball Coaches Board of Directors. A graduate of Shorter College in 1988, Acuff had an outstanding basketball playing career, setting a number of school records and is a member of the Shorter Athletic Hall of Fame.

Lipscomb Now: What do you love about the game of basketball?

Lennie Acuff: It’s the ultimate team sport. From October when we start practice to when we stop playing in March or April, it’s 15 to 16 players plus a coaching staff who spend their time working toward one goal. But there’s no way we can be as good as we can be without everyone being on the same page. I love that part of it. I love the challenge of that. It’s also a sport that you can get a lot better in if you have a commitment level individually. If you’re willing to work at your craft and are willing to spend time by yourself in the gym or weight room, you can see a real upward trajectory in your improvement individually. Then apply that to a team. That’s what attracts me to it.

LN: You have learned from some of the best teachers of the game. How did they help shape you as a coach?

LA: Former Lipscomb Coach Don Meyer is one of the most impactful. I learned from him that you can be demanding without being demeaning and to always put the program over the team. It’s about having a program of substance that resonates throughout the campus. I remember coming to camp as a high school player…and then coming to clinics as a coach and then ultimately getting to coach against Coach Meyer. He was the best teacher the game has ever had. I cannot tell you how much he taught me, how much I learned from him and the level of respect that I have for what he built here. Three of the guys on my high school team played on the [1986] national championship team. So I would have loved to have been a Bison! My high school and college coach also had a tremendous impact on me. I learned so much from those guys. As a coach I’ve tried to be a lifelong learner and draw upon what I learn from other coaches.

IF YOU CAN AFFECT SOMEONE ELSE IN A POSITIVE WAY, THEN YOU’VE HAD A GREAT DAY. COACHING GIVES YOU THAT OPPORTUNITY EVERY DAY.

LN: What is your coaching philosophy?

LA: Ultimately it’s to be impactful for the young men in our program and for those young men in turn to be impactful on our campus and community. If we do that, we are on the right page. One thing we talk about is our core values and staying true to who we are. Nothing in our core values says anything about winning. Trying to build young men of character, young men of faith. I tell our players that at some point you have to fall in love with the process and then the process will love you back. We have six core values that we talk about on a weekly basis. They are being selfless, thankful, humble, driven, committed and responsible. They’ll hear those things in their sleep because we are hammering them every day.

LN: What can fans expect to see from the Bisons on the court?

LA: I hope that in time people will say that they play the game the right way, that they play with respect for the game and for their opponents, that they are fun to watch and that the way they play, it makes me want to come back. People like to see a group of guys who are better collectively than individually.

This story is from:
Lipscomb Now — Spring 2020
by Lipscomb University