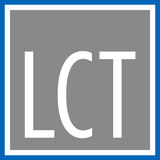 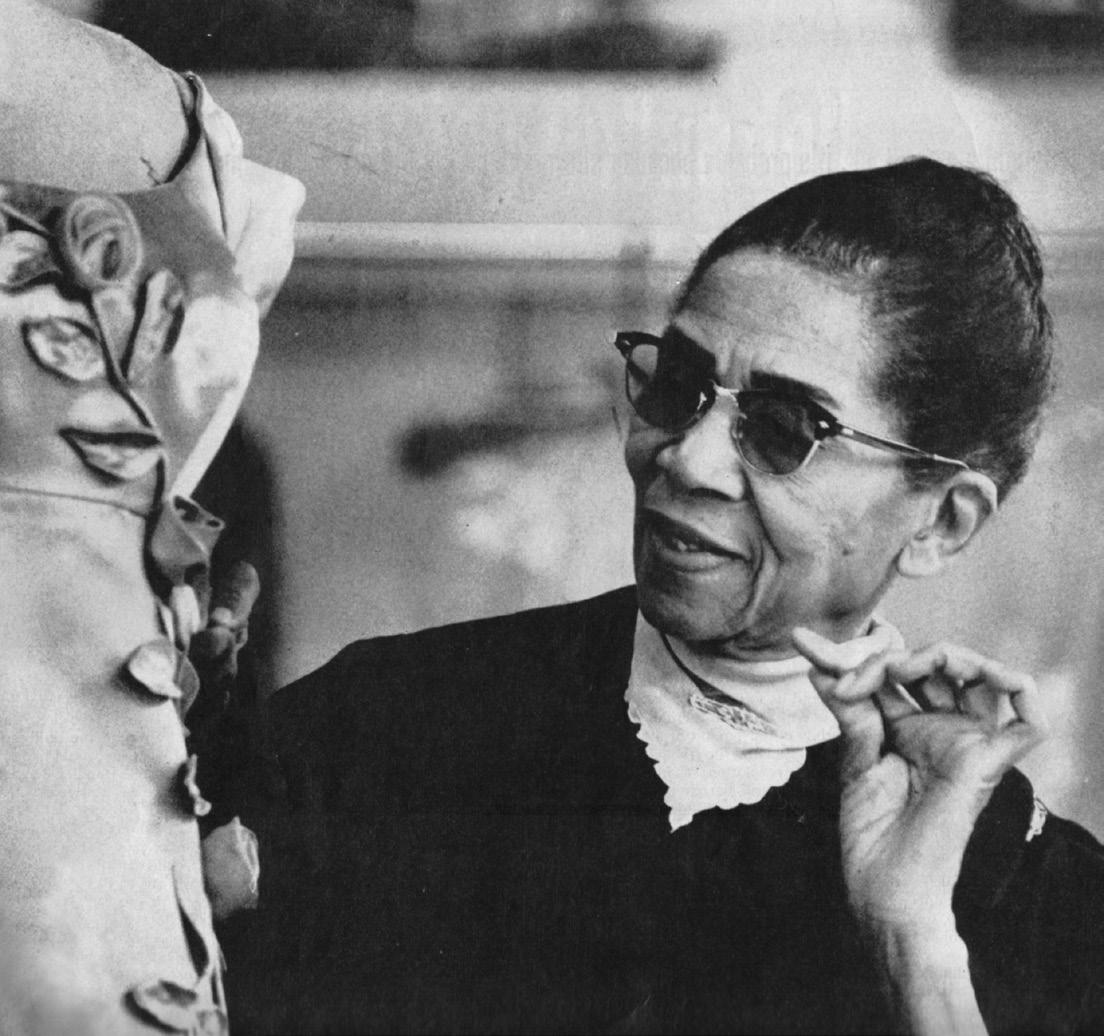 Stepping Into the Spotlight

NEW YORK WAS A CITY OF POSSIBILITY IN 1905, and also a place where the dreams of its many newcomers were as likely to be smashed as realized. It was a city of people who migrated when they were young and lived far from their parents and siblings, far from the villages and little corners of the world where they had been born.

The “Jewish ghetto”where Mr. Marks lived amid his piles and bolts of fabric was the Lower East Side, in 1905 the most crowded square mile on earth— alongside one ancient neighborhood in Beijing. In the years during which this opera is set, the city felt more crowded than ever. Thousands of people were displaced by demolition done to prepare for the construction of the Williamsburg Bridge, begun in 1896 and opened in 1903, and the Manhattan Bridge, begun in 1901 and not completed until 1912. During the Panic of 1907, thousands were evicted, and one group of four hundred young female garment workers spent a summer camped on the Hudson River Palisades as they prepared for a Lower East Side rent strike to protest sudden and dramatic rent increases.

Sometime between the 1960s and the 1980s— when New York’s Jewish population halved from 2,000,0000 to 1,000,000 because of the low birth rate and migration to the suburbs of Long Island and Westchester County, New Jersey, Connecticut, and Florida—the Lower East Side began to be portrayed in literature, film, and song through a nostalgic lens. A sepia-colored vision of Bubbe and Zayde (Grandma and Grandpa) taking in boarders, walking to a storefront synagogue, buying smoked fish and meat from kosher delis that cut from the bone, fishing pickles from barrels, steaming in mikvehs, the ritual bath performed, for example, in preparation for the Sabbath. All that was true, but it was not the whole story.

New York’s Jewish population certainly exploded between 1880 and 1920—from 80,000 to 1,600,000, and the city became home to forty-five percent of Jews in the United States. But this era was one of the two largest immigration eras in U.S. history; the other came in the 1990s. The Lower East Side was never exclusively the place of one people. There were different ethnic and racial groups living in different quarters and on different blocks. There were gangs of young boys who patrolled their turf, bullying anyone who didn’t belong. Lower Manhattan in 1905 was home not only to recently immigrated East European Jews but also to immigrants of Chinese, Irish, Italian, and Slavic descent. It was also home to many blacks, some born in New York and others who had migrated from the cotton-growing South or immigrated from the Caribbean.

In later years, when the Lower East Side and Chinatown and Little Italy became tourist destinations, we would be led to believe that they had always been distinct,“authentic” ethnic enclaves. But in truth people of various backgrounds existed cheek by jowl. Yiddish vaudeville and Chinese theater. And sometimes, sometimes, people fell in love across those lines of difference.

In the mid-nineteenth century—especially the 1840s, ’50s, ’60s, and ’70s—interracial living, loving, and marriage were not common in New York, but neither were they unheard of. According to studies and census surveys from those years, there were hundreds of interracial marriages in the city—mostly Chinese and Euro-American but also marriages of African-American or Afro-Caribbean migrants and Irish, Scottish, or English immigrants. The vast majority of these marriages involved men of color marrying women who would now—but weren’t always then—be considered white. There were interracial marriages, too, in the first half of the twentieth century, but black and Jewish men married “outside the race” at twice the rate that black and Jewish women did. That would change, but not in Esther’s day.

So what Esther and Mr. Marks flirted with, a black-white love, a Jewish-Christian love, would have been possible but rare. And frightening. Interestingly, since Jews in that time and place were considered to be only “slightly white,” it was probably the religious divide that would have stopped these two lonely people from finding love and companionship in each other. At least where Mr. Marks was concerned. A study of 170,000 New York marriages that took place from 1908 to 1912 found that black and Jewish New Yorkers intermarried less frequently than any other groups in the city—at a rate of only one to two percent.

Even if some New Yorkers in the nineteenth century had cohabited with and married people of other races, that did not mean there were no racial fault lines or tensions. Violence was one route taken by various immigrant groups to claim their place in the city, to establish themselves as white. In 1834 and in 1863, there were outbreaks of terrible violence in which mobs of hundreds roved the city beating black men, women, and children, and also white women living with men of color. Windows were smashed, stores and homes burned, men and women murdered.

The “Jewish ghetto” where Mr. Marks lived amid his piles and bolts of fabric was the Lower East Side, in 1905 the most crowded square mile on earth—alongside one ancient neighborhood in Beijing.

The New York of the early twentieth century was also a city rife with anti-Semitism, where stories abounded of Irish or German youths jumping older Jewish men and pulling or cutting off their beards, where newspapers ran anti-Semitic cartoons, and where candidates sold themselves on antiJewish and anti-immigrant rhetoric. (Maybe it isn’t really so long ago, after all.) In 1900, five years before Intimate Apparel is set, and in the Tenderloin, where Mayme lives, there was a two-week riot in which police officers and Irish immigrant workers mercilessly beat black New Yorkers. It began with the attempted arrest of a black sex worker. Her boyfriend fought and ended up fatally stabbing the arresting officer. At the officer’s funeral, the violence began. What would come to be known as the Race Riot of 1900 was a turning point in the city’s history. Black New Yorkers left midtown en masse and began to move uptown, to new housing in Harlem.

New York’s black population was growing, too, then, not in such dramatic fashion as that of the Jewish immigrant population, although it would eventually be twice as large. Between 1900 and 1920, the city’s black population increased from 60,666 to 152,457. Harlem, given its growth, was soon dubbed “the race capital.” As the Harlem Renaissance writer Alain Locke put it, New York boasted “the first concentration in history of so many elements of Negro life.” It became the epicenter of African-American art, music, dance, and literature. And so the New York where Mayme and Mrs. Dickson and Esther lived was both a terrifying and an exciting, promising place.

The Tenderloin was a red-light district that ultimately spanned the area from Twenty-fourth to Forty-second Street and eventually up to the West Sixties, where Lincoln Center now stands. There were theaters and music halls, too, especially on the main thoroughfare: Broadway.

The city was full of young men on their own: Italians and Irish and Germans and Greeks and Slavs and African-Americans from the South, as well as Chinese. (Chinese women were banned by the Chinese Exclusion Acts of the 1880s.) These young men had left without their families to seek golden fortunes in a burgeoning, booming, buzzing New York, and to try to save enough to bring their wives and children, brothers and sisters, and parents. One by one. The city was also full of young women— African-American and Irish and Jewish—who had migrated on their own, bursting with ambition, like the young men but different, too. They wanted to learn to read. They wanted to go to school, to make the most of themselves, to have the kinds of freedom that women might not have had in the old country, or in “the rurals,” as some southerners referred to the farmlands from which they came. The city was teeming with a youth culture— dance halls and theaters and chaotic intermixings of people on the streets. Amusement parks at the end of subway lines: Coney Island, with its pleasure parks—Steeplechase, Dreamland, and Luna Park. There were plenty of spots where young men and women might meet away from the prying eyes of parents, police, ministers, or rabbis and social workers.

The city’s young immigrant garment workers were beginning to organize unions and to strike for better wages, safer working conditions, shorter hours. But there were still few spots for AfricanAmerican seamstresses. They were legally banned, for a time, from the kinds of domestic work that so many Jewish and Italian women did—sewing artificial feathers and hats. It was difficult for them to find jobs. To open a private business sewing special garments for the wealthy, as Esther did, you had to be gifted and bold, and still it was hard to keep body and soul together.

New York had a way of wearing on many who came here alone, eyes bright with dreams of successful careers in business, or the arts or politics, or the trades. Then, as now, it was expensive and sometimes personally isolating. So many people—so hard to meet one. So difficult to cross those lines of difference—invisible and yet impossible to ignore.

ANNELISE ORLECK is Brooklyn born and bred. She is the author of five books, including Common Sense and a Little Fire, The Soviet Jewish Americans, Storming Caesars Palace , Rethinking American Women’s Activism, and We Are All Fast-Food Workers Now. She teaches history at Dartmouth College and lives in Vermont.