Why digital has a "massive" role to play in transformation 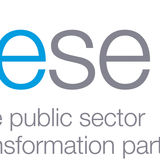 Dave Briggs is former Head of Digital Operations at Croydon Council, was also Head of Digital and Design at Adur District & Worthing Borough Councils and has held various consulting and interim roles, including at Horsham District Council. He now heads up his own company, Sensible Tech, which aims to share digital and technology know-how. Here, we speak to him about digital transformation: what he’s seen, what councils should be doing and why digital is so vital for the future of public service.

While Dave Briggs doesn’t believe there is a one-size-fits-all approach to digital transformation, there is one over-riding factor he believes public sector organisations need to succeed over and above the technology they invest in. “You can do an awful lot with poor tech if you have the right culture, skills and strategic direction. If you have really good tech but you don’t have the buy-in, culture and skills you are probably going to fail no matter what,” Briggs says.

He has been involved in the modernisation of two different council IT departments to enable them to catalyse digital change across their organisations –Adur & Worthing and Croydon. While the IT department at Adur & Worthing employed around 15 people and Croydon cut down from 125 to 75 while Briggs was there, he says many of the challenges and opportunities were the same in both organisations.

“One of the key drivers at Adur & Worthing was modernising the technology. We were one of the first councils to roll out Google for our email and collaboration technology. We also were one of the first users of low code using Netcall Liberty Create. In Croydon, previous digital transformation initiatives had made some progress but left a little to be desired in terms of resident experience,” he says.

While cost cutting in Croydon took the team from 125 people to 75, new people were recruited to new roles within this, such as user research, content design and product managers. “Not huge numbers but just enough that we could start to turn the culture around,” says Briggs. With a new head of service in place and Briggs as his number two they turned the department from a “really moribund IT department” into “a vibrant digital service” in around six-to-twelve months. “That was a mixture of some quite big structural and strategic changes but also some frippery that is really important in terms of that cultural shift. We did things like putting bunting up in our part of the office, we made posters about busting bureaucracy which we stuck up around the building and people realized that something different was happening. We changed the policy so that people could put stickers on their laptops and we started wearing trainers to meetings. It sounds superficial but it was a very different vibe to what had happened before and it made the rest of the organisation take notice that we meant business,” he explains. Again, Briggs introduced low code, which he says paid dividends during Covid. “We built a case management system for shielding residents in about two weeks and we were able to do it with agile iterative effort, so we got it working in two weeks as a minimum viable product and it got improved as bits got added. If we hadn’t had the technology, the new roles we brought in and that new can-do culture I don’t know what we would have done.”

Let digital teams in at the start

One thing that could stop councils meeting their digital potential, Briggs warns, is the reluctance to include IT in transformation conversations at the beginning. “One of the frustrations is that digital folk often don’t have a seat at the transformation table, they are seen as a supplier in a sense – the council goes away, figures out an operating model for a service and then just before it is due to go live, they will ask for a web form to make it happen. The understanding the rest of the organisation has about IT and digital is that they deal with the laptops and the websites, they don’t let them into the conversations about how to radically redesign services using digital as a foundation stone.”

Briggs says the key is designing an operating model from the ground up based on the principle that the vast majority of people have access to the internet all the time no matter where they are. “Thinking about how we can deliver a service based on those principles is the kind of thinking councils need to be doing and they can only do that if they have the right people in the room while they are having those conversations. Digital has a massive role to play and is not currently playing anywhere near the role it needs to – a big part of that is probably because people in senior leadership positions lack confidence in terms of understanding the full strategic impact of what is happening. They are, for whatever reason, unwilling to let these weirdos with stickers on their laptops and trainers turn up to some of those meetings,” he adds.

As for the future, Briggs says councils should not be getting excited about new technologies on the horizon because they are already playing catch up. But he notes there are opportunities around moving IT into the cloud to help organisations become more agile. Better use of data might also play a role in future digital transformation, but only if councils are willing to respond when given an actionable insight. “Technology can now liberate data out of line of business systems and bring it together in meaningful ways, but you have got to want to take some action on your insights and that is not where a lot of councils are right now,” he notes.

• Dave Briggs will be talking in depth about how the UK leading digital councils are creating software and sharing it with the sector in a series of online events, hosted by iESE and Netcall. If you’re interested in joining us online or catching up on this content, you can register your free place here: https://iese.org.uk/digitalcouncils-making-the-best-it-decisions

This story is from:
Transform Issue 27 - January 2022 Edition
by iESE Ltd