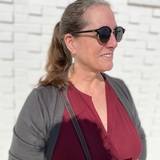 from Horse Tales: My Life & Times

Preceeding pages: “Western Preview” by Ruth Schneider. Western Horseman Magazine, August, 1964. Article features Pat Parish as a trendsetter in western style. When I was 17, a fellow I knew had a coming two-year-old, double-bred King P234 colt, that he called Doc. His sire was a pretty obscure son of King, and his dam was much the same (pretty obscure). He was one of the reddest sorrel colts I had ever seen. Doc had been ridden a little bit, but his owner was such a big guy, he didn’t really want to get on him much. I had just gone to work for Dr. W. H. “Dub” Worrell, who was the fi rst president of the National Cutting Horse Association. Doc’s owner saw a real opportunity to get his colt in with some real cuttin’ horse people, so he gave him to me. Dr. Worrell let me move the horse to his house in Houston and stable him with his horses, and he promised to help me break him. Later, Dub said that he could have given me a raise if he hadn’t had to feed both me and my horse. My mom and dad knew nothing about my horse deal, or they would have realized that was the main reason I dropped out of college: to earn enough money to take care of him. Here, I should mention that the owner contributed not one penny to Doc’s upkeep. I was so gullible and horse crazy I didn’t even realize I was being used, but that’s okay, because it all worked out in the end. Since the horse needed to belong to me for Dub to let me keep him there, the owner gave me the Breeder’s Certifi - cate and I registered him in my name. I spent every spare minute at Dub’s riding Doc. After leaving his busy dental practice every day, Dub would saddle his mare, Banjo Eyes, and ride. And I would be right beside him soaking up horse talk. I had never owned a really good horse, and even though I’d had horses since I was six, no one had ever really taught me the right way to do anything. My grandfather and my father had owned horses during their lives, but certainly could not be called horsemen. A horse was just a means to an end that ate grass better suited to cattle grazing. They had sort of tossed me a pair of reins, and I climbed on and rode any horse I was allowed to get on—and some I wasn’t. At that time, Edgar Brown, a wealthy oil man, owned a large place just west of Dub’s house.

He was heavy into cutting horses and was in the process of buying every top cuttin’ horse in the country and hiring the trainer that went with the horse. Amy Gamblin, Matlock Rose, John Carter, and Bubba Cascio all worked for him at the same time. It was not a congenial group. Every chance I got, I would ride down to Brown’s and hang around those guys. I guess they felt sorry for the “kid,” so they offered me advice on what and how to do things with a horse. A few of them even let me ride back in the woods with them to their secret arena to watch them train and ride their horses. Sometime during the next year or so, I met a guy that I would marry in a couple of years. He had a two-yearold, double-bred Joe Moore mare, Boggie Do, that Jim Reno was training. Boy, she was burning up with cow and really put Jim on the map as a cutting horse trainer. had his time in sun, if he had only had somebody on him who could ride. While Doc was in cuttin’ training, I had to sit on the fence. I really didn’t like that. Western Pleasure was just becoming a point class with the American Quarter Horse Association, so I decided to show him as a Western Pleasure horse. I had to learn what a “lead” was and how to get a horse to take a right lead or a left lead. The fellow I was dating, Buster Parish, was a pretty good horseman, having trained and shown hunters and jumpers, and he was a pretty good calf roper. He showed me what a lead, was, how to use my legs to cue a horse for a lead and taught me some about different bits and other tack. I soaked up any and all information on horses like a sponge. When I started going to some registered shows, I realized most of the old cowboys didn’t know

Jim Reno on Boggie Do

She was the leading Jr. Cutting Horse in the nation before she was 24 months old. Well, since Buster was trying real hard to impress me, he said he would pay for Doc’s cuttin’ training, so I moved my horse to Jim’s place. Doc did turn into a pretty good cutting horse, but never the caliber of Boggie Do. I learned to ride a cutting horse, though, and learned what an unbelievable thrill it was to have a horse drop down in front of a cow. I was never really able to show one well, because I was so intimidated by the horsemen I was competing with. One year, I entered Doc in the Junior Cutting at the State Fair in Dallas. There were so many horses entered that I didn’t show until 3:30 or 4:00 a.m. Every top junior horse and all the top trainers had lost a cow, and I had the best herd holders and turn-back men in the business: Dr. Worrell and Matlock Rose. Amy Gamblin and Curley Linehan were holding the herd. Doc had done a great job with the first two head, while I had been falling all over him… almost came off once with him coming back under me. I was completely unnerved. I had about two seconds to go and with all my help telling me not to, I cut the same sour cow that everybody else had already lost, and I lost him. The judge told Dub that I had the whole damn thing won ‘til then. He said the horse sure hadn’t gotten any help from me. King Joe Doc almost a whole lot about showing in a Western Pleasrure class. Besides, I was young and cute, and it was easier for me to look good on a Western Pleasure horse. I started placing and then Doc and I started winning. What a rush! I tried showing him at halter, a class that resembles a dog show with the trainer leading the horse, but he really lacked the conformation to be a good halter horse. Buster had a 10,000-acre ranch leased in Junction, Texas, and when we got married, King Joe Doc and I moved to the ranch. He was a great ranch horse, and we covered a lot of rough territory over the next year or so. Doc’s time spent as a ranch horse really sharpened him up as a cutting horse. If he missed a cow by just a little bit, we might have to go a mile or two to dig her out of a 1,500- acre pasture. He decided he would rather do it right the first time. He was smart and hardheaded. I used to say that he would spend all night thinking of what he was

going to do to me the next day while I stayed awake trying to outthink him. When you saddled him in the morning, if you let him put one toe a half inch out of place without correcting him, the rest of your day was pure hell. One frosty morning in Junction, we went over to help some neighbors gather stock. From the minute I stepped on Doc, he tried everything he knew. He was crow-hopping all the way up one side and down the other of every canyon and kept it up for miles. Finally, we hit a big fl at rock still covered with frost and while he was showing his butt, he slipped and fell. When I felt him going down, I kicked out of the stirrups and started scooting across the ground to get away from him, because it looked like he might fall a second time and I didn’t want to be under him. When the dust settled and Doc fi nally got his feet back under him, I started to get up and realized all my scooting had been done with a huge prickly pear leaf under my right cheek. My Levis were nailed to my behind. Pa Smith, age 80+, our host, took a great deal of pleasure from pulling the largest thorns out of my derrière. I rode for another mile or two until the pain made me go back to the house. Those darn thorns were still working their way out a year later. Doc was such a versatile horse. He was one of the best pony horses (a horse that leads another horse) you could hope for. You could snub up the rankest bronc or the greenest colt and he would lay his shoulder into them and never give an inch

of ground. He was one of the few horses we had that you could hunt off of. My stepdaughters and little sister would come to the ranch and he was always their mount of choice. I knew he would take care of them. They spent a lot of time swimming with him in the river. The one thing he could not abide was a rattlesnake. If he heard one buzz, you were SOL. He wouldn’t get within 300 yards of of a snake. A couple of times, while in hot pursuit of livestock, he and I were jumping brush and he must have heard a snake. In midair, he did a 180 and very nearly left me on top of the snake. He was the only sea-level horse we took to the Hill Country that wouldn’t quit you in the rocks and canyons. A year or so later, we moved back to Houston and opened a large western store out on Interstate 10, Salt Grass Saddlery. Doc and I now had our own truck and trailer and it was easier to get to horse shows. We went to local shows and amateur cuttings. I hadn’t really started going to major shows that much, but because of my exposure to the show ring on Doc, a fellow named Dick Ingram moved to town as manager of one of the big downtown hotels. He owned a little mare named Sissy Jinks. Sis had a number of halter points and several performance points in Pleasure and Reining. He watched me show Doc around and came to the store one day and said he would like for me to take Sissy Jinks and get her AQHA Championship. That was the beginning of my horse showing days. Until I started writing his story, I really didn’t realize what a major impact King Joe Doc had on the direction of my entire adult life. Doc remained my main man until he came down with colic one night and the one vet who could have saved him wasn’t available. I stayed up with him all night and another vet tried but couldn’t save him. Oh, how I begged God to let him live, but I guess he needed him in Heaven. He had an impaction and died the next day. Bless his heart, he taught me so much and we had some of the most amazing times together. 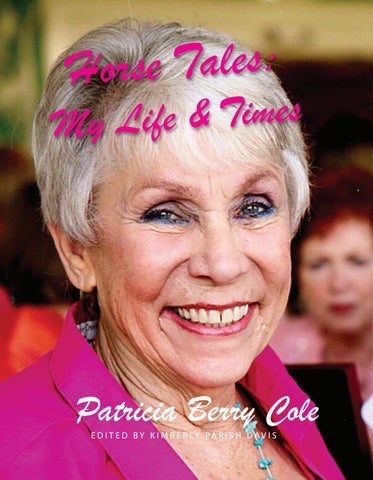