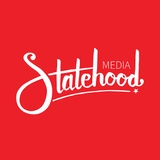 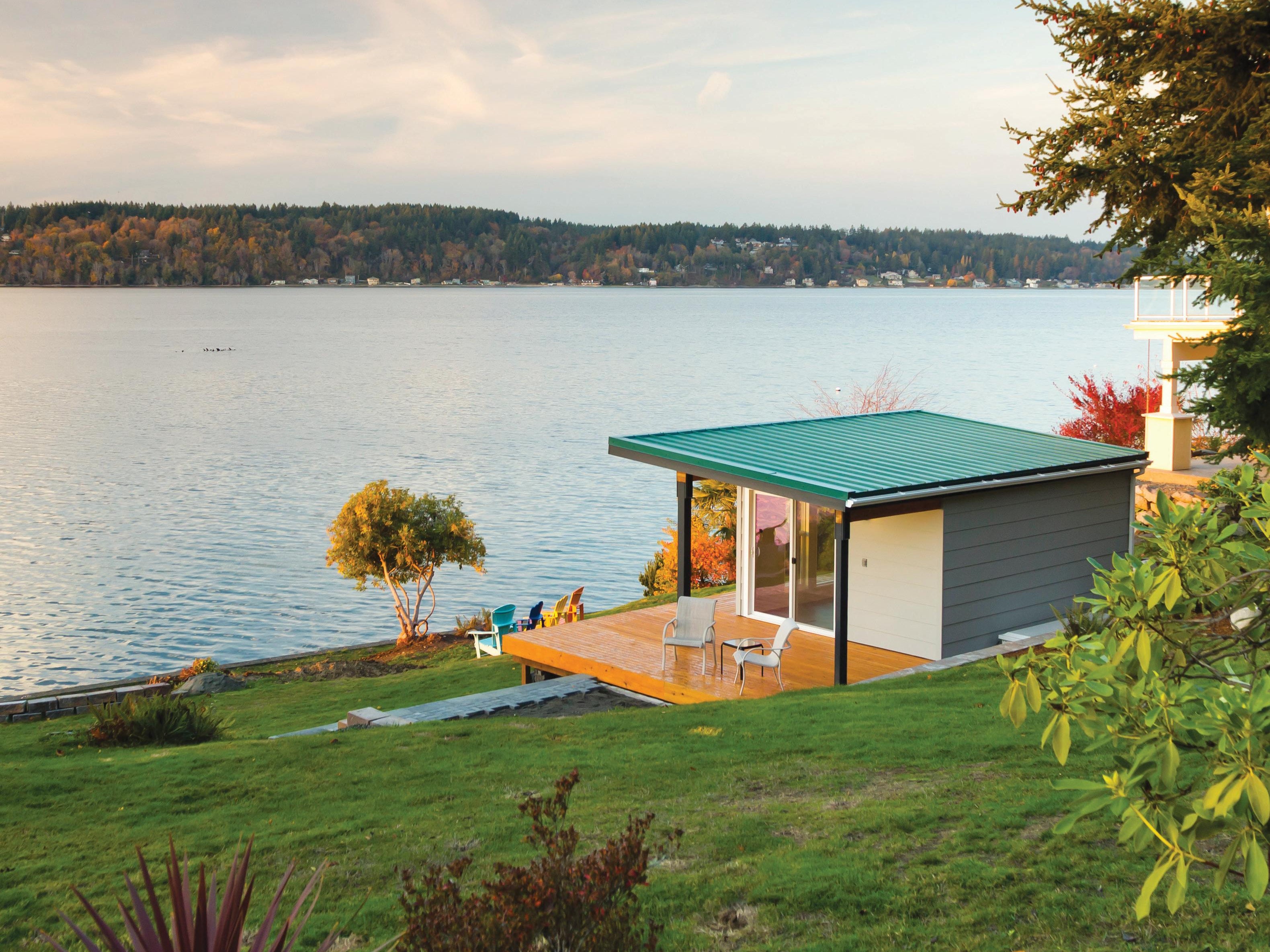 The pandemic hastened a work lifestyle trend that was well underway throughout the country—working productively and remotely. Whether working for tech startups in the Bay Area from a cabin in the Cascades or freelance writing for New York-based publications while overlooking the Strait of Juan de Fuca, a number of trends have fueled the lifestyle dreams of those whose jobs are not place based—the rollout of high-speed internet to otherwise rural areas, the surge in digital transformation, a critical mass in workflow and communication apps, the rise in home prices in cities, a generation that clamors for experiences over things and finally the advent of the pandemic.

We see a Pacific Northwest that is less dependent on offices and more invested in distributed human capital, where people are ditching studio apartments for rural redoubts. We see a generation of workers less restrained by global headquarters and real-time face time than global wandering and Zoom calls. We see the emergence of Zoom towns across Washington for those who looked at all of these trends and made plans to live a fuller life in their chosen Zoom town.

Washington’s population grew by 93,200 per year over the past decade, up from 83,000 in the prior decade. We wanted to know where people were moving and what was next. We worked with Washington State population data and Zillow research to divine the areas and cities that have drawn more people over the past decade and over the past year. We sifted Zillow data to find where the next Zoom towns would be and narrowed our list to the top five in the state.

Zillow provided data to us that revealed their top page views for home listings in Washington metro areas. Port Angeles led the pack with a 37.2 percent jump for the twelve months from November 2019 to November 2020 over the prior period.

Why are so many people interested in Port Angeles right now? It embodies the balance between getaway and connection to the world. Seattle is two and a half hours by car. Victoria, Canada, is an hour-anda-half by ferry, and forest therapy in the Olympic National Forest is just minutes away.

Port Angeles is a breath of fresh air on the northern coast of the Olympic Peninsula and on the edge of Olympic National Park. Backpacking, paddling, lakes, rivers and trails are de rigueur for visitors and locals in this spectacular part of the Evergreen State. Dense forests and cascading waterfalls are beautiful and common along Hurricane Ridge, 17 miles south of Port Angeles. Nearby glacial lakes such as Crescent and Sutherland are pristine for kayaking or standup paddling. Just 12 miles southwest lies one of the peninsula’s newest bragging rights—the Olympic Adventure Trail, a 25- mile dirt ribbon for hikers, runners and mountain bikers.

From Port Angeles, forest therapy in the Olympic National Forest is just minutes away.

Port Angeles’ downtown is classic PNW. Its main commercial sector is composed of the couplet of East 1st Avenue and East Front Street, just a block from the harbor along the Strait of Juan de Fuca. Duck into the Great Northern Coffee Bar for a Bull of the Woods Cuban-styletriple Americano and a locally sourced breakfast sandwich. Work from The Coffee Box with brews and views. The region’s bounty is on the menu at Kokopelli Grill, local seafood refashioned as Southwest cuisine. Popular newcomer Grayson’s has something that few others do, a short rib grilled cheese sandwich on Texas toast. The Next Door Gastropub rolls open to East 1st Avenue while inside it’s all about albacore tataki sliders and citrus crab salads, local king salmon and local beers.

Perhaps some of the online interest in Port Angeles residence listings will be absorbed by a new five-story $22 million condominium building to break ground this spring just a block down from where construction of the Lower Elwha Klallam Tribe’s four-star waterfront hotel is set to begin this spring. Port Angeles arts will blossom with the addition of Field Hall, a 500-seat multipurpose auditorium with a 300-seat state-of-the-art conference facility that will be completed in 2022.

A lot has been happening in Vancouver to transform it from a sleepy Portland neighbor to a world-class Zoom town. Vancouver is the county seat of Clark County, which witnessed the second-highest influx of newcomers in Washington over the past decade. The county grew 17.4 percent, or by 73,837 people between April 2019 and April 2020.

One project that put Vancouver on the map with remote and mobile workers was a $1.5 billion transformation that became a reality. In 2018, this massive undertaking added a riverside mixed-use neighborhood with 3,300 apartments and condos, retail shops and restaurants, breweries, wine tasting rooms, a 7.3-acre park and the cantilevered Grant Street Pier jutting into and overlooking the Columbia River with Portland on its southern bank.

Waterfront Park also ties in with the 5-mile Columbia River Renaissance Trail for paved walking and biking with views of Mt. Hood in the distance. Burnt Bridge Creek Trail is another option for locals. The 15- mile out-and-back paved surface follows Burnt Creek from Vancouver Lake southeast to its turnaround at NE Burton Road.

Vancouverites don’t have to go too far to enjoy the benefits of forest therapy either. To the east is Gifford Pinchot National Forest, where a lifetime’s worth of trails wind along rivers and waterfalls. To the south is Mt. Hood and skiing and snowshoeing. To the north is Mt. St. Helens, for hiking to high alpine meadows. To the northwest is Vancouver Lake Regional Park for protected kayaking and standup paddling.

Downtown Vancouver is having a renaissance of its own, with new apartment buildings that will increase downtown residential numbers by as much as tenfold, according to some estimates. Restaurateurs are ahead of the curve, launching independent restaurants such as Amaro’s Table, Pacific House and the iconic Rally Pizza, to name a few. A downtown supermarket could be in the works, too, after density reaches critical mass.

Redmond is ideally situated for those who want to cut cords with Seattle but remain nearby for cultural and urban outings. On the northern shore of comely Lake Sammamish and 15 miles northwest of Seattle, Redmond isthe home of Microsoft and calls itself the Bicycle Capital of the Pacific Northwest. It also comes in at third-fastest in population growth from April 2019 to April 2020, trailing Seattle and Vancouver.

One of it’s crowning resources is Marymoor Park, a 640-acre complex of trails, sports fields, a drive-in movie theater, concert venue, cycling velodrome, a 300-acre conservation area that is home to 120 species of birds and a cricket field (giving Redmond the distinction of the densest number of cricket fields in the state including one on Microsoft’s campus three miles away).

Downtown Redmond centers on Redmond Town Center, an outdoor shopping campus with restaurants and boutique shops and a 2-acre plaza that makes for a great outdoor workspace in the summer and fall.

Recreation is right out the door. The Sammamish River Trail is a 10-mile multi-recreational paved path that extends from Marymoor Park north to Bothell’s Blythe Park, where it joins the 27-mile Burke- Gilman Trail into Seattle. The Sammamish River Trail passes near Chateau Ste. Michelle, Columbia and Silver Lake wineries, setting up an old-school Tour de France for the properly disposed.

On the eastern shoulder of the Cascades, Ellensburg is a sleeper mountain town with enough trails and outdoor pursuits for thosewho combine work and outdoor play. Ellensburg’s historic downtown feeds the soul. With more than thirty historic buildings, and some that date back to the founding of the state in 1889, Ellensburg can nourish the cultural side of the brain, too.

On the eastern shoulder of the Cascades, Ellensburg is a sleeper mountain town with enough trails and outdoor pursuits for those who combine work and outdoor play.

Central Washington University is the academic anchor to Ellensburg. CWU’s residential campus is home to more than 12,000 students who often wander out to the Cascades to blow off steam. It also counts Christine Day, the former Lululemon CEO, among its alumni.

Another cultural icon in town is the Ellensburg Rodeo, bucking 100 years old and a formative cultural experience for this town. With few exceptions, the pro rodeo opens Labor Day and plays out right in town across from the CWU campus.

When it comes to cycling, earning the Silver Level from the League of American Bicyclists for bike friendly towns, Ellensburg is a great place to change your background from day to day. Whether you’re gravel biking the 250-mile Palouse to Cascades State Park Trail, hitting 15 miles of Manastash Ridge on your mountain bike or riding or the 61-mile Cle Elum roadie loop that puts you in the middle of some of Kittitas Valley’s most beautiful scenery, this town has many two-wheeled settings. Foodie options include The Red Pickle’s street tacos and kung pao brussels sprouts, The Yellow Church’s killer burgers and Ellensburg Brewing’s Das Wurst Sliders on pretzel buns (no need for ketchup).

Led by West Richland, Benton County recorded the third-fastest growing population (17.4 percent) from April 2010 to April 2020, according to the state Office of Financial Management, Forecasting and Research Division. While the pandemic hastened the trend of migration to more rural living, the truth is, it had begun before Covid. Indeed Kennewick, Richland and West Richland were all in the top ten cities of Washington’s strongest home sales price growth from 2019 to 2020, according to Zillow data. For many people coming from bigger cities with bigger salaries, these prices are not yet out of reach.

Many people think of Tri-Cities as the home of the historically intriguing Hanford B Reactor, foundational to the Manhattan Project and the creation of the first nuclear bomb during World War II. This is an amazing field trip to take but probably not the attraction for most remote workers. With the influx of people who can work remotely and bring their jobs with them, projects such as the new Park Place luxury apartments that overlook the Columbia River and the distant Blue Mountains are in high demand.

To its west and southwest, Tri- Cities can add wine country to its amenities with such notable growing areas as the Yakima Valley, Red Mountain and Horse Heaven Hills. Rich post-alluvial soil, and hot days and cool nights make the area good for Bordeaux and Rhonestyle wines and for lifestyle, too.

Recreation tends toward trails and rivers. The 23-mile paved Sacagawea Heritage Trail that follows the banks of the Columbia is a great outdoor resource for hiking, running and biking. The trail passes through other city parks and attractions along the way, connecting the Tri-Cities in a healthy recreational loop.

Kayaking, standup paddling and SUP yoga are all aqueous pursuits along this meandering stretch of the Columbia River.