Donnie Shell does not want you 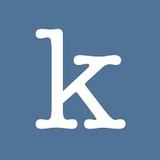 SHELL MAN INTRODUCING OF A

Donnie Shell is the stage name of a UK student artist who stays in disguise.

“Wearing a mask on stage or whatever I’m doing, I think that it really does have the power to truly let you be unfiltered,” Shell said.

Many artists like Daft Punk, Orville Peck, Sia, and Billie Eilish use unusual clothes, masks and wigs to conceal how they really look from their audiences.

“By concealing your identity, you essentially get to be whatever the audience needs you to be,” Shell said. “They can get into your persona and have it resonate with them on a more personal level. It’s kind of like abstract art.”

Two-and-a-half years ago, Shell discovered how over-the-edge obsessive he was about music when he started playing the guitar.

He said he considers his music to be psychedelic rock, which was created in the mid-1960s and branched off from rock music style, with influences from the psychedelic culture centered around perception-altering drugs. D

Shell’s music is very guitar-heavy; buggy tones are added to his vocals. Shell guides his listeners through the groovy yet jam-worthy music he creates.

Though he doesn’t have any music out yet, he plans to release his first single, “Siren Song,” sometime this spring on streaming platforms like Spotify, Apple Music, Amazon and more.

“I got to see them in Asheville this past fall, and it was just like a religious experience,” Shell said. “They were just so talented, and it was a beautifully orchestrated show.”

Shell’s sound is also inspired by Tame Impala. “Kevin Parker is definitely a genius, and I think that he deserves all the popularity that he has found,” he said. Other lesser-known bands that play into his sound are Froth, Flaural, DIIV, and Post Animal. Shell did not have much experience with music before starting this journey in December 2019.

“He was an athlete and played competitive baseball for many years,” said Shell’s father, who also prefers to be unidentified. “I think it taught him and

Being involved with sports was a very consuming part of Shell’s life. Once that chapter was over, he wanted to focus on another interest: music. Shell said his interest in music comes from his father.

“In terms of from at my very core, I would say that seeing and getting exposed to a lot of different kinds of music very early on was a role mainly performed by my dad,” Shell said. Whether it’s during one of the family’s music jam sessions or just a casual dinner conversation, music is all this family talks and thinks about.

“Music to me, and I teach my kids this, is what I call the universal language,” said Shell’s father. “It’s one of those things that seems to just sort of break down any or all cultural, racial, socio-economic kind of boundary…

It’s been a huge influence in my life on many levels, still is.”

Shell’s father considers his son to be one of his best friends, and he said he enjoys the style and creative elements of Shell’s music. “Being a father, you have to be a little cautious in not being too critical, but I think as an amateur music critic, I find it very enjoyable,” he said.

Shell’s father thought that this route his son decided to take in music was unexpected but rewarding to watch develop. He is 100 percent in support of Shell’s creative choice in wearing a disguise.

“To be honest, I didn’t see this level of creativity and energy and desire to pursue music like this. This has been a bit of a blindside,” said Shell’s father. “It has been a very rewarding blindside. I just don’t think anyone saw this coming.”

Shell plays the six-string guitar, electric guitar, bass guitar and the keyboard, and he sings. He said he would love to learn new

Donnie Shell’s mask sits on one of his pedal boxes.

instruments but the music that he’s creating right now is only centering around the instruments that he already knows. Shell records himself playing each instrument, then layers them on top of each other within his music. Shell said producing his music is “extremely tedious,” like learning a totally different instrument.

Currently, Shell is open to doing live performances in the future but wants to make sure that he orchestrates a performance that is genuinely entertaining versus just playing straight through his songs on stage. He would perform with his band Shell of a Man. He wants this band to attract an audience that not only likes the music but his persona, the artwork and visuals, and music videos as well. His goal is for this band to encompass all these forms of entertainment on the stage rather than his being alone up there.

“In this digital age I think that audiences, including myself, really do demand a lot from performers, and I think that’s a good thing,” Shell said.

While writing and playing music, Shell said he enjoys thinking about how he could take his audience on a journey through his songs. Whether it’s the lyrics or instrumentation, he wants to tell a story to his listeners and to take them places with his music.

He finds that playing music is mentally stimulating and thinks it is good not only for him but for others to do in order to expand their mind and just relax.

Shell said he hopes that someone is out there who cares about his art and what he is trying to say through it. •

This story is from:
KRNL Lifestyle + Fashion Spring 2020 Magazine
by Kentucky Kernel