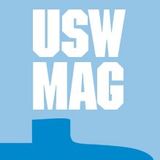 Submarine IDCs – The Navy’s Most Unique

“DIVE! …DIVE!” A familiar lump fills my throat as the black steel behemoth slips beneath the dark, icy waves of the Atlantic. I reflect on the long hours of drills and operations followed by short stints of one-eye, one-ear open sleep during the weeks ahead. My experience has taught me the exact tone and vibration caused by the berthing door being opened by a shipmate headed to my bunk. I am part doctor, nurse, pharmacist, health inspector, psychologist, health physicist, shipmate, brother, submariner… I am “Doc”.

A lone submarine Independent Duty Corpsman (IDC) is the sole medical provider on every boat in the Submarine Force today. He is directly responsible to the submarine’s commanding officer for the health and wellness of every Sailor aboard and is the only enlisted department head. The practice of medicine can be challenging for even the most highly trained physician within the tight spaces and close quarters inherent to the submarine service. This point is shockingly apparent on fast attack submarines where the Doc shares a very small space with countermeasures launchers and a myriad of piping and valves. There is no room to even effectively evaluate and treat a patient here, just a simple fold-up desk for admin duties and a few lockers for supplies. In an emergency the Officer’s Wardroom or Crew’s Mess would act as a patient evaluation and treatment area. Medical supplies are stowed in various spaces throughout the ship in an effort to prevent the total loss of a particular item in a single casualty and additionally prepositions emergency medical gear throughout the ship in the event of a personnel casualty.

a family doctor and treatment/stabilization of injuries ranging from minor cuts and bruises to broken bones, closure of complicated wounds, and minor surgical procedures. This may sound routine or unimpressive as other medical professionals on shore do this on a routine basis. The difference on the submarine is the environment and isolation experienced during submarine operations is truly unique and often can be simply described as practicing medicine on the moon with minimal supplies, one hand tied behind your back, and often no communications to ask for help. The reality is the resume of the submarine IDC includes traits of a doctor, nurse, lab technician, psychologist, and orderly rolled in one. That makes the IDC one of the most versatile and highly-trained medical professionals in the world.

In addition to medical duties, the IDC is designated as the ship’s radiation health officer and is responsible to the commanding officer for administration

of radiation health programs including personnel dosimetry, maintenance of records documenting crew occupational exposure to ionizing radiation, and maintenance of crew health records ensuring the rigorous requirements specified by the Navy’s Bureau of Medicine are met. Most Doc’s will tell you that these duties account for the majority of their time when not dealing with patients or medical issues. The effective management of the radiation health program is a vital element in the day-to-day operation of the submarine. Other routine duties carried out by the IDC include monitoring the ship’s atmosphere to ensure clean breathing air is maintained, testing of the ships potable water system and treating water for potability, ensuring general cleanliness and sanitation of all berthing and food preparation spaces, training the crew in basic first-aid procedures, and maintaining all medical equipment. Training a basic hospital corpsman to be a successful “Submarine Doc” takes a little time, a few good instructors, and a whole

lot of work on the part of the student. Second Class Petty Officer Corpsmen with the drive and determination are eligible to apply for the 58-week course of instruction conducted at the Naval Undersea Medical Institute (NUMI) in Groton, Conn., a component of the Naval Operational Medicine Institute in Pensacola, Fla. The purpose of training IDC students is to equip them with the medical and administrative knowledge and skills required to administer all aspects of the medical mission aboard an operational submarine. This is perhaps the most difficult and demanding assignment in the Navy. There is not an instance during an IDC’s tour that he can escape the grasp of responsibility. Students attend Basic Enlisted Submarine School followed by training in radiation health, medical administration, gas free engineering / atmosphere control, clinical medicine, and clinical rotations. The historical attrition rate through the curriculum is approximately 40% due to the high standards required to ensure a graduate can function independently in a high stress environment. The effectiveness of these standards is validated by the outstanding performance and low attrition rate of NUMI graduates in the fleet.

NUMI’s roots go back to the 1940s during the early days of World War II, when Navy Physicians and Pharmacist Mates (now corpsman) were trained for duty in the submarine service through a partnership between the Naval Medical Research Laboratory and Naval Submarine School. With the birth of the nuclear fleet, the course for training submarine corpsman evolved from the Nuclear Submarine Medical Technician curriculum to the current Submarine Force Independent Duty Corpsman course of instruction. This curriculum began as very limited medical training coupled with Basic Enlisted Submarine School and has since matured into the intensive radiation health and medical training program currently in existence. NUMI graduates approximately twenty-five new IDCs per year. All report to operational submarines for their first tour of duty.

Corpsmen have served with distinction on submarines in every major war, conflict or patrol since World War I, and have distinguished themselves among fellow submariners. No longer are they just “the Doc” but are now increasingly qualifying and performing the duties of senior submarine watch stations such as Chief of the Watch (COW) and Diving Officer of the Watch (DOOW) in addition to their regular assignments. Several outstanding former submarine IDCs have even gone on to serve as Chief of the Boat (COB). The service of these men has been characterized by dedication and professionalism combined with true care and compassion for their crews. The autonomy, scope, and responsibility placed in the hands of a submarine IDC are virtually unparalleled in any other profession. In this community the title of “Doc” is not taken lightly by those who bear the title or those who bestow it. This title itself holds no true rank, authority, or civilian certification but is one of the most unique, challenging, and rewarding positions in the Navy today.