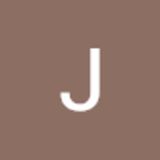 from Vol 4. Issue 3
by The Chariot

Self-driving cars have long been regarded as the technology of the future. From KITT to Batman to even The Incredibles, autonomous vehicles (AVs) have appeared in pop culture for decades. Thanks to new advancements in technology, self-driving cars are closer than ever to becoming a reality. The world with self-driving cars would be safer, faster and cleaner. Researchers predict that self-driving cars will function similarly to driveshare services such as Uber and Lyft. These autonomous vehicles will drive around cities until a human, through an app or by other means, signals a robo-taxi to pick them up. Once the passenger is inside, they can input the address into the central computer and sit back while the car drives them to their destination. AVs are much safer than human-driven cars because they can compute information in milliseconds, beating the slower reaction time of humans. Additionally, these innovations will lead to a better way to travel long distances. Imagine getting into a car at midnight, going to sleep on a lounge-like sofa, and waking up in the morning in another city ready to start the day. Self-driving cars could produce a drastic decrease in short-haul flights because of their added comfort and privacy. All in all, the future is promising for self-driving cars to revolutionize our society. As one of the engineers who is actively involved in the future of self-driving cars, Mobileye’s Mois Navon is hopeful for the future. He envisions a future in which autonomous vehicles which “reduce car accidents, traffic, car ownership, [and] cost of goods [while] improving city infrastructure.” AVs have the potential to save lives. Currently, 94 percent of all motor vehicle accidents are caused by human error. However, engineers are working towards a “Vision Zero,” a future in which there are “ no more traffic deaths and serious injuries.” AVs will not only protect human lives but also protect the environment. Running on all-electric engines, AVs will greatly cut down carbon emissions, leading to cleaner air quality. On top of the environmental benefits, self-driving cars will change the infrastructure of cities. Instead of parking lots, cars will be stored in centralized locations, away from the public eye. Without the need for parking lots, officials can transform these spaces into mini-parks, event venues, or even new buildings, while in the suburbs, garages can be transformed into extra space for the home. Autonomous vehicles have the potential to transform the daily lives of people around the world. While the future for AVs is promising, there are still plenty of roadblocks in the way. Thousands of researchers across the globe are working on improving the technology we use in self-driving cars. Mois Navon estimates that “initial deployment of robotaxis will start happening within 2 years,” and Wired Magazine claims that “you won’t need a driver’s license in 2040.” However, there are still several challenges researchers must overcome in order to release this technology to the public. The MIT Technology Review breaks these challenges into three parts. First, make self-driving cars safe. This can be done through improved camera optics and more detailed maps of the environment. Second, make self-driving cars useful by regulating how fast cars need to go and drafting laws surrounding accidents in self-driving cars. The last challenge is to make AVs affordable. These AVs need to be a fraction of the expense of vehicles today if they are to replace the current system. Despite the challenges, researchers are hopeful that we could see self-driving cars within our lifetime. Self-driving cars are arriving. They will change our world for the better, leading to fewer accidents and less greenhouse gas emissions. Mois believes “that science and technology are the spearheads of this effort to make the world a better place.”

This story is from:
Vol 4. Issue 3
by The Chariot