Whose report will you believe? 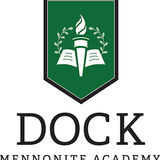 Leonard Dow remembers getting a less-than-stellar grade in German from faculty member Dan Reinford when he was a student at Dock. “It definitely put a damper in the Dow house,” he said. In his commencement address to the Class of 2019, Dow said there are other types of bad reports that we enjoy receiving even less.

A bad credit report, for example, can jeopardize your financial future, preventing you from getting a mortgage or other loan, or even from getting a job. Perhaps the most unsettling bad report we can receive is a grim diagnosis from the doctor. Dow remembers when his father received a bad medical report after being diagnosed with liver cancer. It caught him and his family by surprise because his dad had always been healthy, and the news that he had six months or so to live was devastating.

Dow remembers his dad being unusually calm considering the circumstances, and eventually he explained why: He said he had asked God for a little more time. He had some unfinished business, and he needed time to complete it. So he asked his family to join him in the belief that he would have more time.

Dow’s father would eventually die as a result of his cancer, but he lived for three years after his grim diagnosis. The doctors told him his quality of life would deteriorate quickly, yet he continued to live with purpose—working part-time, serving his church as a deacon, and ministering to his family as husband, father and grandfather—until just a short time before he died.

“Graduates, the question I give to you this evening is the same question my dad faced: Whose report are you going to believe?” Dow said. “My father, and later his family and friends, chose to believe the report from the Lord!” Dock graduates must choose which reports they are going to believe, too, he added, because there are a lot of “bad reports” floating around in the world today: - Reports that the ongoing violence in the world, from the Middle East to the middle of Philadelphia, “is not my concern.” - Reports that the broken relationships in our marriages, in our families, and in our communities cannot be restored.

- Reports that a bridge cannot and will not be built between the political, ethnic, racial, economic or religious differences that divide us as a nation. - Reports that nothing can be done to reverse the adverse impact of climate change. - Reports that the Church, including the Mennonite Church, and our faith is outdated, on the decline, and no longer relevant. - Reports that there is no God, or at best God is an absentee landlord leaving this world to its own devices and self-destruction.

The question, “whose report are we going to believe?” is as relevant in 2019 as it is when it was first asked in the Bible in Numbers 13. Moses sent out 12 spies to survey the land of Canaan, which God had promised generations ago to Abraham and Sarah and their descendants. For 40 days the spies wandered in the Promised Land and then returned with a “report” about the land and its inhabitants. “The land does flow with milk and honey,” the spies said, “but the people who live there are powerful, and the cities are fortified and very large.”

One of the spies, Caleb, said to Moses, “We should go up and take possession of the land, for we can certainly do it.” But some of the other spies told a different story. “We can’t attack those people; they are stronger than we are,” they said. “The land we explored devours those living in it. All the people we saw there are of great size…. We seemed like grasshoppers in our own eyes, and we looked the same to them.”

The spies gave two distinctly different reports. One affirmed that the land was just like God said it would be, but the obstacles to possessing it were just too big to overcome. Their report was based on fear.

Caleb’s report was based on faith. Yes, he said, the land is just like God said it would be. Yes, the people who live there are larger than us, and yes, the possibility of failure is high. But we serve a God that isn’t only a promise maker, but a promise keeper. Let’s go! The Israelites chose to believe the bad report based on fear, and as a result an entire generation failed to move forward into the purposes and possibilities God had in store for them in the land He had promised.

“Graduates, Jesus wants you to know that he has come and given each of you a good report to replace all the bad reports you are bombarded with every day in the news, on social media, and by your peers,” Dow said. “The good report is that God sent his Son Jesus into the world and now, the Holy Spirit is available daily to lead each of you into a full life, a complete life, an uncompromised life, right here, right now.

“Today I’m inviting the Class of 2019 to join others in this generation to lead us through our wilderness as Caleb and Joshua led their generation into the promises of God, by believing the good report of the Lord!"

Leonard Dow is Vice President of Community and Church Development for Everence, which helps individuals, organizations and congregations practice financial stewardship that aligns with their faith and values. Prior to joining Everence he served as pastor of Oxford Circle Mennonite Church in Philadelphia for nearly 20 years. He is a graduate of Dock Mennonite Academy (’82), Eastern Mennonite University, and Palmer Theological Seminary. View his address, and all of Dock’s 64th Annual Commencement, on the website at dock.org/commencement

This story is from:
Summer 2019 Lamplighter
by Dock Mennonite Academy