To All White and Nonwhite Families 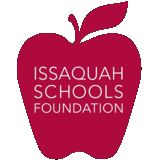 Did your parents ever give you the chance to talk about race? For more than two years, Dr. Caprice Hollins has been working with the Issaquah School District staff to share the message of equity and cultural understanding. Last February, families of the district also had the opportunity to learn from Dr. Hollins about how to be a culturally competent family. Here I am sharing my personal reflections.

She started the conversation by asking the public what they were taught about race when they were growing up. Dr. Hollins explained that most white families were taught that noticing race was bad (and “color blindness” was good), that racism was a thing of the past, or that they can use their relationships with diverse people to "prove" that they don't have any more work to do to be culturally competent. Perhaps they had a friend in the military or even a girlfriend in college who was a person of color. For all these reasons, white families don't talk much to kids about race.

In contrast, Dr. Hollins described, how people of color come to know at a very young age that race really matters. Many first generation immigrants didn’t even know they were a person of color until they got to this country and quickly they learned through first-hand experience about the stereotypes associated with their race. Therefore, people of color frequently have to talk to their kids about race.

After coming from very different perspectives as it relates to race, white people and people of color find themselves intertwined tightly together in the diverse schools and communities of today, where small but impactful microaggressions happen on almost a daily basis. The Dictionary defines a micro-aggression as “a comment or action that subtly and often unconsciously or unintentionally expresses a prejudiced attitude toward a member of a marginalized group (such as a racial minority)."

Dr. Hollins explained that the most common micro-aggression is to ask someone: Where are you from? For me personally, when a person notices my accent or my broken English, they normally ask me where I am from. They might only be curious about my nationality or because of my looks they already guessed that I am Latina but they want to know what country I am from. Sometimes they are dying to tell me that they love Mexican food or a specific restaurant. I cannot tell you how many times this has happed to me.

Dr. Hollins explained that the majority of people mean no harm, but the reality is that what they are saying feels like: "You are not an American."

I am a person of color who always tries to ignore that this kind of aggression is having an effect on me. I love to talk about Mexico. I am extremely proud of the country where I was born. But I have to admit that uncomfortable thoughts linger in my mind: Are they wondering about my path to this country, and if I crossed the border legally? Are they thinking that I am here to take away their jobs? Do they think that is the reason why I was given the opportunity to study at an Ivy League University? Are they honestly OK with me being here or do they harbor anti-Mexican sentiment?

Think before you speak: If someone says you offended them, listen. Drop the defensiveness and be open to learning.

So, while micro-aggressions may appear innocent, they contain powerful hidden messages, and even if I would like to avoid thinking about them, I know that dealing with these everyday psychological arrows has an effect on me and on all people of color and marginalized groups.

Now, Dr. Hollins stated that micro-aggressions can also be committed by people within marginalized groups. This made me remember my aunt. Years ago, she visited me from Mexico, and we were walking together in the streets of New York when a group of black teenagers walked by us. She immediately got stiff, and I was mortified. When I asked her why she had done that she said: "I am not racist. I am just afraid of them." I did not know what to say. I knew that she was a good person and that all she knew about black teens she had learned in television shows filled with stereotypes. She had likely never spoken a word to a young black person in her life. However, her response stayed with me forever, and when I feel a micro-aggression, I try to remember my aunt.

I know I have offended people as well. I clearly remember when I was taking English classes in a San Francisco community college shortly after my arrival in the US, and a woman of Asian decent started speaking with me in flawless Spanish. I immediately told her how good her Spanish was. She gave me a wry half-smile and replied: "Well, I am Costa Rican." Now I realize that the message I was sending to her was: You don't belong in MY group. I wish I had stopped myself, but I didn't. What I have done is tell this story to my children and make them understand how easily micro-aggressions happen.

My son came home one day telling me kids at school had been call him the “Honorary Asian” because he is really good at math. Children thought they were giving him a compliment, but the message they were suggesting: Latinos and Americans are not smart.

Dr. Hollins explained in her talk that when a micro-aggression occurs, people of color might blame or shame white people. Many times, they just try to avoid the conversation altogether, pretending it never happened. In contrast, white people tend to become their own personal experts on the reality of people of color. They take it upon themselves to "decide" if people of color are exaggerating or being oversensitive. They claim that they don't see color and that their intentions about the comment or action are misunderstood.

These are difficult convesations but talking about racism (and listening to the experiences of others) is the only way we can do better. Dr. Hollins told us that we all need to know how to have conversations after a micro-aggression has occurred. We are not taught how to have these conversations at our home or at our schools, but if we don't figure out how to talk to one another, we won't be able to dismantle the institutional racism that still so clearly exists.

So, the big question is, how can you empower your children to be culturally competent through your own modeling and conversations?

Dr. Hollins detailed that if kids ask a question about why a person is different from them, why is this person (so dark/ speaks funny/has that instead of hair/is so white/has small eyes)? we should use those opportunities to talk to them. Don't shush them! The message you will be giving to your children is that we don’t talk about differences, and that there is something wrong with being different.

1. WONDER Slow the conversation down and ask questions. If they are the one bringing up a race question, ask them why are they asking? Understand where are they coming from. What are your thoughts? Why do you think that? What is your understanding about this?

2. KNOWLEDGE The more info you have about other cultures, the better you will be able to understand them. (This is the reason our magazine always has articles about the experience of being a person of another race in our District.)

3. SKILLS Don't wait until your children ask you a question. Start conversations with them about events that are happening around you. Help them develop skills, and give your children (and yourself) grace. The goal of Cultural Competence is ongoing work for all of us. Culture is always changing. I can assure you that being a Mexican was very different 20 years ago when I came to this country, compared to what it is now. What does it mean to be a member of a group? What is it like to be a person of that race or group in this country? What is it like to be black/Asian/Latinx/white?

After attending Dr. Hollins event, I went home and I talked to my kids about what it is like to be Latinx in this country this year. And even though my children are used to me talking openly about race, using the tools that Dr. Hollins gave us in her talk made my conversation with them much richer. Let's help our children develop the skills they need to have a culturally competent community that is always honoring its differences. It's everyone's job: white or nonwhite.

Micro-aggressions can be sent verbally, nonverbally or environmentally.

"You speak good English." = You are a foreigner.

"You are so articulate." = People of your race are not intelligent."Why do you have to be so loud?" = Leave your cultural baggage outside.

When a person of color passes on a sidewalk and a woman clutches her purse or a man checks for his wallet. = People of color are dangerous.

When a person of color is followed in a store. = People of color are criminals.

Assuming an Asian person is good at math and science. = I see your color, you are an alien in our land.

The use of images referring to Native Americans and First Nations people as the mascot for sport teams. = I am portraying your cultural group as a savage.

The use of cultural costumes such as Day of the Dead skulls, a kimono or an Arabian long tunic riding a camel. = I have the right to make fun of your culture.

If you would like to learn more about this topic or increase your understanding of equity vs. equality, privilege, implicit bias, and learn how to effectively engage our children and work together to dismantle institutional racism, please watch the video of Dr. Hollins’ event at https://www.parentwiser.org/watch-videos. All PTA/PTSA members have free access to this and other great educational videos. 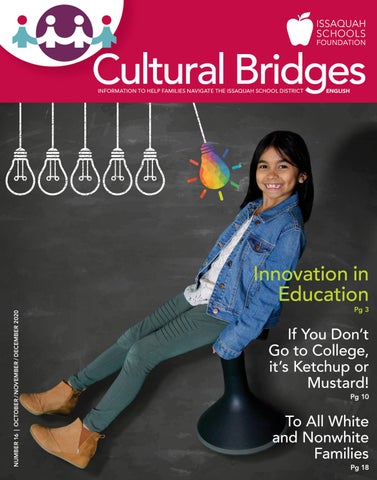