SEX AND COVID: INNOVATIONS AT THE END OF THE WORLD 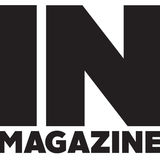 from 'IN Magazine: September/October 2021'

THE SACRED CAMARADERIE OF FUCK...

AT THE END OF THE WORLD

Locked in but never disconnected, many of us have been forced by COVID-19 to innovate in the face of uncertainty. Whether due to financial instability, a desire to explore one’s sexuality, or a need to express art through content creation, many have migrated to OnlyFans (OF).

But how has this pandemic changed how we interact sexually with one another? How have sex workers adapted through a global lockdown? We interviewed eight sex workers on what they wish others knew about sex work and those who do it.

Many, like Sarah and Drew, started their OF journey during the pandemic. Drew, a 23-year-old gay man who is a recent graduate in Edmonton, had been thinking about OF for about one year before actually starting. “It was never really a necessity at that point…but when COVID hit and I was at a place of job uncertainty, I had a lot of free time, and decided to go full throttle and actually start it [OF].”

Sarah, an artist and social justice advocate from Alberta, began by creating and posting boudoir and semi-nude content on her social media. “It was about taking back my power. When you grow up as a South Asian woman, sexuality isn’t really something that is celebrated or applauded, so it was my way of breaking into sex positivity. OnlyFans was something I thought about for a long time since I was already taking that content, but held off for so long. I was nervous about the stigma.”

Sarah was lucky enough to be employed during the pandemic, but her partner was not: “Employment stability was rough.… We lost a lot of income and I thought to myself, ‘What can I do to supplement this income loss?’ and ‘Would this be good for me, my mental health?’” When Sarah began on OF, her partner was very supportive about the boundaries she set and even gave her a ring light. Dirk, also from Edmonton, started off with Chatterbate and then got into OF. Although he makes less money on OF, Dirk says Chatterbate is a harder platform to moderate when it comes to boundaries and harassment. OF became the better option given their tools that allow for stronger moderation agency. It was easier to hide his identiy on OF, which was important given that the lockdown, financial instability and the possible loss of employment made him move back with his parents. COVID really “forced” Dirk to evolve, and OF has been a slow progression for him.

Getting into sex work can feel like an isolating experience, as very few resources and supports are available. Molly Jo Parton, a selfdescribed super-nerdy introvert from Toronto, started in-person sex work after her sociology undergraduate degree. “I went on a few dates with somebody who ended up telling me they do sex work. It’s something that I’ve always been interested in, but I never knew anyone into it or how to start – it’s not like there’s an easy guide. I wish I had started so much earlier, but all of the fear I had went away pretty quickly.”

It is perhaps the perception and treatment of sex work as being ‘less than’ that has made for a very protective community of sex workers who look after each other. Given the difficulty of accessing basic employment protections and resources, this community

has been keeping itself safe from stigma and violence. Many OF creators, and sex workers in general, have claimed that they felt empowered to start off in the field because of the support and relationships they built.

As has become obvious through the copious amount of screen time that’s now part of our routines, the pandemic represented a change in the way we all live and work (no matter what our line of employment). Our need for connection and intimacy, however, did not change. In fact, as a result of months in social isolation, many of us have never been hornier for reciprocal care and touch. These ‘new’ demands for intimacy and connection started to be reflected, in their own ways, within sex work.

Perhaps to nobody’s surprise, isolation has really highlighted that we’re social beings who crave connection, feelings of belonging and community. Sadie is a full-time sex worker from Alberta. She’s on OF, SextPanther, StreamMate and ManyVids, but she prefers more interaction-based platforms.

“On SextPanther – my main platform, where people can pay by message just to talk – it can get to a point where we’re connecting, we’ve got some chemistry, and it’s actually really enjoyable for both of us. And I will sell a monthly package for a girlfriend experience, and then someone can message me whenever they want, they can share pictures, they can flirt. It’s actually really fun for me as long as I like the person. And, honestly, only people that I like ask for it, because the chemistry has to be real for it to work. That has been my favourite thing, getting to know people and being the person they turn to when they wanna chat. Obviously more sexual stuff comes up, but it’s definitely more than that; it’s a genuine connection.”

Although most of Molly Jo’s in-person clients have been cis and straight-passing guys, she also sees a lot of couples and goes on dates with people from any gender and sexuality. About two months before the pandemic really hit, she started online sex work through OF, ManyVids and PlexStorm, but she prefers in-person dates: “There’s the intimacy and connection, [and] I’m also touchy-feely, so I like being able to touch people. It pays more, and I don’t have to go through editing videos and all of the extra work that comes with online stuff.”

On the other side of the spectrum, Ryley started off their sex work journey three years ago as a stripper at a club, and now does camming and OF. Like others, Ryley found that virtual spaces provided an opportunity to better set their boundaries in their own terms. On online platforms, they say, “I was more able to create content based on what I wanted to show. And [I had] a little bit more agency in terms of my clients.”

How does the rise in virtual sex work spaces impact the future of the profession? When asked how she sees the future of sex work, Naira Kitty, an OF creator, says, “I see [OF] opening a lot more sites like it. Now, a bigger conversation is being had to decriminalize sex work. It’s just the start of people legitimizing this form of work. I’m very excited.”

Although the need to innovate to more of an online context may have sparked new opportunities and spaces for connection, it has simultaneously created new barriers, for a field of work already marginalized and criminalized. In a society that already looks down on sex workers, social media can play a role that further censors and oppresses groups not seen as profitable.

Critically reflecting how sex work interacts with media, Naira adds: “It is the sex workers and the true allies who have been able to build this community and do so much work to push it to a place where we’re now able to have these conversations. As much as I love Instagram, it is a huge business tool today. The concept of ‘influencer’ and ‘lifestyle’ started from, I think, queer and Black sex workers…. On every level, sex workers using their social media to maybe advertise ‘come down to the strip club’ or advertise their outfits, right? And now it’s become this huge business; being an influencer is a career now. And…the irony is that Instagram makes money off of that now. They’re now censoring the sex workers that are working from the ground up, but allow for certain creators who they can benefit off of to post similar – if not more explicit – things, because they may be a celebrity, and Instagram is probably making money off of them.… The problem with that is that it puts a lot of smaller creators and sex work creators at risk. Because when you make your money online, your social media platforms are part of your business, your audience, and that reach. The censorship and the shadow banning of those creators essentially hurts their livelihood. Most of those creators that are censored on these apps are queer, racialized sex workers.”

Undeniably, we could have been more prepared for this pandemic, by doing things that sex workers have advocated for decades, such as de-criminalizing sex work and ensuring sex workers are protected like any other worker. Ryley says, “I think we need more access to sexual education. Not just LGBTQ+ folks, but also how to explore sexuality in a pandemic. There are still many elements of sexual well-being that go on whether you’re behind a screen or in person. We see all of this information about how to practise safe sex, but safe sex goes beyond protection and testing and these other things. I would love to see more support in terms of sexual and mental well-being, not just for sex work, but sex in general.”

During the pandemic, when many services became appointmentonly, access to HIV and STI testing was more limited due to lack of walk-in options. “The big issue with COVID is that the access to walk-in services and anonymous HIV testing has become a lot harder to find,” says Molly Jo.

Finally, providing some advice on what helped her stay well during the pandemic, Molly Jo says, “Getting tested pretty regularly is something that I’ve always done. It is really helpful in terms of keeping the sexual wellness side, but it also helps with your mind, not to worry about it. That’s also kind of why I got prescribed PrEP, to take more control over my body – which, this last year with COVID, I felt like I had no control over. Both mentally, physically, all of it, it felt really good.”

This article was written in collaboration with Freddie, a virtual service that is making HIV PrEP accessible and inclusive through virtual care.

This story is from:
IN Magazine: September/October 2021
by IN Magazine