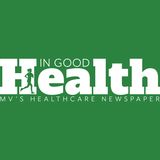 Yes, there really is such a thing

Work can be stressful: running from meeting to meeting, juggling deadlines, dealing with rude customers, clients in crisis, callous bosses and a never-ending string of emails and longer “to do” list.

There comes a point when it becomes too much. You’re overwhelmed by it all.

I’ve been there. As a counselor in a counseling center, I stopped caring about my clients. Day after day, hour after hour, I saw person after person — each in a crisis, each sad, and some to a heart-breaking level. It was a stressful, difficult job. I became overwhelmed with stress from the constant barrage of challenges.

Despite the fact that our boss arranged for times for us all to talk with each other, support each other, and I thought I was taking caring of myself outside the office, I was at the point where I didn’t really care about those sad stories. I was jaded, cynical and ineffective with my clients.

I was suffering from burnout. I needed to stop working at that job, or at least take a long break. My clients deserved better than what I was giving them.

Burnout is when we experience stress over an extended period of time, say experts.

The impact of burnout is very real: lack of motivation, decreased job confidence and performance, increased moodiness and negative thinking.

Burnout is now a legitimate medical diagnosis, according to the World Health Organization’s handbook that guides medical providers in diagnosing diseases.

Burnout — brought on from chronic workplace stress — is real and is impacting an increasing amount of people. Internet searches for “how to cure burnout” increased by 88% in the past year, says a research group. Now that the diagnosis has been made legitimate, medical providers can diagnose someone with burnout if they meet the following symptoms: feelings of energy depletion or exhaustion, increased mental distance from one’s job, feelings of negativism or cynicism related to one’s job, and reduced professional effectiveness. This change gives people who suffer burnout more legitimacy — they are recognized as having a severe issue.

Dr. Sharmila Dissanaike teaches mindfulness as a method to help combat the growth of burnout in physicians.

“Stress is the person who looks a little crazy when they turn up for an after-work get together at the end of the week, strung out and frazzled. The burned-out person is the one

who didn’t even bother to show up,” Dissanaike said.

“It takes things that should be enjoyable and flattens them into a list of tasks. The end result is that everything, from wedding celebrations to registering to vote, becomes tinged with resentment and anxiety and avoidance,” is how Anne Helen Petersen describes it in “How Millennials Became the Burnout Generation,” which went viral on buzzfeednews. com.

No simple solution “You don’t fix burnout by going on vacation,” Petersen adds. “You don’t fix it through ‘life hacks,’ like inbox zero, or by using a meditation app for five minutes in the morning, or doing Sunday meal prep for the entire family, or bullet journaling.” So, how do you fix it? “Burnout and compassion fatigue are genuine concerns for professionals in the helping field,” said Brooke Lewis, social work supervision at DRN Counseling & Consulting Services in Oneida County.

“Achieving a healthy work-life balance is of utmost importance,” she said. “Identifying activities, hobbies, and stress-reducing exercises to do throughout the course of the day and week is beneficial to combating burnout.”

“It’s important to take care of yourself,” added her employer, Dominick Nicotra, founder and executive director of DRN Counseling & Consulting Services. “Me, I exercise, swim, lift weights, and golf. Do whatever you enjoy doing.”

“Put it down and the end of the day and don’t take it home,” he suggested.

Employers have a big role in addressing burnout.

“We’re there for each other,” said Nicotera about helping his employees. “We talk to each other; we help each other get through.” Sharing with others and supporting one another is critically important.

Employees who have little control over their schedules, interactions and time management are at risk of burning out, say experts.

Employees should look for ways to add more control to their daily schedules. It is recommended to take 10 to 15 minutes each morning to outline a few goals to help regain a sense of control.

Employers need to recognize that employees should have as much autonomy as possible over their work to help prevent burnout.

Burnout is real. It’s something to be aware of and work to head off. What helped me was a long vacation away from the office — and away from emails and phone calls.

Marijuana use among U.S. seniors skyrockets

Americans may want to rethink the stereotype of the pot-loving teen: More U.S. seniors are using the drug now than ever before. The proportion of folks 65 and older who use pot stands at 4.2%, up from 2.4% in 2015, according to figures from the U.S. National Survey on Drug Use and Health. “The change from 2.4 up to 4.2, that’s a 75% increase,” said senior researcher Joseph Palamar, an associate professor of population health at New York University Langone Medical Center. “It didn’t double, but 75% is a pretty big increase, I think.”

Emily Feinstein, executive vice president and chief operating officer at the Center on Addiction, reviewed the study and commented that the trend is “not surprising.”

likely to experience pain and other chronic conditions,” Feinstein said. “Secondly, marijuana has become increasingly available and acceptable within society. Together, these two factors are probably driving this trend.”

But Palamar doesn’t think the wave of marijuana legalization sweeping the nation has prompted Grandma and Grandpa to give weed a try, either to ease aches and pains or have a pleasant evening.

Rather, he thinks the proportion of aging marijuana users is increasing because more older folks are already familiar with pot.

“A lot of people who use marijuana are aging into the 65-and-older age bracket. I personally think that’s what’s driving this,” Palamar said. “Of course, there are new initiates,

but I don’t think there are that many older people trying weed for the first time ever.”

There still are a lot fewer seniors using pot than younger folks, Palamar added. It’s just that marijuana use overall has continued to rise in the United States, affecting nearly all groups of people.

The NYU researchers analyzed responses from more than 15,000 older adults. Pot use rose more drastically among specific groups of seniors between 2015 and 2018, including:

• Women (93% increase) versus men (58%), although nearly twice as many men use compared with women overall.

Seniors taking up pot after smoking it back in the day are probably doing so for potential medical benefits, although the survey didn’t ask this question, Palamar said.

“From what I see, I think a lot of older people are using weed more for medical reasons rather than recreational reasons,” Palamar said. “I know someone in this age group who for never in a million years I thought would use marijuana. She eats a marijuana gummy every night to help her sleep, because she feels it helps better than anything else. I think this is becoming more common.”