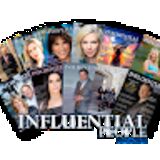 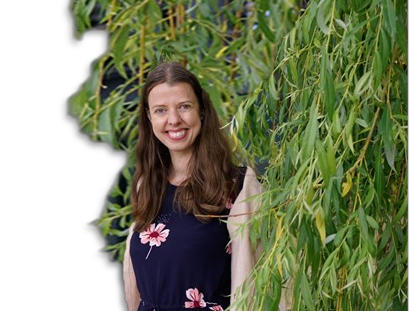 Susan Hargreaves is the Founder of Animal Hero Kids, a charity that empowers youth by providing them with school presentations that highlight animal rescue, advocacy, and promotes a cruelty-free existence by youth. She has been an animal advocate for over 40-years and has been revered by World Leaders and Celebrities across the globe.

Jules: You planted a seed four decades ago about Animal Hero Kids. Share your backstory.

Susan: When I discovered what is happening to animals in the animal-based agriculture industries, on fur farms, in hunting, and circuses, I was shocked to my core. At 9 years of age after witnessing male chicks being gassed and suffocated at a chicken hatchery, I began to realize the truth about how our society treats other species. In 1980 I determined to be part of the solution and began organizing, investigating, writing, and educating about the realities of animal cruelty that the public is not being shown.

I began giving free, customized humane education presentations for all grade levels to build empathy, the building block of kindness. Combine empathy and knowledge with the ability to critically think and what do you have? A prime motivator for positive change, and boy, do we need positive change and more kindness towards all species and the planet! In the past forty-one years I have been encouraged by the compassionate actions by youth, the youth I have met through the school presentations, and through the annual Animal Hero Kids Awards, I created, and of course, the Animal Hero Kids Crew.

Susan: In the Volume 2 edition of “Animal Hero Kids Voices for the Voiceless”, there are 284 pages of compassionate, courageous actions. There is the story of the 13year-old boy named Bradley, who was walking home from school and saw across the road a large dog hanging out of a parked vans’ window being strangled by a leash around his neck, and no-one was approaching the canine because they were scared of him due to the dogs’ size and breed. Bradley sprang into action releasing the pressure around his neck and saved the dog from certain, painful death. When Bradley was at a school assembly he was surprised with an Animal Hero Kids Award and a letter and tickets from his favorite soccer team I had arranged. Then there was the 12-year-old girl who lived in Central Florida, Rebecca, she received a call from a frantic neighbor for help. A pig was lying in the road, the tail was cut and she had road scrapes all over her body, dehydrated, she had escaped from a transport truck on the way to the slaughterhouse. Rebecca called her Stella and cared for her back to health, that story is called “How Stella Got Her Groove Back” Depending on how old your readers are they may know that movie. In Daytona, there was a group of surfer high school-age teens who fought to free a stingray suspended and dangling from a pier. I love surprising kids or teens with Animal Hero Kids Awards during school assemblies with my constant canine companion, Lovey. She was rescued from the kill list of a pound and loves meeting kind folk. I am so proud of the recently published “Animal Hero Kids Voices for the Voiceless" Volume 2, Lovey, and the rescue stories, animal hero tips, classroom projects, and vegan recipes are all contained therein.

Jules: AnimalHerokidtober was a huge success. Share some of the initiatives. Any surprises?

There were two surprises to me, one a Kenyan teen, and a Japanese girl, cooked vegan meals for the vegan chef activity, they had simply heard about AnimalHeroKidtober on Instagram. The second surprise was I learned one of the Animal Hero Kids volunteers had a son who had just graduated from film school for claymation. I was looking for a claymator for the new “Veganza Animal Hero” character, and surprise! -he remembered me and was positively affected by the presentation when he was a preschooler. So now Wyatt, who is in the video on the left with a “Team Herbivore” t-shirt, see video…is in the process of completing our first ever claymation, Veganza Animal Hero!

Jules: You have received support from celebrities in 2020. Why is celebrity important?

Susan: When people have the power of a public spotlight to illuminate injustice and cruelties, it works! Why does it work? Because one tweet from Billie Eilish to her gazillion followers about how going vegan helps animals, the planet and makes a huge difference! I am so happy Maggie Baird, the mum of Billie has given a positive quote for the new book “Veganza Animal Hero” The quote Joaquin Phoenix was kind enough to give bits of help lift Animal Hero Kids. Animal Hero Kids, the charity I founded has a small budget, the effect of celebrities using their arena to empower more people to think about their consumer choices is priceless.

Jules: Your free humane education programs are so powerful. One of the goals of Animal Hero Kids is to gift the book, “Animal Hero Kids Voices for the Voiceless” to every library? Tell us about the program and your ebook.

Susan: After every presentation, I leave a copy of “Animal Hero Kids Voices for the Voiceless’ for the school library, group home, treatment center…I am presenting to. They have just been empowered by hearing stories of people their age, their background rescuing, and advocating for other species. When I say other species, I am including humans by the way, as we often forget we are animals, too. We all deserve to live free from harm, free from prejudice, free from suffering. So, where was I? Yes, the goal is to gift a copy of the book to every school library. I was over the moon thrilled recently by the fact the Connecticut school district bought ebooks for a virtual school program in October, this is the stuff my dreams are made of, getting these empowering true stories to propel more action and change.

“I was an animal hero kid at 3 years old when I felt that animals had the right to live free of harm and suffering. It is vital to foster empathy and critical thinking in youth which leads to compassionate actions, and ultimately, a more peaceful world for all.” ~Joaquin Phoenix—Activist, Actor

Jules: Tell us about “Kindness Education,” and the pandemic pivot.

Susan: I began to mention it in the answer to the last question. I am 61 years old, not that age makes a difference, but my natural inclination for being all tech-savvy, social media maven is not high. Then the pandemic hit. We made videos underlining the connection between animals being overcrowded, suffering, and super viruses.

All of my school presentations in schools screened to a halt, as you can imagine. So, I had to get virtual, buy a zoom account, make more teaching videos….I am not saying I am an expert, I still have to stop myself from peering at the screen to try and figure out something which ends up being an embarrassing close up of my right eyebrow. Yet, all in all, the virtual world of engaging classes of children was a challenge well met, allowing me to reach far more students than one individual visiting schools in person. It also spawned a partnership with sanctuaries where we collaborate on school programs., a groundbreaking and effective result.

Jules: You just launched a new book, Veganza, animal hero. Tell us about the book and the claymation, plus a full-length documentary film geared to all ages.

Susan: Veganza Animal Hero swoops in to rescue all species and instill empathy in hardened hearts. Courage the mermaid is a defender of sea creatures, together they are unbeatable and are exactly what we need right now. The children’s illustrated book is gorgeous thanks to the enchanting artwork of Monique Martinez. The documentary is geared to adults and demonstrates why I founded Animal Hero Kids and highlights why we need more animal heroes. This film answers the question, what is happening to other animals? The Veganza Claymation I am still searching for some voiceovers preferably by celebs to ensure Veganza’s message flies worldwide.

I finally, at the urging of some savvy people created an author's website so these projects can be supported and explored at Susanhargreaves.com and Animalheroki ds.org

Jules: Animal Hero Kids has big plans for 2021. Tell us about your vision.

Susan: 2021! Can you believe it? This will be the best year yet, for Animal Hero Kids, Kindness education, and the sprouting up of vegans. The new virtual courses and partnerships with farm sanctuaries are gamechangers. For so many years I have strived to have the resources to open a mini sanctuary and education center for field trips and service-learning projects, the dream has eluded me, as the financial support is just not there for smaller organizations like Animal Hero Kids. Well, now, epiphany! I can have the largest education center and sanctuary teaching bases in the world by partnering with legitimate sanctuaries for the virtual programs, I don’t have to buy land, and ensure there are staff, etc,… to succeed in my dream. Think about it, the largest taxi company does not own a car, we are in a new world of possibilities.

The potential for the new documentary, the claymation short and Veganza to shift public attitudes is heartening, too, so, readers if you wish to support us, if you have any contacts in the film industry, the film festivals, television, publishing, news media...we want to hear from you. I am forging ahead with a team of genuine, dedicated people and there’s more room on the Animal Hero Kids train JOIN US!