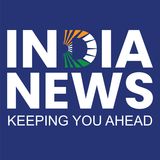 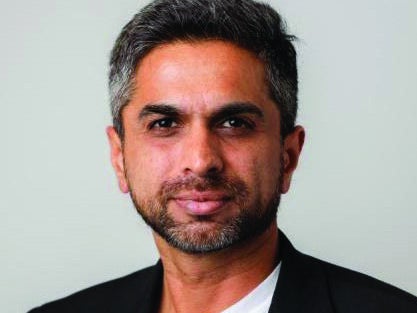 Rise and smile: An ancient Ind...

The COVID-19 pandemic has been responsible for the largest number of human casualties in the 21st century, so far. It has not only exposed the health vulnerability of the global population but has also pointed to various environmental implications due to the economic lockdown. As the world is fighting the pandemic it is also important to realise that a carefully crafted plan is needed for economic recovery, keeping the ecological sustainability as the central pillar. Here, I introduce the concept of ‘ecoresurgence’, which encompasses an overarching emphasis on indigenous, ecologically sustainable activities for the resurgence of Asian economies in the Post Covid-19 world. The fact that learnings from indigenous knowledge, cultural traditions and philosophical richness are capable of setting the region on a sustainable pathway is the guiding principle of this concept.

As countries have been scrambling to bring their national economies to normal, several large-scale and smallscale initiatives to pump in financial resources have gained global attention. From the Global East to Global West fiscal stimulus packages are presenting opportunities for economic revival. Large-scale infrastructure projects, policy decisions prescribing economic restructuring at regional as well as a national level are adding

the momentum to the revival globally. The debates surrounding the Green New Deal in the United States and the Green Deal in European Union throw some light in this direction. However, the diversity of Asia in terms of governance structures, demographic differences and economic status demands an altogether different architecture for economic recovery than what is followed in the EU or the US. The EU is connected with a single currency which makes it easier to implement recovery plans. For US, being a single country, the Green New Deal may find favourable environment for implementation. The key point is that Asia may not necessarily benefit from a Green Deal model to design its economic recovery.

The diversity of the region has nurtured environmental consciousness for the past several millennia in varied ways. Though the vast Asian region never was under the rule of any single kingdom or ideology, common philosophical elements linked the region from time immemorial. Environmental consciousness always formed a key element in the cultural heritages that spread across the region. The concept of self-reliance reverberated in the Gandhian views of Gram Swaraj was rooted in the ancient Indian philosophies that placed environmental ethics at the highest pedestal of the mannature relationship. The organic holism reflected in the Confucius philosophies and the principles of non-interference or wuwei in the Taoist philosophies gave thrust to correctness of social relationships. Similarly, the perceptions of Mizukara (self) being integral part of Onozukara (nature) also questions the human domination over environment and portrays that ecological sustainability needs to be the key element in driving the world towards a state of wellbeing. By bringing in an alternative way to GDP based measurement of society’s progress, through the approach of Gross National Happiness Bhutan has successfully highlighted that an Asian thinking plays a critical role in mainstreaming sustainability.

Eco-resurgence is an Asian collective initiative for incorporating the learnings from indigenous knowledge, philosophies and environmental values and ethics of harmonious living with nature, to further sustainable development at local, national, regional and global levels. While mainstreaming the elements of environmental sustainability, the concept does not advocate to sacrifice the benefits of modern scientific, technological and economic progress the global society has acquired over centuries using millions of man-hours of intense learning and research. Instead, it stands for integrating environmental sustainability as the core of strengthening local economies, making national level

policies and building regional level networks. It then aims for integrating the benefits of ecological sustainability ingrained in the indigenous philosophies in the global processes towards climate mitigation and sustainable development. Unlike the existing processes that guide climate mitigation and sustainable development through top-down global environmental governance, eco-resurgence presents and alternative global bottom-up environmental governance architecture.

The framework of eco-resurgence constitutes local, national, regional and global policy layers where the concepts of ecological sustainability are mainstreamed.

• Local: At local level, the concept aims to promote self-reliant economy. Strengthening the selfreliance in agriculture, food production, healthcare and local industries will be critical.

• National: At national level, the economic policies need to be sensitive to ecological sustainability and indigenous philosophies that nurture harmonious relations between human and nature.

• Regional: At regional level, it is important for the governments to promote common objectives while having shared pathways to foster collective responsibility towards sustainable development.

• Global: A global platform to mainstream ecological sustainability that is deeply founded in the learnings from indigenous knowledge and philosophies which can contribute to strengthening the global goals of climate mitigation and sustainable development.

The concept of eco-resurgence has special importance in the context of designing post-COVID economic recovery architecture. While the pandemic undeniably led to high human casualties, it also reminds us that the excessive push for human domination over environment has made significant impacts on the ecosystem.

Dr Nandkumar Janardhanan is Research Manager, Climate and Energy and Regional Coordinator, South Asia at Institute for Global Environmental Strategies, Japan. He is also fellow at the Institute for Australia India Engagement, Brisbane.