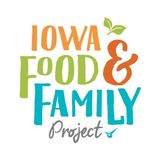 Soyfoods are on the Menu, with Research Showing Nutritional and Health Benefits

Soyfoods have long been a staple in Asian cuisine and are now popular among American consumers. Numerous studies show that consumption of soyfoods among all ages continues to rise, especially among millennials. It is with good reason. Soy is a nutritional powerhouse, fitting into every diet preference and stage of life.

Edamame has become the darling of soyfoods with its showstopping attributes. This young, green soybean is so popular that paint manufacturers even name

palettes after the legume. One company aptly describes edamame as “a lush green with an organic green undertone.” Although the beautiful soybean has been in the U.S. for more than a century, its recent fame is due to resounding nutritional benefits and subtle flavor.

1. Soyfoods are filling. One serving of soy offers approximately 7 to 15 grams of protein.

2. Soyfoods are everywhere. Eating soy is easy, with options found in nearly every aisle of the grocery store.

3. Soyfoods are versatile. From serving as a side dish to being incorporated in soups, salads, breads and desserts, soyfoods suit contemporary lifestyles.

4. Soyfoods are nutrient rich. Filled with B vitamins, iron, zinc, potassium and an array of antioxidants, soyfoods pack a nutritional punch.

5. Soyfoods are heart healthy. Containing healthy fats, they have been linked to lowering cholesterol and the risk of cardiovascular disease.

The dramatic rise in the popularity of soyfoods that began in the early 1990s didn’t occur without some controversy. Many experts were excited about the possibility of incorporating more soyfoods into the U.S. diet. The excitement was in part because in Asian countries, such as Japan, people were eating more soy and had lower rates of heart disease, breast cancer and prostate cancer. However, those types of observations or associations don’t demonstrate cause and effect. So, global research ensued to dig into the facts.

Researchers discovered isoflavones, which are naturally occurring plant compounds found in large amounts in soybeans and are classified as plant estrogens or phytoestrogens. This recognition led to unsubstantiated concerns that soyfoods could increase the risk of developing breast cancer, decrease testosterone levels in men and impair thyroid function. However, over the past decade, human studies show these concerns are without scientific foundation. Not surprisingly, health agencies throughout the world have concluded that soyfoods are safe. In fact, there is evidence that soy reduces the risk of developing prostate and breast cancer.

Mark Messina, Ph.D., is an internationally recognized expert on the health effects of soy and executive director of the Soy Nutrition Institute. Messina was a program director at the National Cancer Institute where he initiated a multimillion-dollar research program investigating the role of soy in cancer prevention. He breaks down three common myths about soyfoods.

Myth: SOYFOODS CONTAIN ESTROGEN, AND IT MAY IMPACT MEN'S HORMONES.

“Soyfoods do not contain estrogen, and clinical evidence shows soy doesn’t lower testosterone,” he says. “The myth may be rooted in the fact that naturally present isoflavones in soyfoods are commonly referred to as plant estrogens. Soyfoods may offer health benefits for men, including protection against prostate cancer.”

“The conclusion of numerous global scientific bodies, including the U.S. Food and Drug Administration (FDA), is that soy does not adversely affect thyroid function,” Messina says.

Spread soynut butter and apple butter on pita half. Arrange apple inside pita.

Soy protein is a complete protein, meaning it provides all nine amino acids. These amino acids are building blocks of protein, which your body can’t produce in sufficient quantities on its own. They are vital for many functions, such as tissue repair and muscle building. The FDA officially recognizes that 25 grams of soy protein a day, as part of a diet low in saturated fat and cholesterol, may reducethe risk of heart disease.

Potassium: One of most important minerals in the body, regulates blood pressure and may protect against stroke.

Omega-3 fat, alpha linolenic acid: An essential fatty acid that has been cited in reducing and heart disease risk.

To make the topping: Bring 2 quarts of lightly salted water to a boil in a medium saucepan over high heat. Add the edamame, return to a boil and cook until tender, 6-7 minutes; drain and rinse under cold water then drain again. Transfer edamame to a bowl and stir in the tomatoes, onion, lime juice, cilantro and salt; mix well and refrigerate until ready to serve.

Heat the oil in a large nonstick skillet over medium-high heat. Add the onion and garlic; cook, stirring occasionally, until starting to soften,2-3 minutes. Add the corn and cook 2 minutes longer. Transfer to a bowl and stir in the chicken, cheese and salt; mix well.

Put one tortilla on a work surface and spread the lower half of it with1/2 cup of the chicken mixture. Fold the top half of the tortilla over the filling to form a semi-circle. Repeat with the remaining tortillas and chicken mixture.

Wipe out the skillet with a paper towel and return to the stove over medium heat. Add the quesadillas 2 at a time and cook 3-4 minutes per side or until lightly golden and hot. Divide among 6 plates and top each with 1/2 cup of the edamame topping.

“Soyfoods go with everything – meat, vegetables, desserts – the possibilities are endless,” says Linda Funk, executive director of The Soyfoods Council. She shares some easy ways to incorporate this superfood into snacks and meals.

Breakfast: Oatmeal, smoothies, fruit parfaits and cereal offer effortless opportunities to be creative with soy. To make oatmeal creamier, stir in some silken tofu, and then add dried cranberries, maple syrup and soymilk. The result is a delicious, protein-rich breakfast that will carry an appetite through until lunch.

Lunch: Cool off in the summer heat with a bright, crisp salad. Take romaine hearts, watermelon, blueberries, basil, pecans and cucumber and elevate the dish to extraordinary with a basil lime dressing. Made with soft silken tofu, yogurt, oils and spices, the velvety dressing adds flavor and protein.

Dinner: Head to the deck to grill pork or steak kabobs along with some skewers of tofu and garden vegetables. Serve up a chilled sidedish of Iowa-grown sweet corn taken off the cob, combined with edamame and freshly picked cherry tomatoes. Add some favorite herbs and spices, and this vibrant trio is a feast for the eyes and a delight for the taste buds.

Snacks: With a punch of protein in every bite, roasted soynuts are easy snacks to have accessible at work or home. Chocolate-covered soynuts satisfy between-meal and sweet-tooth cravings. Or, spread some soynut butter on whole-grain crackers. For recipes, such as brownies or cookies that call for all-purpose flour, substitute some soy flour. Instead of using 1 cup of all-purpose flour, use 3/4 cup of it and 1/4 cup soy flour. The taste and consistency of the recipe will be the same. A great cookie modification is if a recipe calls for 3 cups oatmeal, use half oatmeal and half TSP/TVP for extra protein and a great crunch.

To view the full spread, view this magazine in your internet browser on your phone, tablet or desktop. This story is funded by the soybean checkoff.
This story is from:
Fresh Pickings Magazine | Summer 2020
by Iowa Food & Family Project