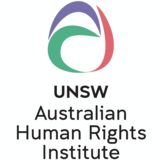 Dr Sabrina Filzmoser is 2005 and 2010 World Judo bronze medallist U57kg. She was 2008 and 2011 European Champion and 7th at the 2012 Olympic Games. She won the Tournoi de Paris in 2006 and 2008. In 2019 she took bronze at the Grand Prix in Budapest and became the oldest medallist ever on the World Judo Tour. Sabrina is an expert in climbing and conquered an “eight-thousander” in the Himalayas without oxygen. Sabrina is on Instagram @sabshero

Sabrina Filzmoser is an Olympian judoka and twice European Judo Champion from Austria. An expert mountain climber, Sabrina been visiting the Himalayas since 2005 and has run judo workshops for youth in Nepal and Bhutan.

In April, Sabrina was in lockdown in Austria and using the time to train in the mountains and at home in her cellar in preparations for training to resume with the national team and the remainder of the Olympic qualification period. Sabrina was also studying with the Austrian police school, where she is one of 20 athletes from various sports.

In between studies and training, Sabrina spoke to Gabrielle Dunlevy about her work through Judo for Peace, 1 efforts to promote gender equality in judo, and her feelings about sportspeople as activists.

Gabrielle: I have read about your regular trips to Nepal and Bhutan as part of your work with Judo for Peace. What year did you make your first trip to Nepal, and what impression did it make on you?

Sabrina: In 2005, I did my very first trip to Nepal to trek and climb in the Solu Khumbu Everest region. I realised a huge life dream to see the Himalayan mountain range for the first time ever, but indeed I have been impressed and influenced by the people, their culture, their simple life and honest thoughts.

Up at high altitude, life is very tough, for sure - simply challenging each single day. Some have no medical care and no back up for serious accidents or life-threatening situations. But what has been most mind-blowing for me has been the situation for most of the poor families living in remote areas and trying to send their kids to school for a better future. Some of the kids walk more than 90 minutes on dangerous tracks each day to school, if there’s snow or icy conditions they walk for nearly two hours. After spending the day at school, they walk back the whole way, each day.

In the years since that first trip, you’ve been returning to Nepal and Bhutan to help establish judo schools. How have you seen judo changing the lives of young people, and what is your favourite memory of this?

There have been several improvements concerning dojos, judogis, tatamis and ways to collect material and equipment and most of all to connect people. Although I would have loved to have spent more time there, I guess I would have not been so successful on my own path to fight, train and qualify for the next Olympic games if I had invested all, and everything emotionally, into my challenging Himalayan projects. What impresses me always is their personalities, their openness to future possibilities, their will and their courage to join a wild journey. With all its high values, ethics, moral codes and discipline – judo implants strong bonds and truly deep roots into their young minds. One of my favourite stories will always be one from when I was in Bhutan the first time, visiting Pelkhil school. They had already started their judo program a couple of years before my first visit in 2012 by the school’s managers, Karma and Rie, with the help of a volunteer JICA Judo coach from Japan.

I brought 270kg of judogis and sports equipment to Pelkhil school. Of course, I didn’t have the right size and the perfect fit for everybody. At the end there was this small, very tiny boy waiting till everybody had already left the boxes, but he was just too tiny and no judogi would fit him. One of his friends brought him some chocolate which was the only thing that I had brought enough for everyone. Two more boys joined, making the same gesture. They gave him all of their chocolate while he was sitting there in tears.

I was so touched by this I’ll never forget it. We managed to adjust something for him afterwards, but this one short moment up there at a place nearly 3000 metres above is just something that is etched into my brain.

I know you are also involved in efforts to promote gender equality in judo. What are the challenges that you are working to overcome?

The challenges in such remote areas are far from normal, I’m completely aware of this, and also the work of our athletes’ commission in our federation or the international federation has helped me learn about comparing situations, people, cultures and perspectives.

The low status of women in Nepal can be traced to economic, legal, sociocultural, political, and institutional factors, which are interrelated, mutually reinforcing, and centuries old. The condition of women was shaped severely by the country’s caste system, as this defined access to resources and opportunities.

Uplifting the status of women will require equipping them with necessary skills, attitude and values to grow as a professional and that’s simply an issue everywhere. Our focus should be on empowering women so that they can compete with men on an equal footing. As the girls and women’s self-confidence grows, they get more possibilities to fight for something, they open up their minds and also the minds of their families, relatives and friends. Step by step.

Finally, there are some efforts to limit the activism that athletes do. The IOC, for example, is concerned about sport mixing with politics and it will enforce Rule 50, to limit protests at Games. What is your view about athletes and activism?

That’s pretty tricky to answer. I’ve always followed my own ethical rules, but for sure I’m not one who protests against activism and would never ever limit my thoughts. To explain how I try to peacefully reach my own aims, I will tell you the most important fact for me, is that judo means “the gentle way.”

There are over 200 wars and war-like conflicts going on in today’s world 2 . What’s more, wars and serious military tensions have not only existed but even gathered pace. When the Japanese educator and athlete Jigor Kan (1860- 1938) first developed judo, his key idea was to create a new sport where skill would outweigh size and sheer force in importance. “Maximum Efficiency, with Minimum Effort” was Kanō’s leading principle. And this is how judo came about, from the combination of two simple elements:

I strongly believe in judo for peace. The idea of peace - in its all forms, in all parts of the world. It’s a solid fact that many of the problems of today’s world are caused by poverty, by unemployment, by masses of young people ending up in a state of meaningless inaction, isolation, a life with no purpose. That’s why I have always asked myself for the “why” - why I do it, why I try it, why I simply live my life with meaning.

Judo has proved a very good remedy for all this. Spreading the all-important message of peace, peaceful contending, by presenting tatamis and judo outfits, by organising judo training schools, camps and courses, by hiring qualified training staff - has proved a simply magnificent tool against young people facing exclusion. That’s my view of activism.