A Taste of Success at Food&Bev Live 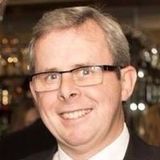 A Taste of Success Served up at

“With the addition of new features, National competitions, and the launch of the Irish Foodservice Suppliers Awards we had high hopes for this year’s event, and Food & Bev Live 2020 has exceeded all our expectations!” comments Patrick Clement, IFSA Chairman.

Thousands of visitors poured through the doors at Citywest, Dublin to visit Food & Bev Live 2020. With hundreds of exhibitors under one roof, the event attracted representatives from across the foodservice, hospitality, and speciality retail sectors.

Patrick Clement adds: “We have worked hard on this show for the past two years. Our goal was to make Food & Bev Live as good as it could be and the energy and atmosphere over the two days was incredible.

“In the build up to the sold-out event, the signs were very positive, and we are thrilled to hear exhibitors are reporting that major deals have been done.”

Exhibitors’ efforts to showcase their businesses in the best possible manner really added vibrancy to the event and for visitors, not only did they get to sample the very best food and drink on offer, they saw first-hand innovative new products; witnessed new business ideas and saw some of the industry’s finest compete live in the kitchens.

A highlight of the show was the introduction of The Irish Foodservice Suppliers Awards (The IFSA’s) which were created to provide a platform for both fledging and established business owners to showcase sustainable and viable innovations in the industry.

Acknowledged as having the ‘Best Sustainable Packaging Product’, J. J. Darboven Ireland was awarded for its the Eighty9 Reusable Coffee Tins. Manor Farm in conjunction with Farmers to Market took home the award of ‘Best Sustainable Food Product’ for its Free-Range Chicken Thigh Burger.

Marco Beverage Systems was awarded both winner and highly commended in the ‘Energy Efficiency Innovation in Light Catering Equipment’ category. Its MARCO MIX UC3 + 3 BUTTON FONT was named as the winner with MARCO FRIIA highly commended.

The Synergy Trilogy grill, available from both Bunzl McLaughlin and Broderick Bros Ltd, was named as the best ‘Energy Efficiency Innovation in Heavy Catering Equipment’ with the judges commenting that the Synergy Grill can “reduce energy consumption by up to 60% against competitors, delivering an excellent return on investment, which both reduces a business’s cost and supports a carbon footprint reduction.”

Commenting on the calibre of entries to the inaugural awards, Chair of the judges, Maurice Bergin from the Green Hospitality Programme adds: “IFSA created these awards to acknowledge product and service innovation, and sustainability, within the foodservice industry, and the response from suppliers has been impressive. The winners and finalists have demonstrated a commitment to playing their role in creating a more sustainable and energy efficient future, and innovation and NPD is central in driving technology forward.

“This is where the foodservice industry, and indeed all businesses, need to focus their efforts to ensure growth in the years ahead. This is not a trend, it’s a new business reality. Customers are demanding that all businesses within the supply chain play their part in helping everyone live more sustainable lives.”

During the exhibition, rising stars in the industry were identified, new champions in their field were awarded and renowned industry experts were recognised for their contribution to this diverse sector. Food & Bev Live was Ireland’s showcase for local excellence and across the two days’ top awards were given to those who excelled in their fields:

The 2020 National Cocktail Championship, organised by the Bartenders Association of Ireland and sponsored by Edward Dillion & Co Ltd, was won by Michael Liss, with his delectable drink entitled ‘Summer Classico 2020’.

Michael, who beat off stiff competition from Ireland’s most talented and creative mixologists, will now go on to represent Ireland at the World Cocktail Championships in St. Petersburgh, Russia later in the year.

Sarah Hannaway, from Bailies Coffee Roasters stirred it up to be named 2020 Avonmore Irish Barista of the Year. As Irish Barista Champion, Sarah will go on to represent Ireland in the World Barista Championships in Melbourne. Renata Khedun, won the second major barista prize at Food & Bev Live, to be crowned Avonmore Irish Latté Art Champion 2020. Scoring an incredible mark, Renata will be representing Ireland at the World Latté Art Championship in Warsaw, Poland in June 2020.

One of the main events - the Chef Ireland Competitions – was oversubscribed with hundreds of student and culinary chefs taking part, and many spectators cheering on their favourites. Taking home one of the biggest awards was Croke Park chef Nadine Blount, who was named Aramark Ireland Chef of the Year 2020. Nadine won out over seven other talented finalists during the live cook off.

Also new for the February show, Food & Bev Live partnered with The European Tea Society, bringing the first-ever national qualifying round of the Tea Masters Cup to Ireland. Arvind Khedun from Cloud Picker Coffee Roasters was named 2020 Irish Tea Masters Cup Champion. He will go on to represent Ireland in South East Asia at the World Tea Master’s Cup later on this year.

Chef Network was a hub of activity at Food & Bev Live with networking and conversations that provided visitors with insights into the latest issues affecting the Irish food and drink market. Major food and drink industry topics were covered including calorie counting and a discussion around food waste.

PLANS FOR 2021: Next year, CATEX returns! Taking place on the 16-18 February 2021 at the RDS, Simmonscourt, CATEX is THE trade event for the food, drink and hospitality industry. Register your interest now – www. catexexhibition.com