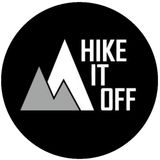 from 'Hike It Off Magazine Issue Eight' 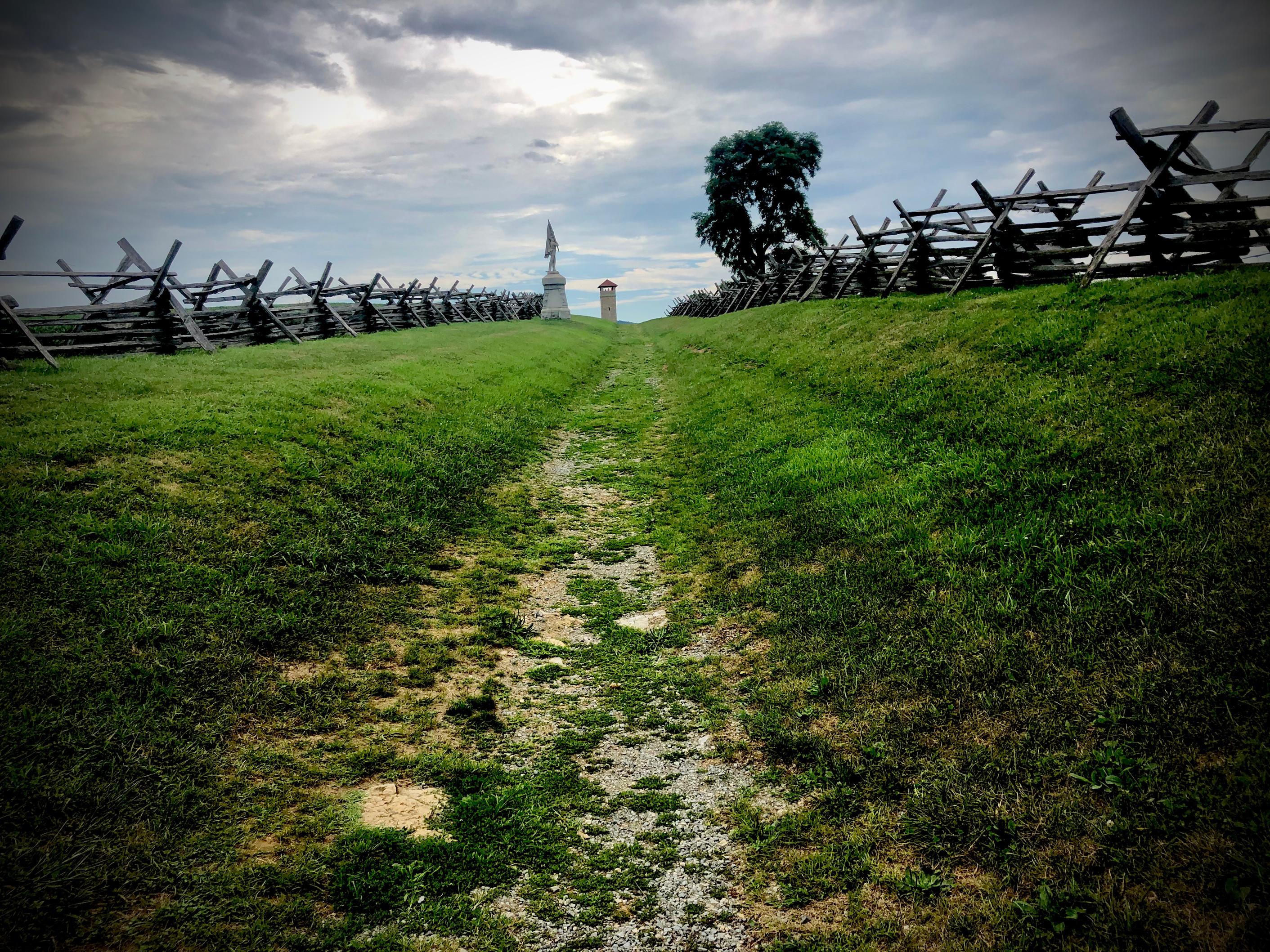 The Spookiest Hikes in the U.S.

The Badlands National Park in South Dakota comprises over 244,000 acres featuring spires, buttes, and pinnacles. It holds the title of being the biggest mixed-grass prairie in what is today known as the United States. The Badlands are home to an incredible history of indigenous peoples from the time nomadic tribes migrated to the region over 10,000 years ago. The first known inhabitants of the Badlands are the PaleoAmericans (née Paleo Indians or Paleoindians), known for their incredible mammoth-hunting skills during the ice age. The next inhabitants were the Arikara, also known as Ree, circa 1500. Today, Arikara descendants are part of the “Three Affiliated Tribes” in North Dakota. Oral stories and archaeological finds reveal that the Arikara camped in valleys where they enjoyed access to year-round hunting and fresh water. Arrowheads, tools for butchering game, and remnants of campfires have recently been found in what is today called the Badlands National Park.

The Cheyenne, Crow, Kiowa, Pawnee, and Lakota Native Americans moved to the region during the eighteenth century. Each of these Nations were renowned bison hunters and

they followed the natural migration of the herds to the Great Plains. The region has long been known for acutely harsh winters and tough terrain, making every Nation largely dependent on the bison for nearly every facet of their needs.

Inter-National conflict was common, as was the case with many other Nations[1] around the continent. By the mid nineteenth centuries, the Lakota Nation had commandeered over 80 million acres in the region that is today known as South Dakota. At this time, there were a number of interrelated Lakota Nations including the Santee, Teton, and Yankton. When the Lakotas displaced their Native competitors for the land, they dubbed the area “mako sica” which translates roughly to “badlands. ” French trappers followed suit, calling the area “les mauvaises terres a traverser. ” For a short time, the Lakotas, French, and some lingering other Nations lived in relative peace in the Badlands, with the Native Americans and French-Canadians trading amongst one another. However, it did not take long for European soldiers, farmers, miners, and homesteaders to overtake the land.

Previously, the Lakota Nation and its seven sub-Nations were called Sioux or the Great Sioux Nation. This is still a name that is widely used amongst some Lakotas and many non-Lakotas. However, the word “Sioux” is considered derogatory by many Lakota people, with many claiming that “Sioux” is a slur given from a rival Nation—the most common theory is that it translates to a negative connotation of “snake. ” Depicting the Lakotas and every Native American tribe as

[1] The term “tribe” is largely being eschewed by Native Americans today due to its inherent colonial-based usage. “Nation” is more appropriate and increasingly being adopted as the sole correct term, as Native Americans are part of sovereign Nations. As such,

dangerous and sneaky is, of course, not uncommon and a powerful tool for genocide and assimilation. As an influx of pioneers moved to the Badlands, more and more fights broke out between Natives and white immigrants. Homesteading brought not only families but also some of the most notorious “Wild West” legends to the area such as Jedediah Smith, Thomas Fitzpatrick, and Jim Bridger.

The Lakota’s various bands may have had somewhat friendly relations with white passersby and explorers, but they never explicitly welcomed outsiders into their land. The Homestead Act of 1862, passed by Congress, encouraged emigrants to flood the Badlands where they could “buy” 160 acres for just $18. This land was, of course, not the U.S. government’s to sell. As tensions grew between the Lakotas and non-Natives, the U.S. Army built a number of outposts around the Black Hills in an effort to decrease skirmishes, but rarely entered the core hunting grounds. However, the Lakotas did start to raid neighboring settlements as they watched their land diminish and be overtaken. Six years after the Homestead Act, the Fort Laramie Treaty was established in 1868. It is just one of the 500+ treaties made and broken by the U.S. government since colonization began—and today remains one of the most controversial treaties that is still being addressed by Congress.

The Treaty created the “Great Sioux Reservation” and called for a permanent ceding of all land spanning from the Missouri River to the Bighorn Mountains in Wyoming. This Treaty affected the lands of the Lakota, Nakota, Dakota, and Arapaho Natives. In return, the U.S. government promised to provide money, clothing, and food. The Fort Laramie Treaty did prohibit nonNatives from going into the Black Hills unless there was explicit authorization. This area was termed “unceded Indian Territory” and only to be used by Natives. The Natives of the so called “Great Sioux Reservations” were initially open to the terms of the Treaty and in return agreed to stop any hostility against railroad engineers and pioneers. And then gold was discovered in the Black Hills.

As soon as the U.S. government found out about the gold, the initial Treaty was discarded and the boundaries were recreated. This caged the Natives of the area, whose ancestors were nomadic hunters, into such a small area they had no choice but to adopt a farming lifestyle. The Natives, of course, never agreed to this bait and switch. However, breaking the Fort Laramie Treaty was just one means the U.S. government had in ensuring the Badlands was kept from the Natives. On May 2, 1922, Senator Peter Norbeck introduced a bill to turn the area into a national park, originally called “Wonderland National Park in the State of South Dakota. ” This proposal also outlined that the Secretary of the Interior could routinely add lands that might be “donated” for such purposes. The bill promptly died for a number of reasons, largely because the automobile industry was not yet booming and there simply did not seem to be

enough draw or access to the area to create a national park. Instead, Norbeck was offered a monument instead, but he persisted in his vision of seeing his national park dream come to fruition.

Support for Norbeck’s national park grew in the 1920s but was repeatedly rejected by the National Park Service. Eventually, after 16 years of debate, a national monument was established in 1939. The Badlands National Park was not designated as such until 1978. However, this was still “Indian land. ” Just three years later in 1980 the U.S. Supreme Court declared that the U.S. had illegally taken the Black Hills— which was now part of the Badlands National Park. $100 million in reparations were offered, but what was known as the Sioux Nation at the time refused, stating that their land was never for sale. Today, that $100 million is worth over $1 billion. The U.S. government has kept pace with the inflation rate, to this day offering over $1 billion in reparations, but the Natives of the Badlands have held steadfast. “We’d like to see that land back, ” Rosebud’s Chief John Spotted Tail recently told the Smithsonian.

The Fort Laramie Treaty, like all treaties, was meant to be an agreement between two sovereign nations. According to the U.S. Constitution, treaties are the “supreme law of the land, ” but most non-Natives consider “Indian treaties” as simply Indian treaties. They do not think of them as their treaties, as everyone’s treaties. The Fort Laramie Treaty, as it was originally drafted and considered by Natives before it was broken, was meant to help ensure the survival of these Nations. Unsurprisingly, this did not unfold as it was written.

It has been approximately five generations since the Fort Laramie Treaty was signed and broken, and in that time an increasing number of reservation land has been handed over to non-Native developers. Today, these Nations live on reservation islands throughout the Dakotas.

“From the time we signed it, we were put into poverty and to this day our people are still in poverty. We’re a third world country out there. ” The Oglala Lakota County in South Dakota’s per-capita income reflects Spotted Tail’s observation. It is the poorest county in the United States today. “The United States does not honor this treaty and continues to break it, ” says Spotted Tail. “But as Lakota people we honor it every day.”

Today, there are a number of national parks, memorials, monuments, and other historic sites situated in the Black Hills. These include Badlands National Park, Mount Rushmore National Memorial, Wind Cave National Park, Jewel Cave National Monument, and the Minuteman Missile National Historic Site. The compounded interest of Congress’ ruling of the theft of the Black Hills and Badlands continues to increase with little likelihood that the Lakotas will acquiesce to such financial reparations anytime soon. The #LandBack movement has spread in Native communities around what we call America today, and the Lakotas are a prime example of steadfastness when it comes to pushing for not just the trending “land acknowledgements” but an actual “land back” agreement. However, this will likely not occur any time soon. Should the Lakotas have their stolen land returned, this would result in a probable dismantling or otherwise drastic change to the Badlands National Park and other national “treasures. ” A reparation does not inherently “repair Nations, ” particularly when it is financially motivated rather than a wrong righted as it should be.

Jessica Mehta is a multi-award-winning Aniyunwiya (citizen of the Cherokee Nation) writer and artist. Born and based in Oregon, she takes advantage of her beautiful backyard of the Pacific Northwest on a daily basis. Learn more at www.thischerokeerose.com.