Real Belief in a Real Savior 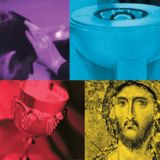 Ten Years of Being Given To in...
By Matthew E. Cochran

“That’s just your belief.” It’s a typical objection when we share Christ, but Christians aren’t always sure how to respond. Christianity is our belief, but why should that be an excuse to dismiss it?

The word "just" is the tricky part of that statement. Beliefs are not just ours; they are about something outside of us. Normally they are about the way things are for everyone. We call a belief “true” when it correctly describes reality and “false” when it incorrectly describes it. Beliefs should, therefore, correspond to the real world. When it comes to religion, however, many people think about belief differently.

There are many Americans (even some Christians) who seem to think that religion and real life take place at completely different times. Religious beliefs, rather than being about the real world, are seen as extending no further than our own minds.When someone says “That’s just your belief,” he’s usually thinking about belief along these lines. But this is not what Christians believe .We believe Christianity is actually true, that it’s about the real world. We believe that God really became man 2,000 years ago in Palestine, really died to pay for our real sins, and really rose to life again.

Speaking of a true Christianity can be difficult because people often have strange concepts of truth. Some go so far as to claim that there is no such thing as truth at all. Others will not go that far, but still make claims that keep Christianity away from real life: “We cannot really know the truth.” “All truth is relative; there are no absolutes.” “It’s impossible to know anything about God.” In order to maintain that Christianity is true, we sometimes need to defend the concept of truth itself.

When people try to play games with truth, we should not be shy about making them play by their own rules. Sometimes statements refute themselves. Is it true that “There is no truth?” Is that how things really are? If so, then the statement must be false because there is at least one truth—the statement itself. If not, then that alone makes the statement false. Either way, it does not correspond to reality. Statements like these are self-referentially incoherent. They do not stand up to their own scrutiny. Simply by being true, they become false.

The other statements self-destruct the same way. To say that “We cannot know truth” is a claim to know a truth. To say that “All truth is relative” or “There are no absolutes” is to make an absolute statement that is not relative. In the end, all and no are both absolute terms. The statement “It’s impossible to know anything about God” is about God. If you know it’s impossible to know about Him, then you must know something about Him. People have reasons for believing incoherent statements like these, and we ought to address those reasons. Nevertheless, this does not stop them from being incoherent.

There are some things that we know simply because God made humans a certain way.We cannot really deny them without affirming them at the same time.This concept of truth is one of these things. At the end of the day, we cannot stop having beliefs about the way things are.The question is whether those beliefs are true or false.

Since Christianity is actually true, then we need to treat it as though it were actually true. Of course, this means going to church, loving our neighbors, praying, and the like. We often forget, however, that it also means rationally defending it as truth. To put Christianity in the realm of truth means subjecting it to scrutiny.

Defending Christianity this way is called apologetics. Did Jesus really rise? Does God exist? Are the Gospels historically reliable? These are hard questions to answer well. Many of us may not know how. Nevertheless, there are answers given to us by God, and we should learn and understand them (1 Peter 3:15), not just settle for knowing the bare minimum. God gave us a real belief in a real Savior. Since Christ is real, we should treat Him that way by defending that God-given belief.

Matthew E. Cochran is the author of As Though It Were Actually True, a new book on apologetics from Resource Publications. He can be reached at cochranme@ctsfw.edu.
This story is from:
2010 Summer - Higher Things Magazine (with Bible Studies)
by Higher Things: Dare to be Lutheran!