FRIENDS OF THE FISH 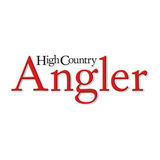 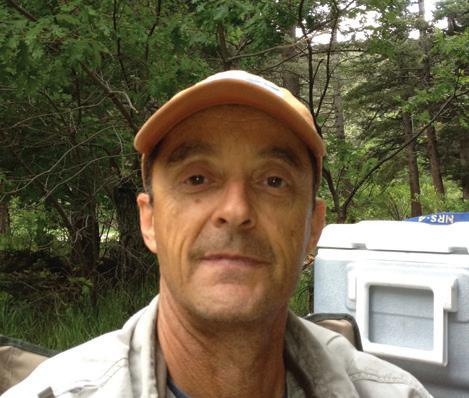 BOOKENDS ON THE BOULDER
by Joel L. Evans

Past – Colorado has mountains, mountains have snow, snow makes rivers. If you were to read a Colorado fishing guidebook of 10 or more years ago, well known rivers would make for chapter after chapter. But unlikely to be found among the chapters would be the Uncompahgre River in west central Colorado.

Change for the better began in 1987 with the completion of Ridgway Reservoir near Ridgway, Colorado. The Uncompahgre headwaters south of Ouray, flows 75 miles north thru the Uncompahgre Valley in the vicinity of Montrose, eventually joining the Gunnison River at Delta.

Colorado Outdoors is a private development company that purchased 164 acres of land just a few years ago, including Uncompahgre River frontage on the north side of Montrose. Colorado Outdoors is building an outdoor industry campus, to be built out over multiple years.

Not coincidentally, the owners of Colorado Outdoors are also the owners of Mayfly Outdoors, which manufactures fly fishing brands Ross Reels, Abel Reels, and Airflo flylines. Ross Reels has been headquartered and manufactured in Montrose for decades under different ownership. Mayfly built the first structure in the new river property development and moved the Ross manufacturing operation to the new facility. Other buildings are in process.

Very important to this story, is that because of the fly fishing passion, Colorado Outdoors donated the recently acquired river portion of the development to the City of Montrose via the Montrose Urban Renewal Authority.

Yes, that is correct, a private land developer didn’t just allow public access to the river, they deeded the river corridor to the City. So previously private land is now public.

Future - Phase 2 and Phase 3, construction to be completed later, will add another 5,300 feet making the total over one and one-half miles. But even without improvements, the yet to be treated Phase 1 and Phase 2 sections have some natural habitat and hold fish, and importantly, are open to public fishing.

I’ll come back to the present and the Uncompahgre and the Colorado Outdoors story, but some background first to give a perspective of why this latest work is significant.

As I mentioned, the Uncompahgre River has historically not been a healthy trout fishery, but change began with the building of Ridgway Reservoir and Ridgway State Park. The park boundary included about a mile of river below the dam. Coincident with the completion of the dam, due to the efforts of the Gunnison Gorge Anglers, the local chapter of Trout Unlimited, plans were in place for a major river habitat restoration for the tailwater.

Pac-Co-Chu-Puk, a Ute Indian name for the park section below the dam, is indeed now a well-known fishery on the Uncompahgre River. New river fishing guides do now have an Uncompahgre River chapter. I won’t go into access and fishing detail about Pac-CoChu-Puk here, as that is not the point of this story.

What’s important for this story is that Pac-Co-ChuPuk, due to money and cooperative efforts of many interested but divergent partners, has become an outstanding fishery, demonstrating that the Uncompahgre River, in spite of being fish habitat-challenged and with minimal public access, can be transformed. A model for other habitat improvement projects.

One other such river habitat project occurred a few years ago, in two phases, within the Montrose City limits. Riverbottom Park, a longtime city park, includes the Uncompahgre River, which flows not just near Montrose, but actually within Montrose. Again, the Gunnison Gorge Anglers spearheaded the restoration idea, and with grant money from the Colorado Parks and Wildlife and funding from the City of Montrose, about a mile of public river is now a quality fishery.

See a trend here? The story I want to tell is that the Uncompahgre River has great potential, and while one isolated habitat improvement by itself is wonderful, it is the cumulative addition of each project that gives critical environmental mass. The story I want to

tell is that the recent Colorado Outdoors project not only adds to the linear footage of improved river, it is a fishery tipping point that connects with previous work; it began not with public property, but private property, all within the city limits of a town.

Today, within the Colorado Outdoors property, 41 acres of river corridor has been donated to the public, a concrete walking path extends along the river, the river has significant trout habitat with more river work to come, and presumably of great interest to you and me, a large biomass of trout is present for us to fool with a fly.

This town section of the Uncompahgre is somewhat different in its annual flow regime. Due to irrigation inflows and outflows at multiple points upstream of Montrose, the river thru town is non-typical in that flows in summer don’t abate after spring run-off. Irrigation flows remain high until late summer or early fall.

While fishable year-round, when irrigation flows discontinue, fishing heats up. To protect and improve the fishing, the Colorado Outdoors section is fly and lure only, and catch and release. The Colorado Parks and Wildlife has stocked rainbows, and due to the water quality and habitat improvement, along with the restrictive fishing regulation, there is a wild population of fish—primarily browns with a few rainbows— some measured in pounds instead of inches.

Visionary thinking projects a future with additional habitat work and public access. Sometimes a river is a naturally excellent fishery, and sometimes, like the Uncompahgre, it just needs a friend.

Joel Evans is a fly fishing writer, photographer, and long-time member of Trout Unlimited from Montrose, CO. You can contact him via the HCA editor at frank@hcamagazine.com.

STONEFLY NETS is proud to reclaim the tradition of handcrafted custom wood landing nets. Based in Little Rock, Arkansas, Ethan Inglehart brings his skills as a custom wood worker of many years to his love of fly fishing. From an idea sparked by a 3 weight bamboo rod owned by his great – grandmother, Ethan builds wood nets that combine function with heirloom quality.

Select from one of our design Series or contact us to discuss a custom net meeting your exact specifications. We are also proud to offer a unique rod and net collaboration with the legendary Tom Morgan Rodsmiths of Bozeman, Montana. The Catch and Release Package details are explained on our website.

A STONEFLY NET is a handcrafted tool you will be proud to own.

Please visit us at STONEFLYNETS.COM