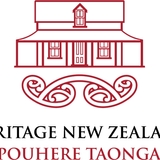 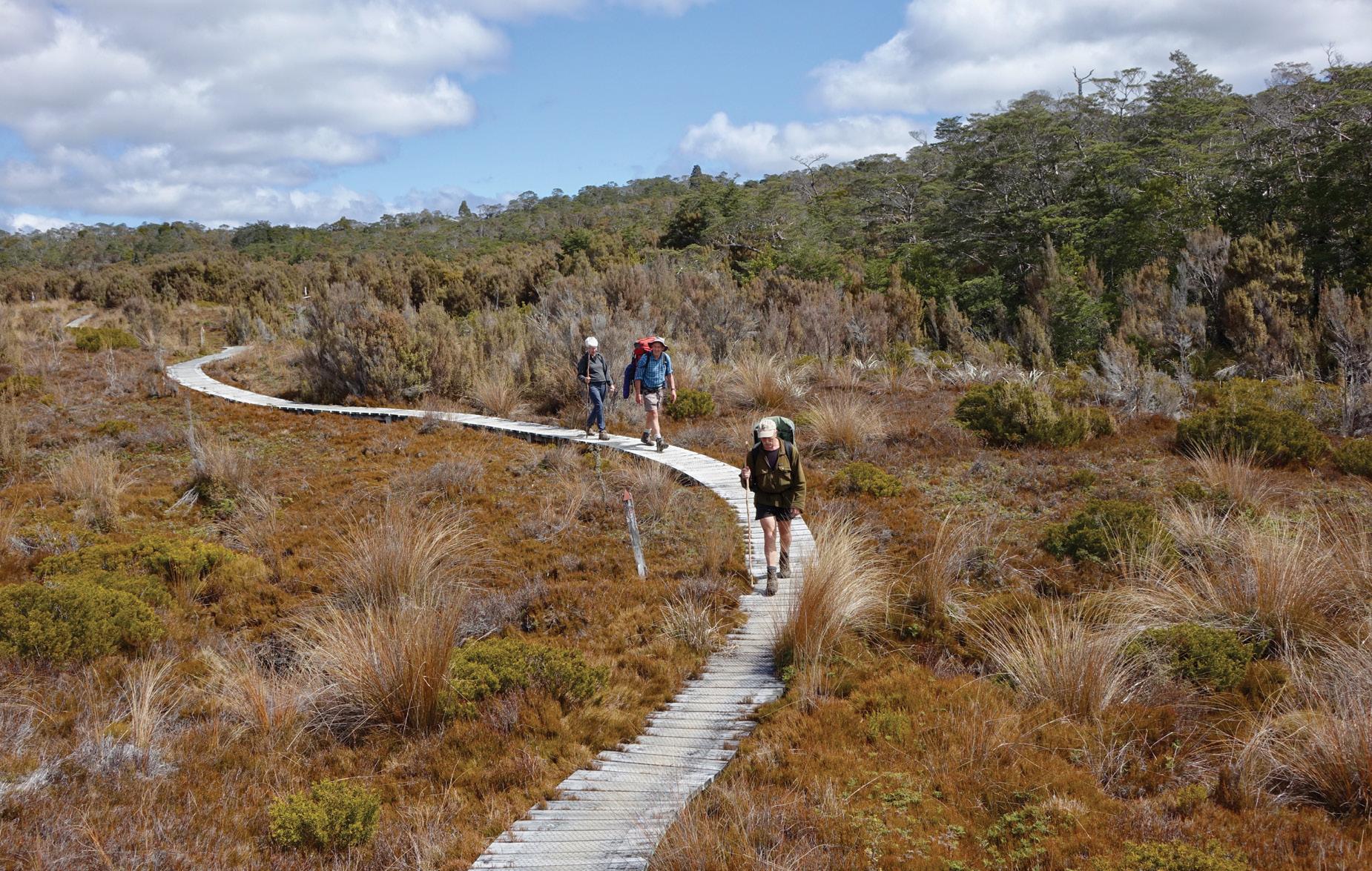 For 181 years the site of what is now the Thistle Inn (‘the Thistle’), in downtown Wellington, has hummed with conversation and companionship, and would have done so well before, given its proximity to Pipitea Pā.

Today its warm wooden interior continues to welcome a regular clientele, sipping pints and enjoying the atmosphere of a place that holds many memories within its walls – as well as one, quite literally, on the wall.

The story went undiscovered until it was found among the papers of her former Oxford schoolmate, Vere Bartrick-Baker, and published in the appendix of Claire Tomalin’s biography of Mansfield, A Secret Life, in 1988.

A framed version of the story now hangs on the Thistle’s dining-room wall, and its existence continues to affect the way the history of the inn is told today.

Reading the story while in the pub is to experience a kind of time travel, as the imagined atmosphere of an old hotel in the early 1900s comes vividly to life inside the Thistle of 2021.

The Rainbow List Project now puts that unique part of the Thistle’s history on the official record.

The Thistle Inn that stands in downtown Wellington today is not the original, which was opened in October 1840 and burned down in 1866. The new structure, erected the same year over the 1840 basement, which is still used today and can be seen through a section of glass flooring in front of the fireplace, is a now rare example of a mid-19th-century timber commercial building and has outstanding historical significance as one of the oldest hotels still operating in New Zealand.

“It’s the oldest continuously licensed hotel still operating today,” argues the pub’s current owner, Lyn Middleditch. Although other premises around the country also make that claim, Lyn points out that it’s the continuous licence that matters.

“They put a tent up when it burned down in 1866, and kept serving people,” she explains.

Lyn and her partner George bought the building in 2002 on something of a whim, although growing up in Wellington she would often walk by it on her way to the Thorndon Baths (now Thorndon Pool). She recalls the smell of the brewery, which she says was quite beautiful.

“One night in 2002, we were walking past with a friend who was a land agent, and I said, ‘If that ever comes up for sale, I’ll buy it’. That was on the Saturday, and we bought it on the Monday. I hadn’t been inside.”

And when she did?

“It was completely wrecked. The place was a mess. There were no gutters, no downpipes or anything. The walls were dripping inside.”

Extensive renovations that aimed to return the place to its former glory took two years to complete. The interior today is beautifully upkept, the wood shining, the paintwork regulary freshened.

1 Kerryn Pollock is leading the Rainbow List Project, in which Wellington’s

Thistle Inn is one of the first listings to be updated. 2 A copy of the story

Mansfield is framed on the wall of the dining room. 3 The dining room features a collection of photos of other historical Wellington pubs, most of which no longer exist, plus historical

Wellington scenes. 4 Kerryn outside the

Katherine Mansfield Room, which business owner and manager Richard Walshe is establishing upstairs at the

Thistle, featuring photos of and information about the writer’s life and work.

1 The former home of Carmen Rupe’s

The Terrace in Wellington.

the building in 1896–7 remains, but all subsequent modifications were stripped in the renovation, and the TAB and pokies removed.

While not directly involved in the listing update, Lyn is supportive of the Thistle’s inclusion on the Rainbow List in relation to the Katherine Mansfield story, even though the Thistle’s established history isn’t one of queer encounters.

However, she adds, “There were the rooms upstairs, tiny narrow rooms, sixpence a night. No one knows what went on there really, I suppose.”

It is one of those rooms, exactly, that is described in Leves Amores: “So I looked round at the dreary room. The one filthy window faced the street. She could see the choked dust-grimed window of a wash-house opposite. For furniture the room contained a low bed, draped with revolting, yellow, vine-patterned curtains, a chair, a wardrobe with a piece of cracked mirror attached, a washstand. But the wallpaper hurt me physically. It hung in tattered strips from the wall.”

Including queer histories as part of the official record is the primary motivation behind the Rainbow List Project.

“Many people and places have queer histories that have not been recognised because of legal and social prejudice,” says Kerryn Pollock, Senior Heritage Assessment Advisor at Heritage New Zealand Pouhere Taonga, who is leading the project.

“There really is no excuse for us not to be telling these stories in the 21st century. They present us with an exciting opportunity to normalise queer history and ensure the New Zealand Heritage List/Rārangi Kōrero is more diverse in its representation.”

The project came about when Kerryn’s colleague Meighen Katz went on a queer heritage tour run by Gareth Watkin during Wellington’s Architecture Week in 2019.

“There were lots of buildings and sites, of which some were listed and some weren’t – 288 Cuba Street, once the home of Carmen’s Curios, was one.”

Meighen realised there was no record of the transgender icon Carmen Rupe in the listing report (List No. 5349), which was then updated to include the Carmen story as a pilot for a proposed Rainbow List Project. The Rainbow List currently has six completed updates with more to come.

As well as these updates, Kerryn wants to add entirely new sites to the New Zealand Heritage List/ Rārangi Kōrero, where queer history forms a major part of the heritage value.

“These updates, where we add a part of a story to a listing report, are great. But I’d love to get nominations for places where the queer history is really significant and forms a major part of the heritage value,” she says, citing the Stonewall Inn in New York as an example of a heritage place listed because of its importance in the queer civil rights movement.

“Are there places associated with the homosexual law reform movement in Aotearoa New Zealand that can be listed? I want to know!”

Heritage listings updated or included on the New Zealand Heritage List/Rārangi Kōrero are always supported by scholarship and strong evidence, and the criteria of the Heritage New Zealand Pouhere Taonga Act 2014 must be met.

All information updates and new List entries must be supported by a good amount of reliable evidence, says Kerryn.

“We do an assessment to see if there’s enough evidence to go and do the proper research, and then we do that research. It’s the exact same process we have for any other listing.”

Kerryn emphasises that Heritage New Zealand Pouhere Taonga is not in the business of outing anyone.

“The overarching principle is that we are not ‘firstouters’ and that we base our list updates and additions on reputable scholarship and evidence.”

In Mansfield’s case, of course, no outing was required. She is now a well-established figure in queer history, both in New Zealand and internationally, although she wasn’t when she wrote the story, at just 19 years of age, when the Thistle itself was just 67.

While the hotel still stands, Mansfield died tragically young, at 34, leaving a great legacy of literature. That includes the enduring, imaginative words that have preserved a memory of the Thistle Inn as it was in 1907 and have also inadvertently created a unique site of queer heritage.

In turn, the more prosaic words on the entry for List No. 1439 are helping to preserve that.

This story is from:
Heritage New Zealand Raumati Summer 2021
by heritagenz