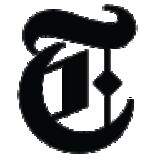 from Heartland Magazine Issue 36
by The Northern Rivers Times

WELCOME TO THE GREAT EASTERN F...

Tom on his very first day arriving in Australia (1950)

Bringing a little piece of home with him, Thomas Hartsuyker has created a fascinating world built on hard work and passion. From the canals and narrow houses of Amsterdam, to the Big Banana and

Tom (left) and younger brother (right) abundant wildlife of Coffs Harbour, Tom never wanted to leave Australia because of the freedom and life style we are fortunate enough to have. The Clog Barn Holiday Park in Coffs Harbour is now home to Tom, but having come so far from across the world, he has truly become part of the Coffs Harbour Community while allowing Australia to welcome and encourage his journey and the life he has built here.

Thomas Hartsuyker was born on the 7 th of September in 1932 to Thomas and Antje Hartsuyker. Being the oldest of his two younger siblings Rinske and Bob, Tom grew

Tom and his family up in Amsterdam, Netherlands. Although Amsterdam was never bombed in the war, Thomas attended school which was held in cellars to protect the children from possible bombings overhead. Times were precarious and Thomas was often hungry but was also happy and hopeful for the future. Although the Netherlands was neutral in WW2, Nazi Germany invaded on 10th of May 1940.

On 15th May 1940, one day after the bombing of Rotterdam, the Dutch forces surrendered. In many areas of the Netherlands, Germany occupied and continued until they surrendered in 1945. Growing up in these uncertain times was alarming but instilled a gratitude for life and set in place a work ethic to have a solid future which centred around family and community.

Leaving school at the age of 14, Tom attended trade school and studied carpentry. Starting out as an apprentice carpenter, Tom was not on a set salary or wage, but rather what his boss thought what his work was worth. Working on small building sites, Tom worked on house renovations and honed his skills as an experienced carpenter.

Tom in his wedding suit!

Tom worked for a foreman who brought him to Australia, who was to look after him as a son. The foreman ended up in Perth and Tom found himself in Sydney in 1951. Through a chance

Tom and Rita building their first home meeting, a Dutch man, he had met on the ship helped Tom get his start in Sydney. Living in a small shed for many years, Tom worked and eventually started his own business in Muswellbrook.

His business was very successful and operated for 30 years. It was clear that Tom had fit into Australian life perfectly with work and an active social life. He did all the regular things a young

Tom with another one of his new cars (he is quite the man would at that car man!) time which included going to Saturday night dances where he met Rita. Tom married his wife, Rita in 1958 and had 2 children. Luke was the first of the boys with John being born 2 years later. At the age of 50 years old Tom moved to Coffs Harbour.

Tom and his second car he bought

In 1984, Thomas and his wife Rita, with their sons Luke and John began Coffs Harbour Clog Barn. Buying the caravan park originally, Tom and his sons built the main building and later extended it in 1986 to include Big Oma’s Coffee House.

Building the business and taking inspiration from overseas, Thomas and his family began making a miniature Dutch Village allowing tourists and travellers to enjoy a taste of Holland through the culture of which Tom has originated from. The village hosts replicas of actual buildings in Holland as well as working windmills and a garden railway. Acquiring the machinery from Canberra, John holds free clog making demonstrations daily and Tom creates new models for the miniature Dutch Village.

The work ethic and passion for life has been passed down to Tom’s two sons with Luke becoming a successful politician in the National Party. He has been a member of the House of Representatives from 2001 to 2019 for the division of Cowper. John keeps the family business running and dedicates his time to growing and expanding The Clog Barn.

The business takes a team to run, with accommodation and a souvenir shop onsite. The business employs 23 Employees, with 10 being family members. Tom and his family have met all types of interesting people through their time at the Clog Barn with travellers, tourists and locals passing through the doors.

Coming from the Netherlands to Australia 68 years ago, Thomas Hartsuyker has spent that time creating a life and business for not only for himself but for the wider community. Following his passion and working hard for his business, the Clog Barn has flourished and become a Coffs Harbour icon.

The family business has been a incredible journey and has set up a secure future for the family and the employees that are a part of The Clog Barn family. Now 87 years old Tom still works and enjoys being surrounded by family and visitors.

Rita, Tom and Sally at a small bridge where the Clog Barn is now built (bridge built by Tom’s father)

Thomas the craftsman and his works of art

This story is from:
Heartland Magazine Issue 36
by The Northern Rivers Times