Cover crops and nitrogen cycling: What is my final goal? 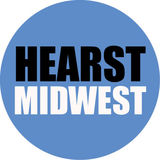 There are cover crops capable of scavenging nitrogen and others that can fix it. Depending on your objective, one group might work better than the other. Cover crops and nitrogen cycling: What is my final goal?

Nitrogen-fixing cover crops, such as vetch and clovers, form a mutualism with rhizobia bacteria, which capture nitrogen from the air and transform it into available soil nitrogen. This group of cover crops can add nitrogen to the system that would otherwise not be there. If you are trying to reduce the amount of nitrogen fertilizer applied every year without jeopardizing your yields, planting nitrogen-fixing cover crops, or legumes, can help you to achieve this goal. Some legumes, such as white clover, if very well managed, can fix between 80-200 pounds of nitrogen per acre, but only about 50% of this amount becomes available to the next crop.

Alternatively, the scavenger cover crops, such as cereal rye and radish, can trap nitrogen that is free in the soil and release it later for the next crop. Nitrogen moves in the soil and can be easily lost through leaching and runoff. As a result, nitrogen that otherwise could be used by next year’s cash crop (lowering your nitrogen input costs) could now potentially contaminate water with nitrate and cause algae bloom. Scavenger cover crops can help to keep nitrogen in the field by gathering and releasing it to the next cover cash crop. Scavenger cover crops planted in fields where manure is applied could scavenge up to 80 pounds of nitrogen per acre.

This story is from:
Family & Farm Magazine 2020
by Hearst Midwest