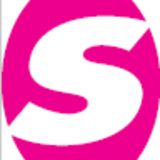 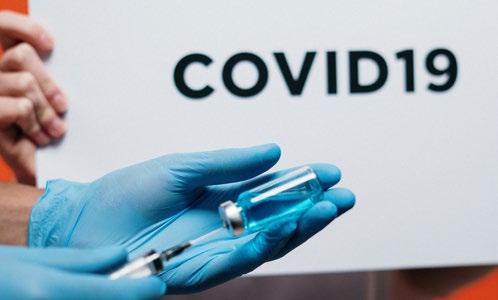 Just to be clear, this wasn’t a farm where the cows performed magic tricks. No, stop thinking about the cows. This was just your average fruit farm in Kent. Except of course it wasn’t.

The farmer in question was Tim Day, and it was his farm, Hazelpits, nestled on the edge of the quiet village of Headcorn in the Kent countryside, that became the stuff of legend from the late 1970s to the mid 1980s. Literally hundreds of people would flock there from June to September, mainly from London and the south coast, but “at their peak, there were even people flying in from Canada and South Africa” (Rob Flood).

The MAGIC in this instance refers to the Medway Area Gay Independent Community, an organisation that grew out of Medway CHE (Campaign for Homosexual Equality) around 1977.

But back to Tim. His lover at this time, because I’m sure you’re wondering, was 25-year-old Bombardier John Bruce of the 94th Locating Regiment, Royal Artillery. Tim began to hold a disco or two at the farm and soon MAGIC was helping him run them.

Before we go there, we need to remember that this was still early days for the UK’s lesbian and gay community (using the terminology of the period). There was obviously no internet or apps to help you meet people, so every community newspaper, every switchboard phoneline or gay night in a straight pub, was a lifeline to isolated individuals.

“I’m wandering around at this disco, round these bloody darkened outhouses, hearing all manner of groans and moans and slaps and screams and stuff like that, and thinking what the hell is going on”

A 19-year-old “dreadfully single” Aleck Dalrymple had been in the RAF for three years, but found himself “unceremoniously removed having admitted to my homosexuality”. He and a couple of friends made their way to Hazelpits around 1978 when they were living in Margate.

“One girl was a policewoman and the other girl was a bus driver for East Kent Buses. They were together, they were already in a relationship. And they had a vehicle so they drove us. You couldn’t get a bus or a train ‘cause it was seemingly in the middle of nowhere.

“I had these jeans that were so tight it was just ridiculous, and I went commando. On our way to the event we went to this pub and I went to the loo and my zip burst. So then we had to try to get me relatively decent with a few safety pins and God knows what else.

“I’ve got this skin-tight shirt, you know with some huge great collar on it. A very tight denim waistcoat, light blue. And I had an afro and of course the moustache. I had the Tom Selleck moustache.

“What I remember is arriving there, not having seen this many gay people in one place. It seemed hundreds but it probably was only about 50.

“The disco itself was in a barn building. There’s all this farm equipment around and the DJ is set up in the corner. The music was great... and current, and you know from America. Never Can Say Goodbye I think was a big one of hers [Gloria Gaynor], you used to get up there and just throw yourself around like there’s no tomorrow. Spinning with gay abandon for want of a better phrase.

“So I’m wandering around at this disco, round these bloody darkened outhouses, hearing all manner of groans and moans and slaps and screams and stuff like that, and thinking what the hell is going on. I thought people were being murdered! All in the name of gratification.”

A couple of years later, 28-year-old Trevor Winter became rather a regular at the farm. “Well, that was before I came to Brighton. I had a boyfriend, Dennis, and we moved to Sevenoaks and had friends in Kent.

“Hazelpits Farm was brilliant. It was very mixed. It was like a big event, Saturday night, everyone excited about it, dressed up. It was quite unusual ‘cause it was a few hundred people there sometimes.

“I had a few little rough and tumbles in the hayloft, which were quite fun. I do remember quite a few lesbian fights there. You know, jealous rivalry of girlfriends sort of things.

“It was so nice the way it was set out. People walked around in the summer, people would be outside drinking and smoking and that. Really, really nice sociable thing to do, because there wasn’t a lot else to do at those times.”

Unfortunately, things were not so rosy for Tim’s army lover, John Bruce, at this point. He found himself being questioned about being gay and he bravely refused to deny it. So, he was imprisoned where he was stationed in Germany, before being court-martialled and dismissed from the forces.

John’s later partner in Brighton, Alan Spink, remembers seeing his warrant book: “They got this red biro with a ruler and drew these lines diagonally, all across his record, and between the lines they wrote Dismissed With Disgrace.”

Back in Kent, MAGIC kept the discos going. An early attendee, Peter, recalls: “It was a Jacobean farmhouse. It had an RHS garden that was open to the public. It was quite an idyllic setting really. I mean quite amazing to think down on the Weald of Kent you had hundreds of queens dancing and roaming about.

“Some people went in drag, there was a bit of trans going on, I think there were some BME members of the community. In an old oast house they set up a bar, provided by Vic and Brenda, the licensees of the City Arms in Rochester.

“It was quite an idyllic setting really. I mean quite amazing to think down on the Weald of Kent you had hundreds of queens dancing and roaming about”

“On one very balmy summer evening, I’d met up with this guy, Colin from Gravesend, and we’d found ourselves towards the end of the evening at the top of the hay loft. It was like a Dutch barn. It must have had a corrugated roof because… suddenly there was this almighty electric storm. All these people that thought they were in the dark and quite safe were lit up by these mega lightning flashes, and then the rain on the roof was absolutely deafening. Derek Arrowsmith, the DJ, used to play Elgar’s Pomp and Circumstance to wind it up. So there was Land of Hope and Glory playing on these enormous speakers, the lightning and the rain were flashing, and all these people were getting it off in the hay barn. I remember thinking you couldn’t make this up.”

Dawn Draper was a young prison officer in Rochester by day and a DJ at Hazelpits by night. “Going to a farm for a disco was the highlight of your summer! I can still picture driving in and seeing the little lake lit up. At Hazelpits you felt safe because nobody knew you were there.

“Sometimes there was a theme because people liked dressing up and I remember one called ‘The night the Titanic went down’, so people were dressed as surgeons and chefs etc. It rained so heavy the rain came into the barn itself, and it actually looked like the Titanic was sinking.”

Given the ever-increasing number of people heading to Hazelpits Farm in the summer months, the residents of the village of Headcorn started to suspect there were events taking place there. At some point around 1984 the nature of those events became clearer as MAGIC organiser Bill recalls.

The leather contingent at Hazelpits may have been down to John Bruce’s interest in such things. Around 1984 he moved on from Tim and the farm, began a relationship with Alan Spink and joined Brighton’s gay Motor Sports Club (MSC), the Sussex Lancers.

Unsurprisingly the Lancers soon joined in the fun at the farm. According to their summer newsletters of 1985: “Bar opens from about 8pm til 1am and entry costs about £2. Plenty of facilities for parking and taking the evening air.” And the report back? “A resounding success and the chill breeze did not seem to deter us from tasting the various attractions on offer!”

Lancers and partners Nigel Wilkins and Hugh Owens attended a number of times over the years. Nigel remembers: “MSC London got to hear of this and they used to go on a camping weekend and stay in the orchard.

“We would hire a minibus and drive through Sussex picking up the Lancers... have a wonderful evening and then of course drive back. Now you’d have to have all sorts of health and safety registrations to be able to drive a minibus full of screaming drunk poofs, but there we are.”

“The world descended on it, and there were 500 or 600 people there. All shapes, sizes, sexes and everything else”

Hugh recalls: “The world descended on it, and there were 500 or 600 people there. All shapes, sizes, sexes and everything else. So I used to go over there, Nigel would sometimes accompany me, depending on his duties at the hospital. One fateful Saturday he did accompany me…”

As Nigel remembers it: “It was a nice moonlit night. I left the disco and went walking around the farm, and there were lots of guys cruising around in the fields and I met this guy...

“Eventually we noticed that the music from the disco had stopped, and that the lights had gone out on the farm. So we went back and Hugh was stood in the carpark leaning against his car, with his arms folded, fuming. And he just said, Oh! There you are!”

“I had to make a decision, so I left Hugh. There’s a special tree at Headcorn under which I met my man (Geoff), and that’s where Mr Lovelychops came from.”

By this point Andrew Crowther-Walker was dating Tim Day and had moved on to the farm. He remembers the discos as being very much ahead of their time, as well as the time that Tim allowed some gay naturist bikers to stay in the field next door to Hazelpits: “His mother always used to come over on a Sunday morning to collect the milk and there they were, playing nude leapfrog in the field.”

Sadly the Hazelpits farm discos became a victim of their own success as MAGIC organiser Bill recalls: “It started just as a small affair and then got so big we had to end it. Because, you know, it was getting scandalous.”

Talking of scandal, there is a tale about a slight young man known as Jan on the bonnet of a Morris Minor, but sadly there isn’t room to go into the details here…

Many thanks to Rob Flood for his interview with Bill and other related information.

This story is from:
Scene Magazine - February 2021 | WWW.GSCENE.COM
by Scene LGBTQ+ Magazine