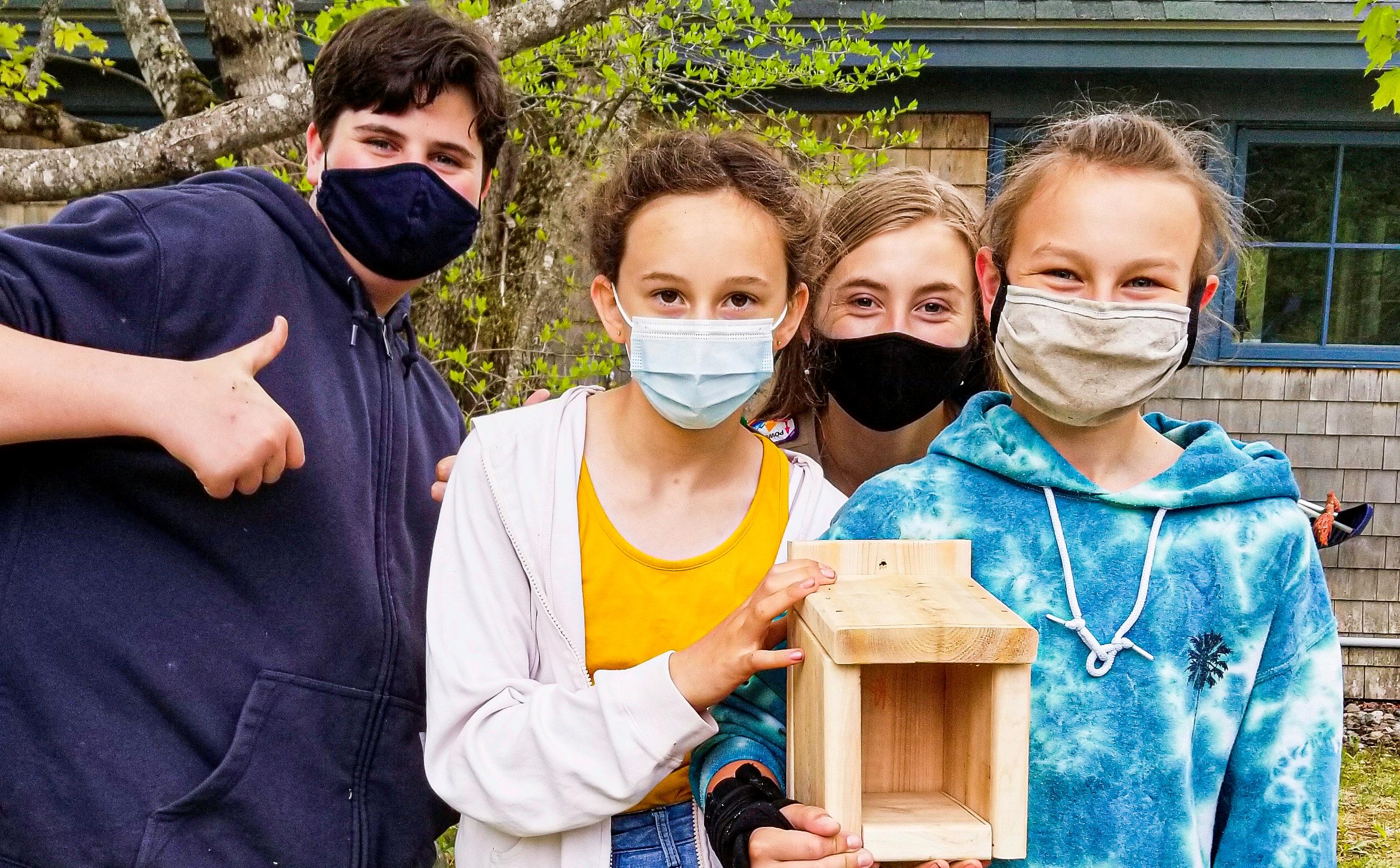 Above, John Brooks speaks to a young visitor about sweeps.

Master Boatbuilder John Brooks, who teaches his craft at GSA, knows the boatbuilding business, as anyone who spoke with him at the Blue Hill Maritime Heritage Festival in August can attest.

He also knows something about George Stevens, the man whose vision of “education forever” began a tradition of giving to the academy named after him.

While chatting with visitors to the GSA exhibit at the festival, John spoke of George Stevens’ extensive shipbuilding ventures.

“I’m sure George Stevens had a sizable share of the many ships he built, but he likely wasn’t the only owner,” John said. “My understanding is his dam and saw mill were just above the high-tide line, and his shipyard was next to it. I know the restaurant building [beside the bridge on Main Street] was a blacksmith shop, which would have been vital for shipbuilding, but I don’t know if George Stevens owned it.”

And John represented the academy well, speaking with a steady stream of visitors of all ages about the Boatbuilding course* he teaches. Last year, he said, rather than work on a big project together, students worked on smaller projects, like building half-models of ships, so they could learn important skills even when they had to study remotely.

John also gave an oar-making demonstration at the festival, showing off the different sweeps** (long oars) he and his students have been making for use with the academy’s Eagle 1 skiff, which was on display at the Town Wharf.

John also showed off a Sundog Skiff designed by Brooks Boats Designs, his family’s business. The lapstrake skiff was built by GSA Boatbuilding students and is being customized for use by students in Megan Flenniken’s Ocean Studies and Marine Environment classes. The skiff has a flat bottom, which makes it easier for students to collect samples close to shore, and to pull up on a beach if necessary.

Thank you, John, for all you do for our school and community!

** A sweep is a long oar used by one rower in coordination with another rower with another single sweep. A scull is one of a pair of oars used by a single rower. Sweeps of different lengths are needed depending on how wide the boat is where the rowers sit. Some of the sweeps are hollow, thus easier to maneuver.

This story is from:
GSA Matters Back-to-School Fall 2021
by GeorgeStevensAcademy