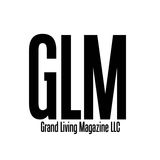 Research published in the Journal of Veterinary Behavior indicates dogs who favor their left paw are more likely to show aggression towards strangers than their right-pawed counterparts. Dr. Luke Schneider, from the University of Adelaide, England said: “We found that dogs with a preference for left paws were reported by their owners to show high levels of aggression towards strangers. The left-pawed dogs scored almost twice as high as dogs with no preference and higher than dogs who favored right paws. “There is research in the human world indicating that positive and negative emotions can be located in the left and right hemispheres of the brain, said Schneider. It appears to be the same in many animal species, including dogs. Negative emotions are located in the right hemisphere and controlled by the left side of the body.” Approximately 75 animals took part in the assessment, including both pedigreed and crossbreed dogs. The majority of pedigreed pups involved were labradors, border collies, golden retrievers, and Shetland sheepdogs. There were no dogs with traditionally “aggressive” traits used in the experiment. To establish the dogs’ preferences, the canines were given a special toy containing food. They were then observed as they interacted with it. Because the object was cylindrical, the animals were required to use a paw in order to hold the toy while they tried to get to the food inside. The study notes that not all dogs showed favor toward one paw. About 1/3 of the dogs were right-pawed, and an equal number were left-pawed. The remaining group of dogs showed no preference and appeared ambidextrous.

This story is from:
Delmarva Unleashed Late Summer 2015
by Grand Living Magazine