Classifying Independent Contractor Status Under Assembly Bill 5 “I Need To Know Where This Relationship Is Going…” By: Karen L. Gabler, Esq. 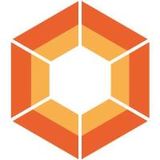 California has some of the most burdensome employment laws in the nation, most of which favor employees over employers. As a result, California businesses are typically eager to avoid the application of the state’s employment laws entirely by classifying workers as independent contractors rather than employees. Unfortunately, the passage of AB 5, effective on January 1, 2020, makes this practice a risky proposition. On September 18, 2019, Governor Newsom signed AB 5, codifying and expanding the pro-employment “ABC test” for independent contractor classifications, first outlined in the Supreme Court’s 2018 decision in Dynamex Operations West, Inc. v. Superior Court. His signature makes the ABC test a fixture of the California Labor Code (adding Section 2750.3), Unemployment Insurance Code (amending Section 3351) and the California Industrial Commission Wage Orders. With the passage of AB 5, all companies using independent contractors now face an increased risk of misclassification claims by workers and government agencies. AB 5 is not all bad news, however, as it creates exceptions to the application of the ABC test for a limited number of professions and specific types of contractual relationships. It is important to note that these limited exceptions, where applicable, do not mean that the worker is an independent contractor. Rather, working relationships exempted from the ABC test must then apply the former “control” test outlined in the Borello case. The ABC test, codified in AB 5, provides that a person providing labor or services for remuneration shall be considered an employee rather than an independent contractor, unless the hiring entity demonstrates that all of the following conditions are satisfied:

EXCEPTIONS TO THE ABC TEST Despite the significant burden of the ABC test, AB 5 does carve out limited exceptions for certain professional oc

cupations and contractual relationships. The legislation renders the ABC test inapplicable to eight named professions and certain limited professional service relationships, bona fide business-to-business contractual relationships, construction subcontracts and motor club carriers. AB 5 also created a general exclusion from the ABC test, noting that if the ABC test does not apply to the working relationship based upon the legislation or any applicable case law, the worker’s classification shall instead be governed by the 12 “control” factors set forth in the California Supreme Court’s decision in S. G. Borello & Sons, Inc. v. Department of Industrial Relations (“Borello”). Many businesses assume that if they do not proactively exercise control over the day-to-day activities of the worker, that worker must be a valid independent contractor. Unfortunately, “lack of control” is not sufficient by itself to support contractor status. In reviewing Borello’s 12-part test, employers should note two of the

UNDER THE ABC TEST, A WORKER IS ONLY AN INDEPENDENT CONTRACTOR IF THEY MEET ALL THREE REQUIREMENTS:

The worker is free from the control and direction of the hirer in relation to the performance of work, both under the contract and in fact.

The worker performs work that is outside the usual course of the hirer’s business.

The worker is customarily engaged in an independently established trade, occupation, or business of the same nature as the work performed for the hirer.

WHAT ARE THE CONSEQUENCES OF MISCLASSIFICATION? The consequences of misclassifying an employee as an independent contractor can be extreme. Examples include potential liability for wage claims, workers’ compensation penalties, Private Attorneys General Act and Unfair Competition claims, and unpaid payroll taxes and penalties imposed by taxing authorities. The business also may face civil penalties of $5,000 to $15,000 for each violation, and civil penalties of $10,000 to $25,000 for a pattern and practice of violations. Businesses in violation also can be required to “prominently display a notice” (signed by an officer of the company) on the company website for one year, admitting to having violated the law.

HOW SHOULD BUSINESSES PROCEED? Although AB 5 goes into effect on January 1, 2020, the Dynamex ruling and the ABC test have been operative since 2018. Employers impacted by AB 5 should take the following steps:

1. Review your independent contractor and vendor relationships with employment counsel and make any necessary corrections. If you currently use independent contractors, they may actually be employees under the ABC or Borello tests. Review these relationships with your employment counsel. Similarly, business-to-business, personal services and other types of contractual relationships should be reviewed to ensure legal compliance. Remember that the worker’s preference is irrelevant; California employees cannot lawfully agree to be misclassified. 2. Make corrections ASAP. Consult

with employment counsel to review whether you need to reclassify contractors as employees to comply with the law and avoid significant liability, and to determine how best to announce those changes. The beginning of a new calendar year is a good time to make any necessary revisions for legal purposes, particularly when a new law has been issued. 3. Properly document and manage valid independent contractor relationships. Even if your independent contractor classification is correct under the law, or when the classification you have decided to use is uncertain, it is important to have an enforceable contractor agreement in place and to implement appropriate day-to-day practices to support that classification. Consult your employment law expert to prepare the proper language and avoid minor errors that may interfere with your classification position. Although the implementation of AB 5 seems daunting for California businesses, thorough analysis of existing independent contractor relationships with a qualified employment law expert can help to protect businesses against costly employee litigation and government audits. Proper classification of workers as employees can be burdensome, but there can be significant benefits as well: in addition to effective risk management, confirming a worker’s employee status provides the employer with substantially greater control over the worker’s activities and work product, and provides greater protection for the company’s proprietary information.

and co-founder of the LightGabler law firm in Camarillo. For over 27 years, Karen has provided day-to-day employment advice and litigation defense for hundreds of businesses of all sizes and in all industries. For further information about the application of AB 5 or other employment law questions, contact Karen at 805.248.7207 or see www.LightGablerLaw.com.

This story is from:
ConejoView Spring 2020
by ConejoView - Greater Conejo Valley Chamber of Commerce