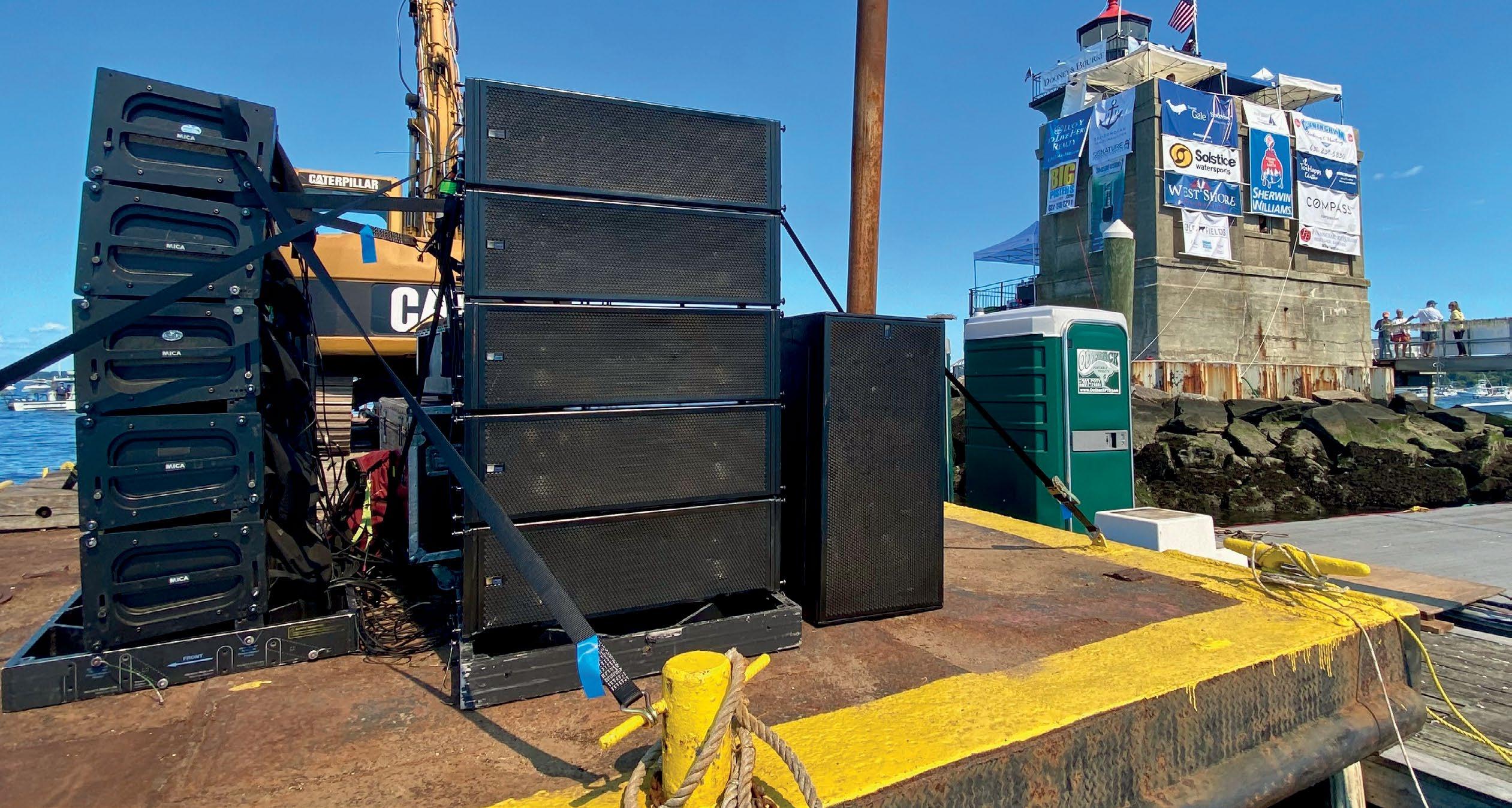 Start With a Jam Session, Be Sure to Hit “Record”

As the “Night” portion of Opium Moon’s new release, Night + Day kicks off the album, it will awaken every sultry, seductive, sexy, sensual, spiritual and steamy molecule of your being, all from the hypnotic, rhythmic confluence of musical synergy between the four group members—Lili Haydn (violin), Itai Disraeli (bass), MB Gordy (percussion) and Hamid Saeidi (santoor, a Persian hammered dulcimer).

Then, as Night turns into “Day,” just like life itself, tempos increase to the daily pulse, with each cinematic section opening on a tune called “Opium Moon.” [Note: In June 1982, Joe Jackson released a very successful album called Night and Day based on a similar concept.]

Opium Moon was born in the summer of 2017 when Saeidi, along with Haydn and Disraeli (a couple for 15 years), began jamming with Gordy on a 10 a.m., “too early morning for me” session, Gordy recalls, at his home facility, RiotDrum Studio.

“There are only four people in this world who can create this particular sound,” Disraeli asserts. “Other people can create other sounds and we in other groups can create other sounds, but this particular thing is the creation of the four of us. I wouldn’t quite call it a jam session because we had some ideas, but on the first record, we came together, pressed Record and played. No overdubs and mostly no editing. The editing was, ‘This song is 13 minutes and the good parts are 11 minutes.’”

They have all had success as individuals. Haydn recently released her sixth solo album, scored the music for two documentaries (Strip Down, Rise Up for Netflix and Ruth: Justice Ginsburg in Her Own Words for Starz), as well as composing the music for the Netflix hit Ginny and Georgia.

Disraeli recently produced and recorded a new album with his jazz group Maetar, to be released next year, and contributed music to Haydn’s scoring projects.

Saeidi created and produced a new TV talent show for the Persian diaspora (Contestee), and completed an album with his Hamid Saeidi Ensemble, scheduled for release this Fall.

Gordy has worked on numerous film and recording sessions in his studio for artists ranging from Adele and Michael Buble to Justin Bieber.

Still, when engineer Lucas Fehring sat at the board that day in July 2017, even though everyone felt the magnetism, they never expected those recordings to be released. The first song they played together, “When I See You Naked I Smell the Earth,” was included on their debut, selftitled album, which won a Grammy for Best New Age Album in 2019.

THE SECOND TIME AROUND Admittedly, that meeting/recording had been an experiment, says Fehring. Gordy’s studio has no isolation booths, and there was a lot of bleed

between instruments. The setup was intended to capture a good performance where the four players could see one another.

When Fehring engineered the second album’s Night section at RiotDrum Studio, he tried to isolate the players as much as possible in the one large room, with baffles in front of the bass and drums, and surrounding the santoor and violin. He used the most directional microphones he had on hand—Neumann KM140s on the santoor, an AKG 414 EB on Gordy’s percussion, and a Neumann U87 on Haydn’s violin—and recorded the bass direct.

“The challenge was to keep the microphones as insulated as possible, while all of their heads still had clear sightlines to one another,” he explains. “That required placing the microphones a little differently and using a robust system of heavy packing blankets,” The Millennia and Grace preamps provided him with plenty of options, he adds.

On the more exuberant Day offerings, the band opted for even more separation, moving to engineer Scott Fraser’s Architecture LA Studio, with three tracking rooms on the lower floor of his hillside house. The sessions were recorded to Pro Tools.

Each instrument had its own room, with the bass in the control room going direct.

Fraser says it was a challenge getting the right direct-to-room balance on the violin because Haydn played standing up. “She tends to move around and really dance with the music, so at times she’s more into the room and at times she’s more into the mic,” he explains. “Fortunately, the midrange presence of the 87 helps to pull things out of the room.”

Recording the dumbek always presents a bit of a challenge, as it is like a kick drum and snare drum on the same instrument. “Getting the right balance of the low tone to the high tone is always a challenge, and everybody’s technique is different,” Fraser says. “The low tone either sustains or is choked off depending on where you are in the room. You have to walk around and find the best place for that instrument.”

Disraeli says that despite the separation in Fraser’s studio, they still ended up with some bleed: “Somehow—and I think it has to do with the natural reverb in the room—on the aural level, it has some kind of warmth or connection to the sound, which we like.” MIXING AND PERFORMANCE Haydn and Jeff Gartenbaum mixed both albums, and they realized on the first day that they had to embrace the bleed. Haydn recalls that the foundation of the bass and frame drum were clashing, being in a similar frequency range. On

a first pass, space was carved out for each, but on playback, Haydn says, they knew they had lost the magic. “It was kind of like the operation was successful, but the patient died,” she says. It seems the effects of the bleed had become part of their sound. In the meantime, Haydn upgraded from her Avid interface to Universal Audio and got an abundance of plug-ins, which she says was a game changer for her. “I use the U-he Zebra2 for my own sound design, and Universal Audio Lexicon 224, and I play with a preset called Atmosphere by Kevin Killen for the Brian Eno glue,” Violinist Lili Haydn, who in Haydn explains. her other life is a composer Because of the more upbeat for film and television. material in the Day section, the group added a little more production, mostly overdubbing percussion. Disraeli says they PHOTO: Courtesy of Sixth Records limit themselves to three takes per track, which he believes adds a little “urgency” to their performance. Haydn sees “Feast of Sevens” on the Day portion as an example of one of the group’s spontaneous transmissions. It was generated from a series of previous jams that Disraeli mined through and chose as something to explore. “You couldn’t arrange it like this on purpose,” the violinist says. “It has this retro cool feel to it.” Opium Moon is the ultimate world music project, as it is not just about the music, but also about the message. Disraeli is from Israel, Saeidi is from Iran, Haydn is Canadian and Gordy Bass player is from the U.S. The message is Itai Disraeli one of unity and love, the group proclaims; music is the transport to peace and unification. In February 2020, Opium Moon presented those ideas at a TED talk in Mumbai. “Our music as a blueprint for peace in the world,” Disraeli asserts. Even though the music is instrumental and there are no lyrics to send the overt message of love and peace, Disraeli hopes that their collective inner beliefs and spirit will be felt subliminally through the music. “Listen to Opium Moon and make some peace in the world,” Disraeli concludes. n