Get lost, to find yourself 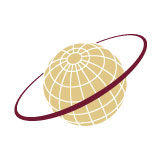 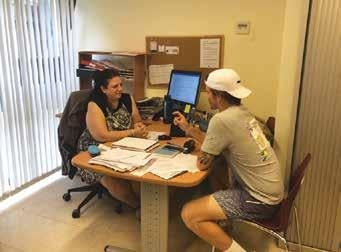 Students studying abroad learn about their identity in a foreign environment

There are few moments in life more frightening than leaving behind everything you have ever known, even if you know you will eventually return. Florida State University students who study abroad start that process by throwing an overstuffed suitcase onto the airport conveyer belt, embracing their dazed dream of exploration, without really knowing what they will find along the way.

FSU student Jennifer Walker studied in Valencia during the summer of 2019. Light brown curls hang over half of her face as she thinks back to her mindset before leaving for Spain.

“I never could commit―it is scary,” she says. “I knew I was going to go alone because none of my friends wanted to study abroad.”

This potentially life-altering decision to study in a foreign country becomes a thrilling-yet-distressing reality for many FSU students. They leave their friends, family, and country to discover more of the world and more of themselves.

A person’s identity is often interwoven with the communities they are part of—from religious groups and political affiliations, to sexuality and their major. Without the comfort and expectations of these communities, their true selves are forced to the surface and have to be confronted in the chaos of the unknown.

“My whole life I have been labeled as the shy quiet person,” Walker says. Sometimes I think I accidentally play into that because I think people don’t expect me to go to first, to raise my hand and answer the question, so I’m not going to do something they don’t expect.

Here, no one has those expectations of me. They don’t know me.

Away from any previously established presence, Walker and students like her are able to push themselves to come into their own.

“Here [in Valencia] I have to actively seek out the social connection,” Walker says. “I have to talk to random new people and talk to people in class and I like it. I don’t know what I was afraid of.”

Dr. Lauren Schoenberger is fully aware of that fear students can experience in these situations. She is the communications director for FSU’s International Programs and studied abroad in London when she was in college. She says she felt free there to learn who she was and begin to accept her identity as a member of the LGBTQ+ community.

Going to school in the United States, “You still might know people who know your parents. You’re still in this mindset of how you’ve always been,” Schoenberger says. “Even going to school far from home you’re still going to have a connection, you’re probably going to feel comfortable to some sense.”

After Schoenberger pushed herself beyond the security of her communities, she felt free enough to begin embracing her sexuality and confidence. Those newfound insights inspired her to write her dissertation on LGBTQ+ identity abroad.

“I don’t think you can fully get yourself out of your comfort zone, [by] staying in the States, even if it is far from your home. You’re still comfortable with the language, the money, the culture, the way of life,” Schoenberger says.

In her role with IP, she established an LGBTQ+ training program and safe space for all of FSU’s overseas programs that has helped many students. Schoenberger’s work has influenced the experience of many students, including Andrew Barone, a senior at FSU who decided to study abroad in hopes of not only improving his Spanish but also improving himself.

“I feel like there’s always room to grow. Especially immersing yourself in a completely different culture, a different language,” Barone says.

Small silver hoops line both of his ears, and piercing blue eyes declare his unapologetic confidence.

“One of my friends, who is also a member of the LGBTQIA+ community was studying abroad in Madrid and he told me how much he has grown and expanded as a person,” he says. “I thought, ‘I want to do this for myself.’”

Before his arrival in Valencia, Barone expressed concerns of not being able to make friends because of who he so fiercely is. After meeting the students who would be his roommates during the summer of 2019, there was a moment when it seemed his fear was coming true.

One roommate said to Barone upon first meeting,

The roommate then made a slight grimace and motioned both hands up and down the length of Barone’s torso, palms down with fingers partially spread out, and said, “This.”

After that initial encounter, Barone made a decision that surprised himself. He decided to spend time teaching his roommates more about gay culture.

At the end of the first summer semester, Barone said he and his roommates grew to better understand each other.

“They called me their bro and their dude. You know, heterosexual things,” Barone says with a room-filling laugh.

Looking back over his time in Valencia, Barone says he is in awe of how much not only he but also everyone around him has grown: “90 days seems like so little time, but there’s so much expansion in those days.”

FSU’s Valencia campus has a way of connecting everyone, of getting them to release the boundaries they once felt. One community at FSU that is seen as remaining in self-appointed silos is Greek life. Scott Erikson and David Atkins are members of Florida State’s Inter-Fraternal Council, and they both admit that one reason they came to Valencia was to get off the so-called island that students can place themselves on.

“I didn’t know anyone when I signed up to study abroad,” Erikson says. “I wanted to meet new people.”

Erikson and Atkins say their study experience was amazing and enlightening, as they got to know new people they likely would never see around campus, denying them any opportunities to meet.

We love our roommates Matt and Trevor, but we have such different lives in Tallahassee we would probably never see each other,

Now, however, a bond has been established.

“We will definitely stay friends when we get back,” Erikson says. “I mean, that’s why we came here really. To meet new people that we couldn’t meet on [the Tallahassee] campus.”

People still may define themselves by their social groups, but when they are removed from those environments, personal identity growth can happen.

“It’s their identity that is there. It is just the first opportunity you have to actually explore it. That’s the bottom line,” Schoenberger says. “Whether that’s your major, your sexual identity, your religious identity―it could be a million things really.”

Studying abroad, away from those familiar communities students find comfort in, can lead to uncomfortable moments for students. That time meeting new people, however, also has the potential to reveal a more true and confident version of themselves.

This story is from:
Nomadic Noles – Issue 6
by FSU International Programs