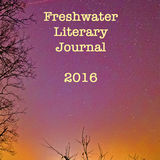 Midway through the morning, a teacher appeared in the doorway of Gee’s fourth-grade classroom. She was white and had red hair that flowed in soft waves down her back. The teacher came into the room, nodded, and said something to Mrs. Pirelli, Gee’s teacher. Mrs. Pirelli pointed at Gee and the redhaired teacher nodded and turned in Gee’s direction, making her way through the crowded tables. Gee understood that she was about to be saved.

When the woman knelt in front of her, Gee couldn’t keep her eyes off her hair. Princess hair, like in the movies. But when she said Gee’s whole name, Germana Francisca Silva, Gee stopped staring at her hair and met her eyes.

They were kind, welcoming. This must be the English teacher, Mrs. Kennedy, the one Gee’s cousin, Nelida, had told her spoke a little Portuguese.

Mrs. Kennedy beckoned for Gee to rise and Gee did, knowing that she was finally going to leave the room she’d been trapped in all morning. She saw the look of relief on Mrs. Pirelli’s face. She felt everyone’s eyes on her as she walked beside Mrs. Kennedy toward the door. She was embarrassed but also grateful to be selected even if she had been selected because she couldn’t speak English.

Gee followed Mrs. Kennedy down the hall to a small classroom where she stopped to point to the door and then at herself and Gee understood that this was her room where the sounds of the new language would begin to make sense. There was a picture of a globe on the door with a poster of smiling children saying welcome in several languages. Gee could read the Spanish and Italian greetings. There were characters for Chinese and Japanese. There was no Portuguese or Kriolu.

Gee assumed they would go inside, but instead Mrs. Kennedy pushed open the door to the stairwell and motioned for Gee to follow. They descended to the basement and began to walk down a long hall. The air was cool and damp on the lower level and smelled strongly of mold. Exposed pipes stretched overhead. Very young children were singing in the classrooms.

She wants me to see the whole school.

Or maybe she just wants to give me a chance to get out of my chair.

All morning Gee had felt as if someone were sitting on her chest and wouldn’t get off no matter how much she pleaded.

“Floor,” Mrs. Kennedy tapped her foot playfully on the tiles and held her lips for a long time in the shape of the final “r.”

“Floor.” Gee tried to make this shape with her lips as well, but couldn’t.

Mrs. Kennedy waved her hand as if to say Gee shouldn’t worry. Then she turned sideways and extended her arms like a bird about to take flight.

“Hallway,” she said, her fingers stretching toward the doors at each end of the hall.

Gee opened her arms as well, trying to feel some of Mrs. Kennedy’s joy. She couldn’t feel the lift. She didn’t know why she thought coming to America would be easy.

Mrs. Kennedy dropped her arms to touch a scarred wooden door behind her.

“Porta,” she said in Portuguese. “Door.”

But then she felt herself suddenly start to shake.

Not because Mrs. Kennedy had spoken in Portuguese. That had been soothing. No, Gee was shaking because suddenly hearing a word she knew had made her realize all the ones she did not. When she had arrived in Connecticut a few weeks ago, hearing the unknown language all around her had felt pleasant, like at home when the sound of the waves crashing onto the Sâo Nicolau beaches was a constant and comforting wall of noise. That noise had also held within it the joy of anticipation, the magical moment when you would run down the sand and dive into the swirling surf. Gee, however, had been unprepared for what it would feel like when she did finally leap into the new language, when the shock of trying to separate one sound from another made her feel as if she were drowning.

Gee closed her eyes and imagined she could smell her mother, her unique scent of perfume, cooking oil, and sweat. Ever since Gee could remember, this smell had comforted her both when she was with her mother and when she wasn’t but today its power to console had vanished.

She covered her eyes with her hands. She was determined not to cry, but when Mrs. Kennedy reached out to pat Gee’s shoulder, this simple human touch, the last one since her cousin Nelida had guided her toward the school that morning, made any possibility of Gee composing herself impossible.

But not crying wasn’t going to make her speak English either. The tears were pouring down over Gee’s cheeks. She tried to take a deep breath and couldn’t.

Mrs. Kennedy pushed open the door they had just named, pulled Gee into a room not much bigger than a closet, and placed her in an empty chair. Then she grabbed a tissue box from the teacher’s desk, placed it in front of Gee, and lowered herself into the other chair.

Gee looked into the older woman’s face. Her eyes were clear and blue.

She’s going to tell me not to cry.

She’s going to tell me everything will be ok.

But instead Mrs. Kennedy took Gee’s hand and said something about her cousin. Of course, Gee didn’t know what she had said, only that amongst all the unknown words, Nelida’s name was repeated several times.

Except that wasn’t possible. Nelida didn’t suffer. She took situations and twisted them to her desires.

“Pergunta a Nelida,” Mrs. Kennedy repeated, smiling as if she knew how different the girls were, but believed that in this one thing they might find connection.

“I’ll ask her,” Gee promised. She raised her eyes to the clock above the door. Four more hours before the longest day of her life was done.