Top of the cops 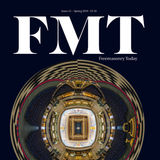 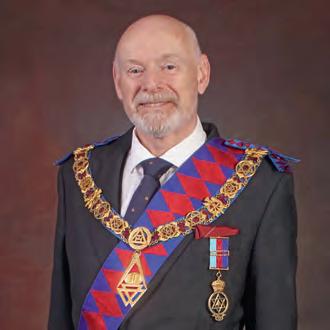 As the first black officer in the Met, Norwell Roberts QPM played a pioneering role in policing

As London’s first black police constable in 1967, Freemason Norwell Roberts QPM defied racists to rise to the rank of detective sergeant. Peter Watts discovers how he blazed a trail for future officers

On Norwell Roberts’ first day as Metropolitan Police PC590 C Division, he walked into Bow Street police station to meet his reporting sergeant. It was 1967, and Norwell had just become the Met’s first black police officer. What should have been a moment of great pride was defined by what happened next.

‘The sergeant told me, “Look you n*****, I’ll see to it that you never pass your probation,”’ recalls Norwell, now long retired from the Met and an active Freemason. ‘I was a 21-year-old, straight out of training school. I’d been working at a university with people from all over the world. So having that said to me on the first day was an eye-opener.’

The reporting sergeant couldn’t stop Norwell from passing his probation, but he did help make his life hell for years. And he wasn’t the only one. Now living in north-west London, Norwell relates a litany of daily indignities inflicted on him by fellow officers. He was spat on, tea was thrown at him and buttons were torn off his uniform. Matchsticks were stuffed in the keyhole of his car. Racial epithets were used frequently. Once, he was patrolling Covent Garden on foot when officers hurled racial abuse at him from a passing patrol car in front of members of the public.

The most shocking moment came in 1971. Michael Ince had become the Met’s second black male police officer in 1970, but tragically died in a car crash in February 1971 while responding to an emergency call. ‘A bloke in Bow Street was waving a newspaper around shouting, “One down, two to go,”’ says Norwell. ‘That was the way it was.’

Norwell joined the police force almost on a whim, applying in response to a newspaper advert in 1965 and then again in 1966 after the initial application was dismissed without explanation. Once accepted, he took it seriously and enjoyed training in Hendon, north London, where there was no inkling of what lay ahead.

Like any black Briton of the era, Norwell had experienced racism. He’d moved to England from Anguilla when he was nine years old to live with his mother in Bromley in south London. Here he encountered older children who dropped him on his head to see the colour of his blood, and a headmistress who wouldn’t let him to go to grammar school after he passed his 11+ as he needed to learn ‘English ways’.

‘That was just a way of saying, “Your boy is black, there’s no way we are going to send him to a grammar school as it will look as if he’s

cleverer than a white boy – that ain’t going to happen,”’ says Norwell.

Improvements came at secondary school, by which time he had moved to north London. He left school at 15 and earned his City & Guilds while working as a laboratory technician at University College London’s Westfield College. That’s when he applied to join the Met. Once in the force, he was determined to stick it out despite the prejudice, and moved steadily up the ranks to detective sergeant.

He relished the public side of policing, finding the public often treated him far better than his colleagues. But night after night, he would return to his lodgings at the police section house, and cry.

Did he ever complain or confront his tormentors? ‘Who do I confront? I was on my own. There were 27,000 police officers and I was the only black one,’ he says. The one time he did approach a superior officer, it was dismissed. ‘I thought, I’ve lost,’ he says. ‘I’d let them get to me. I wasn’t going to do that again. I left the office and went back about my business. I cried about that. Crying was the only way I could relieve it.’ Only one officer from that era has apologised directly for their role in the bullying.

Norwell joined Freemasonry in much the same cavalier spirit as he had the Met, almost as a lark, with little notion of what he was getting into. He soon found himself deeply committed to the Craft, loving the ceremony and the friendly, welcoming atmosphere. That was in 1985 and he is now the Provincial Grand Almoner, as well as the holder of various offices in the Craft, Grand

Rank in the Mark Degree, The Royal Ark Mariners, Grand Rank in the Royal Arch and the Royal and Select Master. Before lockdown, he found himself attending as many as six meetings a week.

‘During COVID (when it was at its height) I made 15-20 phone calls every day. I still make at least 10 a day to support those who are elderly or scared.’

It’s clear that Freemasonry appeals to that discipline (Norwell sleeps for just three hours a night, rising at 3.30am) and love of public service that made him such an effective copper. He acknowledges the parallels. Even ritual has some similarities with his old life.

‘I used to enjoy going to court when I was in the police force, and it’s like that,’ he says. ‘It’s like being a thespian. You can put so much into it.’

For his pioneering role in British policing, Norwell has received the Queen’s Police Medal, which was presented to him by Prince Charles at Buckingham Palace in 1996. When a new police museum opens on the site of his old police station in Bow Street, the story of Norwell Roberts will feature prominently. He is rightfully proud of his accomplishments and still appears in recruitment campaigns by the Met.

And he has no regrets about that off-the-cuff decision to become a policeman more than 50 years ago. Somebody had to go through what he experienced if the barrier was to be broken.

‘I’d do it all again,’ he says. ‘They were never going to beat me. They were never going to win. I needed those tests to see what I was made of. It was a test of character and I believed I passed. I am proud of lots of things I achieved. I was the first black police officer and I was the first black man to do 30 years in the force. I got the Queen’s Police Medal, I have the Police Long Service and Good Conduct Medal. And I did it all at the sharp end.’