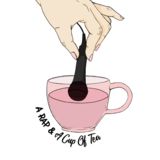 Devouring passions and a real desire to mix them to sublimate their diversity. It’s the nice bet that Mc Leu - this dazzling beat boxer - has launched with Kick Eat - new episode on 11/10 - this new show combining musicality and cuisine.

A project conceived on the international scale: as well as the DNA of beat boxing, Mc Leu hasn't neglected his efforts to give life to this project that he had already begun to implement more than two years ago. Between ambition, sincerity, and passion, the artist - who had to wear different hats with his team to bring this series to life - takes a look behind the scenes of Kick Eat and its evolution. Happy tasting!

Can you tell me about your journey?

I come from the Parisian Rap scene. I discovered the beat box, and its entire community, about 3 years ago. It immediately captivated me to see so many artists from different backgrounds all joining together. Meeting a lot of artists, around the world of the beat box, whether it’s rappers, singers, dancers or whatever, is what made me want to create the Kick Eat project. This is a project that I’d had in mind for a while, and all these connections really allowed me to do it.

How would you summarize the Kick Eat project?

To put it simply, Kick Eat brings together my three passions, which are: Rap, the beat box and cooking. Everything about the “cuisine” I’ve been in love with since I was a kid. Rap happened 10 years ago, and like I said, I’ve been interested in the beat box for 3 years. All these things are what gives my life meaning. Since I’ve always found myself rapping about the theme of cooking, it was the people around me who made me realize that I use a lot of culinary rhymes, and I thought, “Maybe there’s something to do with this.” That was when I started bringing this project to life, and that I realized it was talking to a lot of people. As Cheeko says in Episode 4: “Rap and food mix my two passions, how can I resist?” There’s a bunch of rappers who gave me nice feedback, so I’m glad to see that.

Already, the series is the basic concept. Then, with my team, we thought of all kinds of different projects, like the live one. We want to share live what we experience during filming. Giving the cooking part an essential place during a live performance is something we would like to try. Mixing Hip-Hop and street food is also one of our projects. We have a lot of projects in mind, but unfortunately there are some that we have had to put on hold for the moment, because of COVID-19. But their realization is not far away...

So, there's a nice evolution in your vision...

Yes, absolutely there is. For now, we're broadcasting the season one independently, and for season 2, we'd like to try to sell it, or see it broadcast on a traditional TV channel, or an internet medium. The goal is really to see the project grow and continue to exist. I hope to set up on-stage guests; all more talented than each other, and taste completely crazy culinary mixtures with each episode.

'' Kick Eat brings together my three passions which are: Rap, Beat Box and cooking.''

Would you say that the hardest part of creating this project was thinking about a communication strategy?

I had already established this communication strategy upstream like a square plan, where everything had its place. But when you find yourself in the heat of the action, you see that things change and you have to adapt and remain adaptable. For example, the concept of the challenge with the public is something we created spontaneously when we saw the lack of community involvement.

What do you like to do the most in the show?

It’s true that the Kick Eat project is a big job in the end. (laughs) It's filled with different roles; all as different as each other: production, communication, social networks, artistic creation... Especially when you do everything independently, you have to juggle of them. What I'm passionate about is the artistic side and all the creation process. Even if it's true that there are things I like to do less, I do it because the final goal is for a project that I am passionate about. The most important thing for me was to bring together people who could help me live this project to the fullest.

It is true that it's sometimes difficult to “tame social networks”?

I think the most important thing is to count on the support of our community, and to encourage them to share and spread what we do. I’m lucky to have a fairly close-knit community, whether it’s in the beat box or in Hip-Hop in general.