In Support of the Global Campaign for Media Freedom 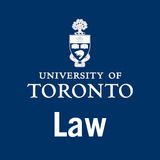 by University of Toronto Faculty of Law

In Support of the Global Campaign for Media Freedom

This year, the University of Toronto joined forces with universities and experts across the world as part of the Global Campaign for Media Freedom. The project reviews laws and practices in the area of media freedom both in Canada and internationally. As a research assistant for the Asper Centre, I have been looking into Canada’s record on hate speech, blasphemy, sedition, and defamation. Students working with the International Human Rights Program (IHRP) are also researching espionage, disinformation, anti-terrorism laws, and more. Together, the Asper Centre and IHRP are contributing to a series of reports that highlight model laws to guide the formulation of international human rights standards for media freedom. The reports will also outline the existing laws and practices that are used to target journalists and stifle press freedom.

The Global Campaign for Media Freedom comes at a pivotal moment in time. Internationally, there has been an increasing number of threats to media freedom and freedom of the press. These trends are exacerbated by coercive and punitive laws and practices. In addition to the harm caused to the members of the press, the erosion of media freedom has a broader impact on our society at large. Democracy depends on the free and independent dissemination of information. The Charter recognizes this through the wording of section 2(b), which explicitly extends “freedom of thought, belief, opinion and expression” to include “freedom of the press and other media communication.”

tion to criminal defamation, there is also a tort of civil defamation at common law. Of the three forms of criminal libel, only two remain on the books in Canada. The third, blasphemous libel, was repealed by Bill C-51 in December of 2018. Bill C51 was an omnibus legislation that repealed provisions of the Criminal Code that were found to be unconstitutional, likely unconstitutional, obsolete, or redundant. Blasphemous libel in particular was criticized by free speech advocates and Members of Parliament as outdated, redundant, and likely unconstitutional.

During the consultations that preceded the passing of Bill C-51, groups such as the Centre for Free Expression and Canadian Civil Liberties Association advocated for the concurrent repeal of seditious and defamatory libel. These charges have not yet been taken up by Parliament. While prosecution for sedition has not happened in Canada since the 1950s, criminal defamation is a different story.

Members of the legal community often assume that criminal defamation is rarely prosecuted. However, this is not the case. The Canadian Centre for Justice Statistics produced statistics that at least 408 criminal libel cases were decided between April 2000 and March 2015. While few prosecutions involve charges against journalists, the trend of increased use of these provisions is nonetheless worrying for freedom of expression. The Law Commission of Ontario is currently undergoing a comprehensive analysis of the current defamation law framework in the civil context. The project highlights the increasingly blurred boundaries between professional or traditional journalism and online media. In this context, the defendant of a defamation action is just as likely to be an independent blogger or social media user as they are an established media outlet. Any consideration of the ongoing place of criminal defamation provisions must keep this in mind.

On the civil side, the 2009 Supreme Court of Canada case of Grant v Torstar has greatly diminished the restrictions that the media experience in the face of defamation allegations. In Grant, the Supreme Court accepted the arguments of the Toronto Star that the law of defamation in Canada needed to be updated in order to protect free expression and reporting on matters of public interest. Otherwise, there was a risk of a “chilling effect on what is published. Information that is reliable and in the public’s interest to know may never see the light of day.” With this in mind, the court recognized a new defence of responsible communication on matters of public importance. This defence to defamation applies to publications on matters of public importance if the publisher has made diligent efforts to verify whether the information they are reporting was true prior to publication, having regard to various factors such as the seriousness of the allegation, urgency, and whether the claimant’s side of the story was sought and accurately reported.

ly do not pose a danger to the press in Canada. While convictions for hate speech carry serious penalties when imposed, there is a high bar to conviction. For both sections 318 and 319 of the Criminal Code, consent of the Attorney General is required to proceed with a prosecution in order to safeguard freedom of expression. The Supreme Court of Canada has cautioned that “hatred” is restricted to the most severe forms of expression that “belie[] reason.” Given this high bar, publications by traditional Canadian media have generally not been captured.

At the same time, Canadian law recognizes that genuine hate speech only tenuously furthers the values of free expression. In the 2019 case of R v Sears, for example, the editor and publisher of Your Ward News, a community newspaper, were convicted for wilful promotion of hatred. In reaching their decision, the trial judge pointed to numerous specific examples of hate in Your Ward News, including glorification of Adolf Hitler and arguments that sexual assault laws were “evolutionarily backward laws.” The extreme nature of the speech allowed the court to find both the factual promotion of hatred and subjective intent to do so that is required under the Criminal Code. In the vast majority of cases involving the media in Canada, the fulfilment of these requirements has been thankfully lacking.

On March 6, 2020, the Asper Centre and IHRP cohosted a symposium on Canadian media freedom. This symposium brought together a small group of academics, civil society organizations, media experts, and leading practitioners to examine the state of media freedom and the law in Canada. The goal of the symposium is to critically examine the various legal and non-legal challenges that threaten freedom of the press in Canada, with a view to shaping future advocacy efforts.

Sonia Patel is a 3L JD student at the Faculty of Law and was a 2019 Asper Centre Clinic student and Research Assistant. 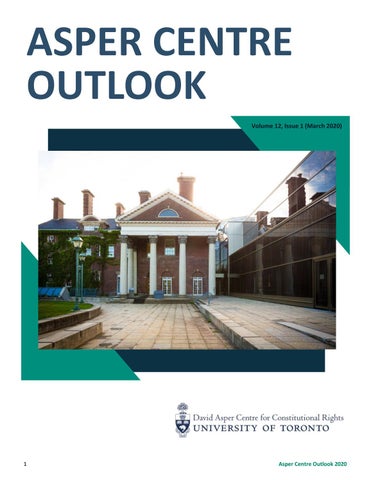 by University of Toronto Faculty of Law