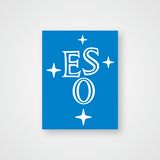 from CAPjournal 27
by European Southern Observatory 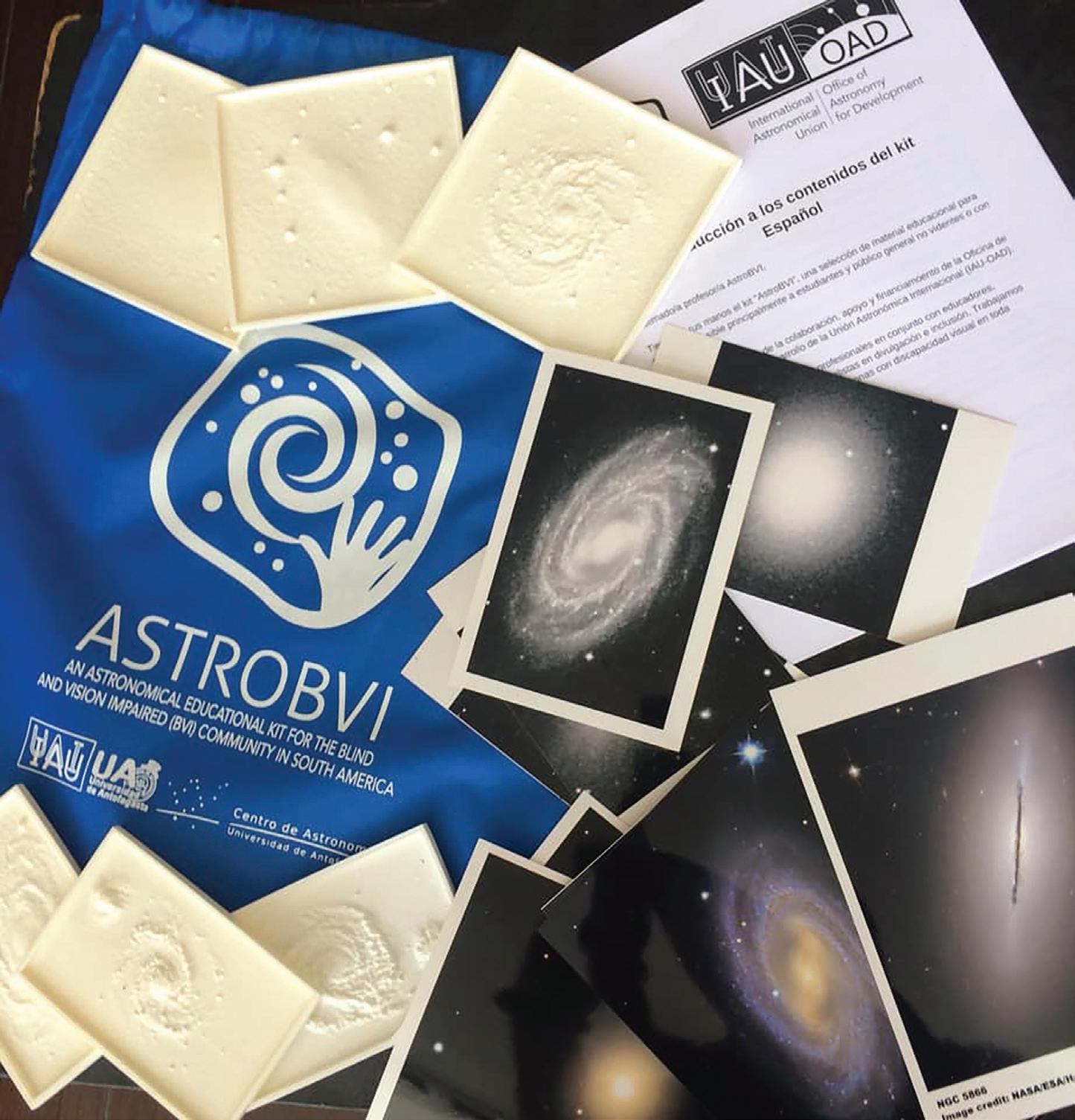 Highlights in the Implementati...

Astronomy in Indigenous Communities (AIC), previously named Astronomy for Canadian Indigenous People (ACIP), aims to use astronomy as a development tool for Indigenous People in First Nations communities of Canada. AIC’s main objective is to collaborate with First Nations communities to provide students with opportunities to explore the night sky and the universe from both Indigenous and Western perspectives. Via presentations, field trips, activities, and personal interactions with professional astronomers, we aim to stimulate dialogue between the students, their broader community, and astronomers to understand and learn from each other’s perspective of the universe. During the pilot project in 2019, the AIC team worked with two First Nations communities in the Province of Quebec: The Hurons-Wendat near Quebec City and the Abenaki near the city of Trois-Rivieres. We reached young students, members of the communities, as well as teachers. The project had four components: (i) Visiting schools in the First Nations communities to reach young Indigenous students, (ii) facilitating a visit for those students to the Mont-Megantic Observatory, (iii) organising an outreach event for participating communities and (iv) organising a webinar on astronomy for teachers. The pilot project was funded by the International Astronomical Union Office of Astronomy for Development (IAU OAD), the Canadian Astronomical Society (CASCA) and the Centre for Research in Astrophysics of Quebec (CRAQ). In 2020 version of AIC, we are targeting three communities near the city of Montreal.

For more than 150 years, Indigenous people in Canada have endured hard conditions, such as, higher rates of unemployment, poor education, bad housing and poor job prospects. Despite government efforts to improve this situation, the limited success rates of government programmes, such as the continued low levels of education and high level of school drop out (Kelly-Scott & Smith, 2015), indicate that these efforts have not been sufficient. Astronomy in Indigenous Communities (AIC), previously named Astronomy for Canadian Indigenous People (ACIP) 1 , follows a society-society approach 2 to help improve the situation of Indigenous people in Canada by using astronomy as a tool for the development of young Indigenous People. We hope that this non-governmental approach will reduce educational and occupational inequality in Canadian society by offering the youth a message of perseverance, motivation and hope for a brighter future. In this article we present the pilot project held in 2019, the current project in 2020, and our future objectives.

ACIP began in 2019 as a pilot project. During the first version of the programme, we worked with two First Nations communities in the Province of Quebec—the Hurons-Wendat near Quebec City and the Abenaki near the city of Trois-Rivieres (Figure 1)—because of their proximity to the Mont-Mégantic Observatory, one of the oldest telescopes in Canada. Our target audience was students aged 8-14 years old, as well as their teachers and broader community. The ACIP pilot project had four components:

1. Visiting young Indigenous students in Wendake; 2. Interact with Indigenous communities in Quebec City and Trois-Rivieres; 3. Bring a group of students to visit the Mont-Mégantic Observatory during the Mont-Mégantic Popular Astronomy Festival; 4. Connect teachers from Indigenous schools to the Discover the Universe programme, which provides online teacher training in astronomy.

In the first part of ACIP pilot project, we made one visit each to the Wahta’ School located in the community of Wendake, the Native Friendship Centre of Quebec in Quebec City, and the Native Friendship Centre of Trois-Rivieres in the city of TroisRivieres. The 70 Indigenous youth who participated were excited by the presentations and activities prepared by Dr. Laurie Rousseau-Nepton, resident astronomer at the Canada-France-Hawaii Telescope (CFHT) and the first indigenous woman in

Figure 1. Left: First Nations communities in Quebec Province, Canada. Below: Zoom-in of the First Nations targeted in the first version of ACIP in the Province of Quebec. In 2019, the programme involved students from the HuronsWendat Nation near Quebec City and the Abenaki Nation near the city of TroisRivieres. In 2020, AIC aims to reach three communities belonging to the Mohawks First Nation near Montreal. Credit: Secrétariat des affaires autochtones

Canada to obtain a PhD in astrophysics, and Mary Beth Laychak, CFHT Outreach Manager. During these two-hour long visits, we shared our perspective on astronomy while listening to insights of the Indigenous culture and facilitated hands on activities to engage students in the joy of “doing science” (Figure 2, Figure 3). These activities were chosen to exchange knowledge on Western and Indigenous astronomy and make connections between the two cultures. The students were also provided take away materials (stickers, calendars, edible space molecules, etc...) to connect them to their experience.

In the second part of this project, 19 students and five adults from the two centres attended the Mont-Mégantic Popular Astronomy Festival 3 organised by the ASTROlab at Mont-Mégantic Park, a darksky reserve (Figure 4). During the afternoon and evening, they attended presentations and screenings organised by the ASTROlab. The students asked a lot of questions to the presenters and animators, showing much curiosity. When the animators asked for volunteers, the students didn’t hesitate to involve themselves in the activity (Figure 5). Overnight, they went up to the Mont-Mégantic Observatory and attended activities at the summit with the astronomers of the observatory and the animators of the park. These activities included observations with the 1.6m telescope of the observatory, visits to the different parts of the observatory, and presentations about research done with the telescope. Students stayed a long time to do observation with the 1.6m telescope (Figure 6) and asked a lot of interesting questions about planets, stars, and the universe.

Following both the community visits and field trips, a few students clearly manifested their interest in becoming an astronomer or astronaut, such as two students who are now pursuing astronomy projects for a science competition.

In collaboration with Julie Bolduc-Duval, director of Discover the Universe (À la découverte de l’univers) 4 , a special webinar was expected to be offered to teachers involved in the ACIP programme. This webinar was scheduled for September 2019 but was postponed until 2020. This webinar will allow teachers to learn about activities and resources for teaching astronomy in their communities. The goal of this component is to provide tools for teachers to teach astronomy, where they can learn new activities, ask questions to experts, and get new resources helpful to teach astronomy to young Indigenous students. It is tailored to our society-society-based approach and includes a component of First Nation astronomical knowledge.

Based on the success of our ACIP pilot project in 2019, we decided to follow the same society-society approach to reach Indigenous people in other communities in Canada and use astronomy as a tool for the development of Indigenous youth.

For the now AIC project, we will target three new communities. All are part of the Mohawks First Nation in the Province of Quebec near Montreal. This geography

Figure 3a & 3b. Dr. Laurie Rousseau-Nepton and Mary Beth Laychack, both of the Canada-France-Hawaii Telescope, present to students at the Native Friendship Centre of Trois-Rivieres. Credit: ACIP 2019

leverages proximity to the Mont-Megantic Observatory. Again, our participants will be students 8-14 years old, and we expect a higher number of participants than in 2019. In 2020, the AIC project will have the same structure but with an additional component: Visiting the Rio Tinto Alcan Planetarium in Montreal.

Visits to the Schools

Like in 2019, we have contacted Canadian and other non-First Nations Indigenous astronomers to give presentations on astronomy and Indigenous cultural astronomy. They will be supported by outreach staff from a number of Canadian institutions, many new to AIC. The astronomers will talk about their own experience to inspire the young participants and motivate them to pursue their studies to have better jobs and careers. Training will be provided to the speakers so they are better prepared to engage with the students’ knowledge of First Nation astronomy rather than focusing exclusively on Western-based knowledge.

Figure 4a & 4b. Young Indigenous students play inside the ASTROLab of the Mont-Megantic Park. Credit: ACIP 2019

In 2020, student groups will also visit the Rio Tinto Alcan Planetarium in Montreal. This new activity was added to our programme thanks to the collaboration with the director of the planetarium and their vision for including Indigenous heritage in the planetarium. The staff will prepare a visit by offering different activities such as a showing of a film about the aurora borealis, Aurōrae, and other films, presented with live commentary, like the American Museum of Natural History’s Dark Universe and National Geographic’s Asteroid: Extreme Mission. The final programme will be determined later in 2020.

The same groups will attend the MontMégantic Popular Astronomy Festival in order to do a programme similar to the one in 2019. This trip programme includes a visit to the Mont-Mégantic Park and attending the presentations and activities organised by the ASTROlab during the afternoon and evening, and a visit to the 1.6m telescope at the summit during the night.

Discover the Universe online training will be offered again to the teachers of the participating students.

Figure 5. A young Indigenous student (and maybe a future astronaut) shows a certificate for exploring the Solar System, which was won by participating in the ASTROlab activities during the Mont-Mégantic Popular Astronomy Festival. Credit: ACIP 2019

We believe that while astronomy can be helpful in advancing knowledge, astronomers could also be very helpful to the development of human society. AIC, previously named ACIP, aims to play this role and use astronomy as a tool of development for Indigenous people in First Nations communities.

We hope that our society-society approach can provide another way to alleviate one of the major challenges of high school-dropout rates and lower levels of education in Indigenous communities. By creating connections with the communities, delivering positive messages of motivation and perseverance, and breaking walls between the youth and their ambitions, AIC helps each child go beyond their dreams.

Figure 6. A group of students with the 1.6m telescope of the Mont-Mégantic Observatory. Credit: ACIP 2019

2 The “society-to-society” approach is an initiative coming from a member of the society to support other members in the society in order to improve the other member’s social, economical and financial situation.

5 If you want to help, collaborate, or if you have ideas to improve this project, please contact the AIC team.

Ismael Moumen is a PhD student under a co-supervision of Laval University and CFHT. He is a leader of the Astronomy in Indigenous Communities (AIC) project and is involved in many socio-scientificprojects aiming to democratise astronomy and use it as a tool ofsocietal development.

Nicolas Cowan is an associate professor at McGill University. He studies the climates of exoplanets, advocates to protect the climate of our planet, and strives to create an equitable and welcoming environment in the physical sciences.

Samar Safi-Harb is Professor of Physics & Astronomy and Lead for Equity, Diversity and Community for the Faculty of Science at the University of Manitoba. Her research explores the aftermath of supernova explosions of stars and high-energy astrophysical phenomena that fascinate the public and the next generation of scientists.

Julie Bolduc-Duval is the director of the educational program Discover the Universe where she helps K-12 teachers by providing astronomy workshops and resources. Involved in many science education initiatives, she is also passionate about making the world a better place through astronomy and education.

Mary Beth Laychak is the Outreach Manager of the Canada-France-Hawaii Telescope.

This story is from:
CAPjournal 27
by European Southern Observatory