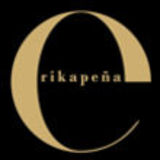 Erika Peña is a jewelry designer whose multi-cultural upbringing has shaped her jewelry designs into culturally sound pieces of fashionable art and has captured the attention of fashionistas worldwide. The influence of her travels and cultures has led to Erika becoming a universal sensation.

Peña, the daughter of Dominican parents, moved to Florida at the age of three. At 18, she relocated to New York City where she studied fashion design at Parsons Design School . Here, her skills were honed working and collaborating with fashion labels like Donna Karan and Josie Natori.

After graduating and returning to Puerto Rico , Peña worked as a representative selling designer lines. However, her drive and determination pushed the designer to venture into uncharted territory.