A Call to Climate Action 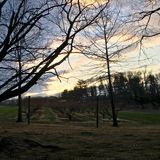 from The Trail - Volume 12, Issue 3
by epibtrail

Climate change poses one of the most important challenges facing humanity in this century, as it threatens life as we know it and requires swift collective action. Climate change has oftentimes intimidated individuals from action— individuals who have otherwise rejected hope for any viable solution as a result of how overwhelmingly vast of an issue it has become. While our individual efforts unequivocally contribute to the greater whole, one of the biggest assets we have as a collective is our right to practice climate action. Climate action is an important aspect of any nation as it allows for citizens to exercise their rights to free speech and speak out against an unjust government and its laws.

World leaders should be mobilizing the people of all nations to help solve the climate crisis, yet these

leaders and governments are the ones responsible for making the crisis worse. Many world governments and leaders have failed to acknowledge the urgency of climate change and the immediate threat it poses. As a result, climate change protests have erupted around the world within the last few months, with movements spreading across different continents.

Hundreds of thousands of people have gone on strike to demand action on climate change. The photo on the following page shows thousands of activists who gathered in Hamburg, Germany on September 20, 2019 to demand action on climate change (Sengupta). Young people across Germany have led the global initiative by going on strike from school every Friday, formally known as Fridays for Future. Led by 16-year-old Swedish climate activist Greta Thunberg, this movement calls for governments to take more action against the immediate threats of climate change by reducing CO2 emissions to and below limits set forth by the 2015 Paris Agreement.

action, while our domestic efforts, similarly, have been nothing short of inadequate. President Trump has regressed from much of the progress President Obama made during his time in office by repealing legislation designed to achieve a more sustainable future. The Environmental Protection Agency (EPA) under the Trump administration unveiled a proposal last December to roll-back the Clean Water Rule established under the Obama administration, which was designed to expand federal protections for countless waterways and wetlands across the country. Trump has also managed to increase logging on public lands by 30 percent, while also calling for the EPA to loosen its regulations on toxic air pollution and to withdraw from the Paris Climate Agreement (Gibbens). This results in less U.S. leadership in international climate change initiatives and agreements.

climate change become irreversible (Irfan). By rolling back from the Clean Water Rule and other environmental policies, Trump has essentially allowed for multi-billion-dollar oil companies to continue exploiting the Earth’s natural resources despite warnings of the forthcoming disaster.

As planet Earth is in the midst of its sixth mass extinction, world leaders such as President Trump should be taking initiative over the restoration of our planet. Instead, he continues to deny that climate change is a real and imminent threat. Instead of preserving our natural wildlife or reducing U.S. dependence on fossil fuels via transition to renewable energy alternatives, President Trump has made claims such as “windmills cause cancer” in an attempt to deter the American public from the effectiveness of potential renewable energy options (Greenberg). This misinformation and resource exploitation indicate that our interests are not being rightfully represented in Congress. It is for this reason that climate action has become our strongest hope for action in the face of the climate crisis.

While the United States may not yet be on the same level as other countries in terms of climate activism, certain areas of the country have already stepped forward to participate in the global strikes that occurred this past September. At our very own Rutgers University–New Brunswick, around 600 Rutgers s tu d en ts , fa cult y, an d community members held a rally at Voorhees Mall and marched down to Representative Frank Pallone's Church St. office on September 27th. Organizers of this action have expressed clear distaste for Rutgers’s minimal efforts to combat climate change. Student and faculty activists demand that Rutgers develop a climate action plan immediately to divest from fossil fuels by 2024, to oblige by net-zero carbon emissions by 2030, and to construct an Office of Sustainability by the end of 2020. Additionally, these organizers want Congressman Pallone to support a strong Green New Deal and to create measures to implement it.

A crowd protests outside of Rep. Frank Pallone’s office .

This action plan is one that will require tremendous cooperation and determination to implement, but our fight for justice has only just begun now that climate action is emerging at our doorsteps. I strongly encourage everyone to join the call to action and participate in your next local climate strike as these are the measures we must take to elicit the change we want to see. You can make a difference. Our local Climate Strike on September 27th led University President Robert Barchi to create the President’s Task Force on Carbon Neutrality and Climate Resilience. This is just the beginning….

This story is from:
The Trail - Volume 12, Issue 3
by epibtrail