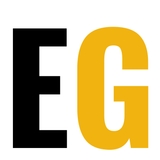 New KSU President, Kathy Schwaig, along with Southern Polytechnic College of Engineering, aim to build on track record of success

In February of 2019, Dr. Kathy Schwaig was elevated to the role of Provost at Kennesaw State University, putting her in charge of all the school’s academic departments. Soon afterward she toured the University’s Marietta campus, home to the Southern Polytechnic College of Engineering and Engineering Technology—and for the first time, truly realized why the engineering program has been so central to Kennesaw State’s growth.

“I had not been around an engineering college either as a student or an administrator,” recalled Schwaig, who has a background in information technology. “I was probably most blown away by the labs, and the practical nature of the education that the students get. Some of the labs are massive, and walking through them and watching students build and design things, I was very, very impressed with it.” N

Today, Schwaig oversees not just academic departments, but all of Kennesaw State itself. In March she was named the new President of the third-largest university in Georgia, with 43,000 students. The majority of those students are from Georgia, and stay in Georgia after graduation—meaning that the Southern Polytechnic College of Engineering and Engineering Technology will play a major role in filling the engineering talent gap in the Peach State.

“I think it's a huge role, and I think it's an obligation. I think it's a responsibility that we have in a state that has been very generous with public support of higher education. So that is our job, that is our expectation. Our Board of Regents is going to look at us and ask the question, what are you doing to meet that demand?” said Schwaig, who spent eight months as Interim President of Kennesaw State before being elevated to the role on a permanent basis.

“We’re always going to have that very relevant, very pragmatic approach, even as we've moved into to being a research institution. That’s the focus of the research our facility does, and it's very translatable to industry. That's the heart and soul of what we do as an institution. It's about educating the next workforce, but also educating Georgia citizens of the future so that they can continue to learn throughout their careers. And that's a core element of what higher education has to do today.”

A Texas native with degrees from Baylor University, Johns Hopkins University and the University of South Carolina, Schwaig joined the faculty at Kennesaw State in 2002. Since then, she’s served in a variety of leadership roles at the school—including interim chair for the departments of accounting and computer science, dean of the college of business, and endowed chair of entrepreneurial management.

In early 2019, Schwaig was named Kennesaw State’s Provost by then-President Pamela Whitten, a role which made Schwaig the school’s No. 2 administrator, overseeing the deans of the University’s 13 colleges. It was in the provost’s role that Schwaig truly began to appreciate the breadth of KSU beyond the colleges where she had previously worked. She learned about other academic departments, about facilities, about the athletic programs, about marketing and communications, all of it at a university-wide level. N

Schwaig was Provost until July of 2021, when Whitten was selected to become President of Indiana University. Schwaig moved into the interim president’s role, and was clear to the Board of Regents of the University System of Georgia (USG) that she wanted the permanent job. “You kind of have to speak out,” she said. “You have to say, ‘I am interested, I would love to have this opportunity.’ But then you get into the process, just like everybody else.”

Kennesaw State conducted a national search for its next President. Schwaig applied for the position, and believes her familiarity with the University, and the variety of leadership positions she’d held over nearly two decades at the school, worked in her favor. On March 15, USG announced Schwaig as Kennesaw State’s new President.

“As a longtime member of the KSU community,” USG Acting Chancellor Teresa MacCartney said, “she has been a major part of its journey to become a force for student success in higher education.”

Schwaig has seen Kennesaw State’s growth firsthand. When she first arrived in 2002, the University was primarily a commuter school with 15,000 students, 80 percent of which were age 28 or older. It was just beginning to open residence halls. Kennesaw State had achieved university status only six years earlier, the school’s athletic program competed at the NCAA Division II level, and the debut of the football program was still 13 years away.

Now, Schwaig oversees a university with a larger enrollment than that of the University of Georgia, with 6,500 residence hall beds and 90 percent of students aged 18 to 22. In 2018, it became one of 259 institutions to carry a Carnegie doctoral research designation. And the football team has evolved into one of the best in the Atlantic Sun Conference.

“It’s fun to put all those elements together and watch them develop,” she said. “Hopefully they take deep roots during my presidency and continue to grow and flourish for decades to come.”

MOVING QUICKLY TO RELEVANCE AND IMPACT

“The consolidation of these two fine universities will create an educational and economic powerhouse for the State of Georgia, and for that matter, the nation,” then-KSU president Dr. Dan Papp said after the merger was announced. Those words proved prophetic: as of the fall of 2020—the most recent year for which figures are available— KSU’s engineering school had 5,048 students, making it Kennesaw State’s third-largest by enrollment. N

“Something has been created that far exceeds what either campus was individually before,” Schwaig said. “KSU is better because of the majors and degrees that are on the Marietta campus.”

The Southern Polytechnic College of Engineering and Engineering Technology has grown to offer 12 undergraduate degrees, 13 engineering minors, six master’s degree programs and one engineering doctorate. It added civil, electrical and mechanical engineering degrees in 2009, and programs in aerospace, robotics and mechatronics have followed.

“Our focus is on industry needs,” Schwaig said. “Because our faculty members are so connected to industry, they're going to have a good sense of what is coming next. And so, in this way, if we put something new on the books now, if we create a new program, it's because there is high industry demand for employees that are educated in that space. So that's what we're always looking for.”

Kennesaw State’s engineering program is grounded in relevant industry experience; faculty members all have it, and students work toward it with a heavy emphasis on laboratory work, the reason behind those large

lab buildings that Schwaig noticed when she first toured the Marietta campus as provost. Students quickly put theoretical knowledge to work through building, testing, and experimenting—just as they’ll be doing after graduation.

“A few weeks ago, I toured one of our local engineering firms that just has a big desire to hire our engineering technology graduates, who are very hands-on and very pragmatic. They not only help in the design of things, but they build the prototypes, or they build the mock-ups. I think our reputation is very, very strong for producing work-ready, high-quality graduates. They are work-ready when they get out,” Schwaig said.

“We have faculty that for the most part came from industry, so they understand where these students are going. And they build programs that I think are relevant, and still have a theoretical base, which is important. That's what higher ed adds to the conversation, and we have faculty that understand the theory, and are doing research in that in that area. But they take it very quickly to relevance and impact. We don't sit in the theoretical very long.” N

STANDING OUT EVEN AMID TECH’S SHADOW

That approach has its roots in the genesis of Southern Polytechnic State University, which was founded in 1948 to address the state’s technology-related workforce needs in the wake of World War II. Of those first 116 students, all but 10 were war veterans. The school was initially established as a two-year branch of the Georgia Institute of Technology, with which it maintained an affiliation until it broke away to become independent in 1980.

Of course, it’s impossible to discuss engineering education in metro Atlanta and the Peach State without acknowledging the large shadow that Georgia Tech casts from its Midtown campus. Georgia Tech enrolled more than 8,000 undergraduate students into its engineering college in 2020, part of Tech’s 43,859 total student enrollment.

And yet, Kennesaw State has managed to not only carve its own niche in the metro Atlanta engineering landscape, but also see continued growth in an engineering college that had 3,500 students in 2015. Once again, it’s the pragmatic approach that helps KSU stand out.

“The engineering technology piece of what we do, that's why that campus was created—to be less theoretical, more practical, more hands-on,” Schwaig said. “The educational experience that you can have at Kennesaw State and our engineering college is very, very attractive to students. Georgia Tech has a very prestigious program, but it's very hard to get into their program. And there are a lot of highly qualified students that we're happy to educate at KSU. The quality of the students that we have is extraordinary, and it only continues to get better.”

The growth at KSU continues. In 2016, Southern Polytechnic College of Engineering and Engineering Technology began offering an online graduate degree program in engineering management. A bachelor’s degree program in computer engineering followed the next year. In 2021, the University of System of Georgia approved a Master’s in intelligent robotics system, and a doctorate in interdisciplinary engineering—the first engineering Ph.D. offered by the university’s engineering program.

And upon completion, the overwhelming majority of those graduates will put their degrees to work in the state of Georgia.