Effecting change – the case for a national energy agency 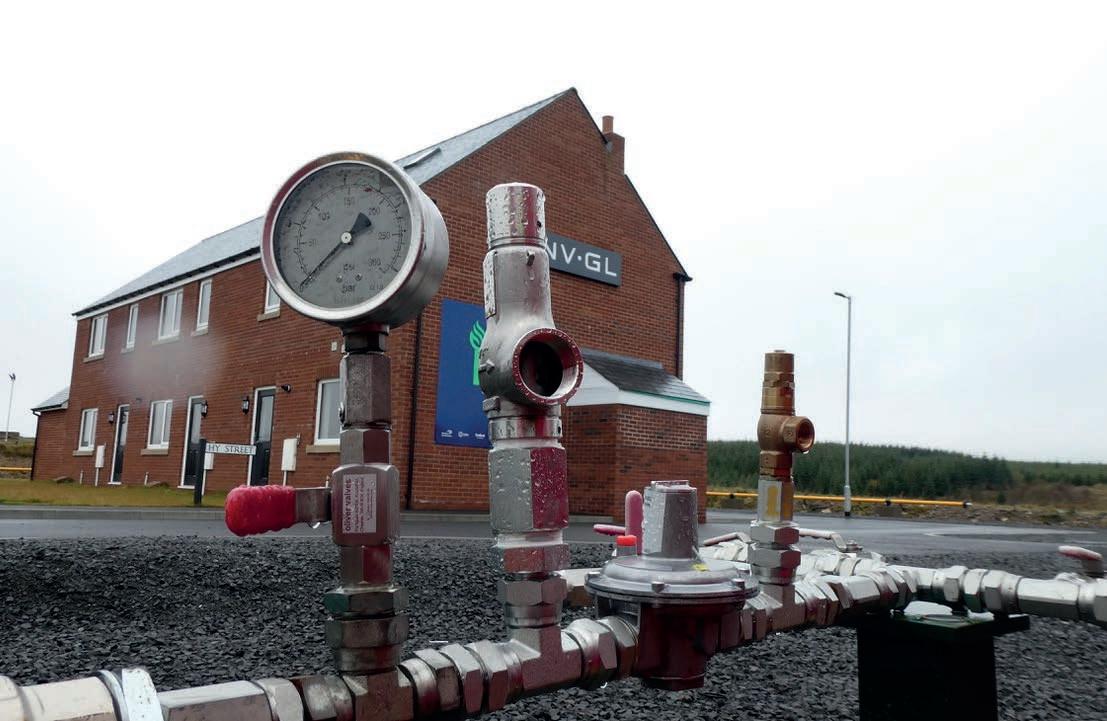 Putting hydrogen to the test

The Ten Point Plan for a Green Industrial Revolution, announced by the Prime Minister last November, sets out an ambitious set of targets to put the UK on a path towards its legally-binding target of achieving net zero emissions by 2050. These included a ban on petrol and diesel car sales and a quadrupling of the amount of offshore wind by 2030.

In December, this was followed by the long-awaited Energy White Paper, which provided some detail on these targets and how they might be achieved, but also pointed to a series of upcoming policy statements in 2021 to provide further details.

These decarbonisation targets are stretching. Yet there has been little mention in these announcements about the delivery mechanisms and specifically the institutional architecture needed deliver them.

The Energy White Paper does reference needing to ‘review’ the governance arrangements for the GB energy system, and (at the time of writing) we are expecting some form of consultation to emerge from the Department for Business, Energy and Industrial Strategy (BEIS) on this early in 2021. As well, we await the conclusions of Ofgem’s Review of the role of the System Operator, set up after the power cuts of 9 August 2019. But, as yet, very few details have emerged on the government’s real intentions for the institutions needed to deliver net zero.

If I were still in government, my advice would be to establish an independent, expert ‘National Energy Agency’ to advise government on the energy system needed to help deliver net zero at least cost to consumers, whilst keeping the lights on.

There are three main reasons for this recommendation:

• second, the limited bandwidth in Whitehall to carry these out, given COVID and Brexit; and

• third, the opportunity to think holistically about the institutions needed for net zero, given the future of the System Operator is already under review by both BEIS and Ofgem.

Let’s take each of these in turn, starting with the implications of net zero.

Net zero changes everything. It will change all our lives – the cars we drive, the way we heat our homes, the way our businesses and industries operate. As a result, the next phase of decarbonisation is also going to feel far more intrusive than what we have delivered thus far.

To date, decarbonisation in the UK has largely been about the power sector – taking coal off the system and growing the share of renewables in our generation mix.

Some people will have had solar panels or a ground source heat pump fitted but, for the majority, their lives will have been largely unaffected by this change. That won’t be true going forwards. With the route to decarbonising the power sector increasingly clear, the focus now is on how to decarbonise heat, industry, transport and other sectors of the economy, such as agriculture.

This next phase will require a step change in systems thinking, for example, analysing the implications for power demand of the take up of electric vehicles (EVs) or heat pumps; or thinking through how best to utilise the excess renewable generation on sunny or windy days.

Couldn’t we just leave this to the market to resolve? Yes, it would be possible to let the market address these issues, if system and balancing costs were properly considered and the price of carbon was set at a level consistent with delivering the targets the government has set. The externalities created by using intermittent technologies, or fossil fuels, would then be reflected in investment decisions and the market could respond accordingly.

But, sadly, history suggests that this won’t happen. Investors currently only know about the price of carbon in the year ahead, which makes investment decisions in assets lasting decades extremely hard to make.

There are also monopoly elements of our energy system, like the gas and electricity networks, that can’t just be left to the market and need some form of regulation and strategic planning. Decisions about whether we need the gas network to carry hydrogen in the future, or how best to develop an offshore grid capable of delivering the government’s target of 40 GW of offshore wind by 2030, can only be taken by government.

Net zero also gives rise to new functions that need to be carried out, like providing the specialist expertise to local authorities and City Regions to help them deliver their Local Area Energy Plans (LAEPs), and ensuring that these local plans add up to what we need to meet our national carbon reduction targets.

There is precious little bandwidth in government or Ofgem to take on new responsibilities like this, or do this level of system thinking given other pressures, including COVID, Brexit and managing the current regulatory system.

For example, there were around 200 civil servants involved in designing the Electricity Market Reforms (EMR) under the coalition government, the last major set of energy market reforms undertaken in GB, which I was responsible for when at the Department of Energy and Climate Change (DECC). Today, there is only a fraction of that number doing energy strategy work in BEIS, despite the complexity of the task being much greater now, reflecting the many pressing demands the department faces.

So the need for systems thinking has never been higher; yet the capacity to do it is at an all-time low.

The final point is about timing. The government and Ofgem are already reviewing the role of the System Operator, and whether it should continue to operate as a legally separate part of National Grid, or be moved out entirely into a new body. This is therefore the perfect time to be thinking holistically about what functions that new body should carry out if it were to be created.

In my view, the National Energy Agency would:

• Have lead responsibility for advising the government on how best to develop the energy system to achieve net zero at least cost to consumers, whilst ensuring security of energy supplies.

• Lead the national debate on what investments are needed in the energy system, across power, heat, industry and transport, to achieve net zero, building consensus around these measures. This would include investments in the power and gas grid network on and offshore.

• Run the competitive tenders to deliver this infrastructure, once assessed and approved by Ofgem, as being in the interest of consumers now and in the future.

• Take on responsibility for advising local authorities on their Local Area Energy Plans (LAEPs) and assessing whether these local plans add up to what is needed at a national level to hit the carbon budgets.

• Be separate from the Climate Change Committee (CCC), which advises government on the carbon budgets and steps needed to adapt to climate change.

• Take on the strategic advice and market planning functions from BEIS, Ofgem, and National Grid.

• Be staffed by energy experts, drawn from these existing bodies, industry, the advisory sector and academia.

• Be run on a not-for-profit basis.

• Be accountable to the BEIS Secretary of State, who would appoint the Chair.

In other sectors, we have seen similar functions outsourced to specialist agencies, filled with deep subject matter experts and able to advise democratically elected politicians on the best way to achieve statutory targets. Examples include:

• National Air Traffic Services (NATS), which manages the complex system that is air traffic control to a set of standards set by the government and the Civil Aviation Authority;

• Transport for London (TfL), which manages different modes of transport in London to minimise costs and travel disruption, and is accountable to the Mayor of London; and

• Bank of England, which runs monetary policy to achieve a government-set inflation target.

Internationally, there are a number of precedents for independent agencies providing this kind of strategic advice and management of energy market issues, including in Australia, with the Australian Energy Market Authority (AEMO) and the US, with PJM, or ISO New England.

There are many different governance models that could be used. Some are effectively government agencies. Others have a greater degree of private sector involvement. The NATS model, which combines a private sector ethos with public service objectives, could provide a useful precedent on which to base the National Energy Agency, as it combines elements of both private sector efficiency with public accountability.

Other steps would be needed alongside creating a National Energy Agency to ensure alignment of objectives. In my view, it would make sense to change Ofgem’s remit now to align with the new overall objective of energy policy – to achieve net zero at least cost to consumers, whilst ensuring security of supply. Similarly, other investment frameworks, such as the Treasury ‘Green Book’, would need to be changed to align with the new over-riding policy objective to ensure consistency in decision-making across government.

The UK has a long and proud tradition of pioneering new approaches to energy regulation. Just as the old RPI-X model established post-privatisation with a focus on cost efficiency evolved into RIIO, with a broader focus on outputs and incentives, the current framework now needs to evolve into one capable of delivering net zero at least cost to consumers. Now is the time to consider what institutions we will need to hit the 2050 target, rather than focusing on incremental changes to the current institutional design.

In doing so, the UK could continue to lead the way in designing regulatory frameworks for the achievement of net zero, just as we did post-privatisation, when the focus was primarily on cost efficiency.

Simon Virley CB FEI is Partner and Head of Energy and Natural Resources at KPMG in the UK. He was formerly Director General for Energy in the UK Department of Energy and Climate Change from 2009–15. He writes here in a personal capacity.
This story is from:
Energy World February 2021
by Energy Institute magazines