The Revolution of Mass Emotion in the Television Broadcast Industry 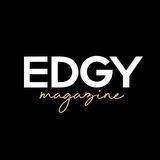 from Edgy Mag Internatonal
by EDGYMAG

You might have heard of emotional contagion, a phenomenon where an individual expresses and feels emotions similar to what the others feel, but have you heard of mass emotions and their use in broadcast television?

Savik Shuster is the first to introduce this amazing modern way to interact with the audience and understand their perspective by measuring their emotional reaction during a live TV show broadcast.

Savik Shuster is the President of Open Mind Foundation as well as a prominent journalist, writer, and host of a highly popular TV talk show. He and his team spent years researching and developing a study that helped them create a mechanism to interact with the viewers inside the studio and those watching elsewhere.

One may wonder how it is different from any other ongoing methods of interactions. Because people can hold their verbal or the selective opinion, but they cannot lie about their feelings which are measured through mass emotion and we can get more accurate data about their opinions. We can now better understand how most people feel about something, even if they choose not to express their opinions by selection a choice option.

The initial successful experiments conducted in Ukraine continue today. For one show, a set of one hundred people representing the country by gender, age, region, and income were invited to the studio for each live broadcast of the show. These select viewers’ opinions can be considered the opinion of all Ukrainians, with an expected margin of error.

Each member in the audience is given a tablet. The studio uses the ASUS V161 all-in-one computer because the connector positions are easy to patch on both outputs and inputs, making it more convenient. The computer also supports the steady and accurate functioning of the MindWeight software, which provides real-time data to the host and helps draw real-time charts to demonstrate the results for the audience. Savik Shuster hosts the show, and he is also the concept writer.

At the beginning and end of the talk show, the host asks the audience to indicate which emotion they were feeling when they came to the show, given three possible answers: the hope for a better tomorrow, the fear of what tomorrow might bring, or a sense of humiliation due to the country’s current circumstances. The

“PEOPLE DO NOT LIE ABOUT THEIR FEELINGS, AND THE PROCESS OF MEASUREMENT VIA MASS EMOTION UNITES THE TRUTH.”

results are displayed immediately on the studio’s large screens.

The changes in these emotions are indicators of people’s reaction to statements made by the representatives invited to the show. The results demonstrate societal opinions and trends during the broadcast. This is the rational ballot. The host can ask the audience any question during the show and the answers are recorded immediately, reflecting the real-time public opinion on the key problems discussed.

During the lockdown, the show’s management was unable to bring the audience to their studio. To keep the country connected to the show, Savik and his team launched an alternative IT project. With the help of the country’s best programmers, they created a special chatbot to communicate live with the audience. Currently, there are up to thirty thousand participants sharing their opinions in live shows, and the community grows with each show. Any spectator can become a part of the show and express his or her opinion. This brings us to the next level of measuring mass emotions, which is more interesting and is improving each day. Savik used face recognition with the help of special cameras and software. By using the eye-tracking and face-reading methods, the data is evaluated and published in real-time on the studio’s screens.

Savik told Edgy Magazine “Our research showed that even the eye-tracking and the face reading is not enough to get the accurate data. For a complex analysis and improved emotional recognition, we are creating special devices that can measure a person’s physio-psychological state. The new program will consider social, situational, and even temporal context.”

According to Savik, the study of collective emotions in a specific territory can tell us a great deal about the state of mind of that territory’s population. Such a study can help to determine the reasons for popular discontent. He said, “Now my colleagues and I are initiating a new interdisciplinary project on exploring the impact of collective emotions on civilization.”

Savik said, “All the time I get after my journalistic and social responsibilities, I spend it on the project of ‘Mass emotion’ and the research about the collective thought process of a society. This can help us understand the people better and can help promote the values. Promote social respect and balance among various sections of society. If you can figure out the trigger points in a society, you can easily counter them and create a tolerant society by getting rid of fewer spoken unsettling issues.”

The use of this method in measuring mass emotions in real-time can make data collection an instant reality. Television broadcasting can have new meanings for the twoway medium of correspondence with prompt responses. Lots of organizations can benefit from this method and save time in collecting the data swiftly, which was extremely time-consuming in the past.

This story is from:
Edgy Mag Internatonal
by EDGYMAG