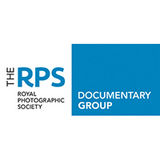 A series of photojournalistic images taken while on assignments for wire services and media companies. The images cover political moments from the presidential candidacies of Donald Trump, Bernie Sanders and Joe Biden as well as of social unrest and protests following the 2016 presidential elections in the U.S. The protest images include images from the Muslim ban, Dakota Access Pipeline protests, family separation and detention, Students’ March Against Gun Violence & Black Lives Matter.

All the images submitted were captured for the purpose of publication.

Protesters upset over Donald Trump’s election as the President of the United States shut down the Hollywood (101) Freeway in downtown Los Angeles.

Anti-Trump protester (Left) and a Trump supporter (out of the picture) are pointing fingers and yelling at each other as the Republican Presidential candidate, Donald Trump, campaigns in Anaheim, California.

The step up to Fellowship is significant and not to be underestimated.

Technically everything must be appropriate, with the “highest levels” of craft required, there is no room for error. Your intention as photographer will be clear, visually tackling your aims and objectives without distraction. The cohesion of your work will demonstrate a real and evident individual, personal vision, by which it will be identified as the work of a single photographer. This personal understanding and individual vision of your work, your aims, and your objective, will really add to that distinctive and distinguished portfolio we are looking for. You will see this through Ronen’s submission; he likes to be at the centre of the action and builds his images on that proximity.

Whilst the level of photography is clearly Fellowship, particularly understanding the reason for your work, your photographer intent, is vitally important. Learning to identify what you want your work to do, to say, and where it is you fit, forms part of the many elements of the self-education process that is the Royal Photographic Society Distinctions. There are obviously points where projects could/can cross over between genre depending on your personal intent and that of the particular body of work.

So Ronen’s techniques are all appropriate to his approach. Just from the images it is clear this is someone accomplished at producing photojournalistic images. His individual approach of getting right into the action creates drama and dynamism that at appropriate moments are enhanced with additional techniques; movement, depth-of-field. His compositions are tight, sometimes even cropping part of the information out, but this can just serve to intrigue more as photo-journalism that works.

Ronen has edited four years of events into a body of work that looks very cohesive. Yes there is the technical tonal range, contrast levels, no colour shift in the monochrome. But now this is Fellowship it is more than style, the arms in the air, the mouths open, it is in your face, it is confrontation. Well, all but the Muslim ladies, which is equally as confrontational by their passiveness.

The presentation is Images For Screen and so in sequence, the one image following the next and, in this submission, there is no let up. It starts with the figure that defines these four years in the US and is impact following impact. This does not mean every Fellowship has to be about impact, remember this is just one photographer’s clear intent.

So why Applied and not Documentary? Well the difference here is that the submission as a body of work is more diverse, in essence each photograph is a headline image on its own, distinct, and importantly each intended to illustrate a headline. So whilst there is an underlying theme of unrest in the United States this is not a single complete story. It covers too many elements - different issues, different groups with different political figures behind, and some might say the ones responsible for the headlines. There is a clear intent that these would be newsworthy and publishable images. It does not contain the single clearly communicated narrative that would be appropriate to making the Documentary Genre the most appropriate route. Just one idea of how this could be achieved would have been to take just a single issue, e.g. Students’ March Against Gun Crime, and more fully explore and communicate a detailed understanding of that particular issue.

Remember Fellowship only has a maximum of 21 images as a print or Images For Screen (IFS) submission and so you need to accept the constraint and tailor your intent, developing your story to fit within that space. Of course this is also where the Statement of Intent (SOI) can really provide you benefit. Ronen has written an excellent Applied example of a SOI. He has been very specific the intended end use and gives a sense to the events covered. It does not deal in technical information, it does not ask for sympathy for challenges faced, it does not over promise on images. It acts as an introduction; we know what we are about to view, and he lets the images do the rest.

Ronen’s panel is featured on the RPS website as one of the example FRPS submissions (rps.org/qualifications/frps/example-fellowshippanels) and RPS members can read in interview with Ronen in the September/October edition of The RPS Journal.

My photojournalism career started 32 years ago with my service as a military photographer. I am now based in Los Angeles, working as an independent photojournalist. My work has focused particularly on politics, social issues, breaking news, and wildfires where I provide editorial images to media companies and wire services.

This year, I was awarded a Fellowship by The Royal Photographic Society for my submission, American Politics & Unrest, 2016-2020. The images for this body of work were selected based on their emotional and visual impact as well as their historical value. I sequenced them using a mix of wide images and close-ups to provide visual variety. The first image in the series is of Donald Trump, who was then a candidate, in one of his first and few campaign stops in California. Then we move to the second image which was taken the same night, outside the campaign rally, and shows law enforcement officers, in riot gear with batons, responding to mass anti-Trump protests. From there the series follows the many protests and political campaigns that followed the 2016 Presidential election.

Access at political rallies is controlled by the candidate’s campaign team. We, the press, normally only get access to the “buffer zone”, an area in front of the stage, at the beginning of the event and a few minutes before the event concludes. My goal is to make as many images as I can from a variety of angles and to photograph a range of subjects such as the candidate, special guests, and supporters. I pay close attention to the speaker’s body language and facial expressions, getting images of both the candidate or speaker and the supporters’ reactions. In general, I try to get my images as quickly as possible while trying to maintain situational awareness. I photograph from a variety of angles, locations, and focal lengths so that I end up with images that are drastically different from each other and provide fuller coverage. Since a publication is not likely to run an article with two that look very similar to each other, I try to provide editors with as many uniquely different images as I can.

I always have a clear mental or visual idea of the images I want to get while at the same time being flexible enough to recognize other good photo opportunities that are not on my list. With experience you learn to recognize the moments, gestures and expressions that make good pictures. For me, the images with the most impact are the ones that capture decisive moments, show emotions, gestures, expressive body language, and have a visually appealing composition and hopefully some interesting light.

Different assignments require different preparations. For example, when covering the massive and often deadly wildfires in Southern California I have a ready-to-go container with flame-resistant protective clothing, eye protection, a helmet, an air filtration mask, a first-aid kit, and an AC power inverter so I can charge batteries.

It’s also important to know the weather forecast and, most importantly, if there is going to be wind. In South California there is a weather pattern called the Santa Ana winds in which the winds can reach 30-40 mph with gusts up to 50 mph. Wind-fueled fires are extremely dangerous as they spread quickly and erratically as the wind direction changes. In case my car gets stuck in the sand or mud, I also carry vehicle recovery gear like traction boards, a shovel, tyre deflators and tyre inflators, a car battery booster, and a fire extinguisher.

But now, having spent the last seven years covering almost nonstop social unrest, protests, political events, and wildfires, I feel a need to balance some of the negative things I have seen by getting out to photograph nature and wildlife.

This story is from:
RPS The Decisive Moment - Edition 20 - September 2020
by Documentary Group, Royal Photographic Society