Dangers of lightning in open areas and vehicles 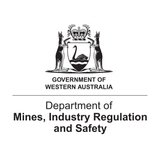 from ThinkSafe vol. 2 no. 2 May 2020
by Department of Mines, Industry Regulation and Safety

Lightning is a hazardous weather phenomenon and common across Western Australian mine sites and workplaces.

Employers and workers must take precautions to prevent exposure to lightning, as it is an occupational hazard in Western Australia with a high probability of injury if a worker is struck.

Employees involved in working outdoors, on or near tall objects, near conductive structures or in vehicles during a lighting storm are at an increased risk.

How workers can be affected by lightning

There are different ways people can be affected by lightning.

During a direct strike to a person, the electrical lightning current that appears at the base of the lightning channel is injected into the body from the point of strike.

People may be hit by a side flash. These occur when lightning strikes an object, for example, a tree or a sea container, creating a potential difference between the object and the person.

Touch voltage happens when lightning current flows along an object, for example along a structure, tree or a wire fence that has been struck by lightning, and a potential difference is created between the ground and any other point on the object.

Shockwaves caused by rapid air expansion can seriously injure a human at close vicinity of a lightning flash. As the channel 3 temperature rises to about 24,000 – 30,000 degrees Celsius in a few microseconds, the pressure in the channel increases causing rapid expansion of air creating a significant shock wave. The overpressure generated by thunder at the source may approach 10,100 kPa (1,470 psi) whereas a shock wave of 275 to 344 kPa (40-50 psi) might rupture an eardrum.

Medical attention should be sought immediately for all lightning related injuries.

The person may be able to answer questions but may be confused and amnesiac regarding the event. Short term memory may be affected for days.

The person may experience cardiac arrest but recover spontaneously, be disoriented, paralysed in the lower limbs, suffer burns and lose consciousness during the event.

The person may suffer respiratory arrest and cardiac arrest which may result in brain and organ damage.

Safe work systems, procedures, training and safe management practices should be in place as preparation for potential lightning strike hazards.

If workers are caught outside without building or vehicle shelter, the following actions will reduce the risk of being injured by lightning:

Stay away from objects that conduct electricity such as wire fences and gates, power lines, electrical and instrumentation circuits.

Never lie flat on the ground – it is better to crouch down with your feet together.

Stay more than three metres away from other people caught outside.

Stay away from bodies of water.

A lightning strike on a vehicle introduces increased hazards to employees.

Hazards include risk of vehicle fire, short-circuiting electrical systems and if the vehicle is being driven, loss of vehicle control due to tyre failure, driver injury or failure of braking or steering system.

A lightning strike on a heavy tyred vehicle may cause pyrolysis. Pyrolysis causes the inner liner of the tyre to rapidly heat, releasing gaseous, volatile, organic compounds into the tyre air chamber.

Under certain conditions, this mix can auto-ignite, be explosive immediately or with delay.

When pressure exceeds 6,900 kPa, debris may be propelled hundreds of metres which is potentially lethal to workers in the vicinity.

Sheltering in a stationary vehicle is safer than being in the open however, vehicles, including heavy tyred vehicles are not designed to be a faraday 4 cage. Enclosed rollover protection structures (ROPS) may offer minimal and uncertain protection.

During a lightning storm, never step onto the ground from the vehicle and never touch metal connected to the outside of the vehicle.

Preparation and safety during thunderstorms

This story is from:
ThinkSafe vol. 2 no. 2 May 2020
by Department of Mines, Industry Regulation and Safety